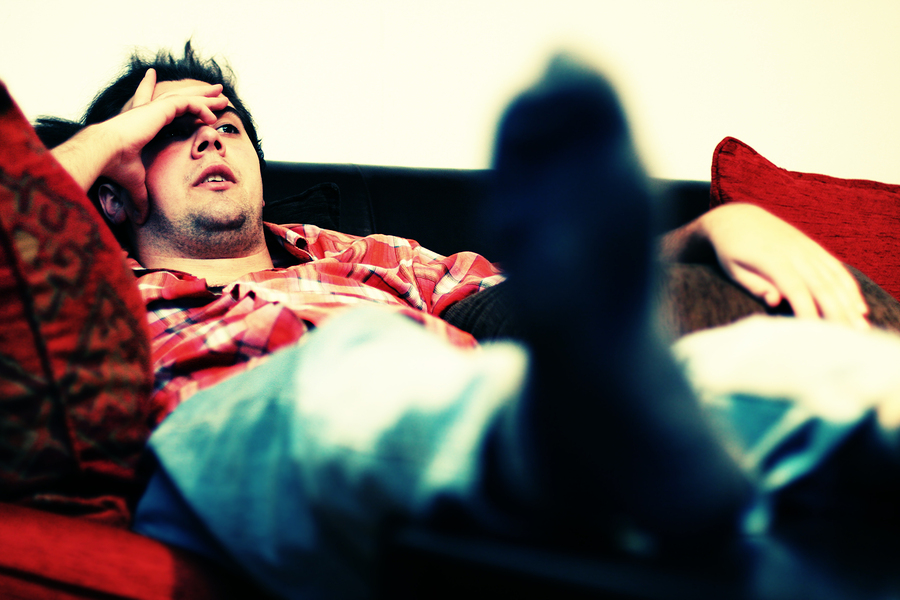 A paper in AER: Insights finds that the decline of manufacturing jobs has led to more idle, unmarried young men.

Reading the news these days, you might think the only concern from lost blue-collar jobs were political.

“Job One for Democrats: Winning Back Blue-Collar Votes,” proclaimed one recent Wall Street Journal article. Another in The New York Times stated, “There’s No Boom in Youngstown, but Blue-Collar Workers Are Sticking With Trump.”

But when manufacturing jobs disappear, there are deeper social impacts that extend beyond the labor market to family and household relationships and have generational consequences. A paper in the American Economic Review: Insights explores how marriage prospects change for young men when demand for manufacturing labor declines.

Authors David Autor, David Dorn, and Gordon Hanson found that young male workers suffered disproportionately from rising trade pressure from China. They had greater wage losses compared to female counterparts, and as a result, appear to become less attractive to potential partners. As a result, both men and women in these impacted areas are increasingly choosing not to marry. 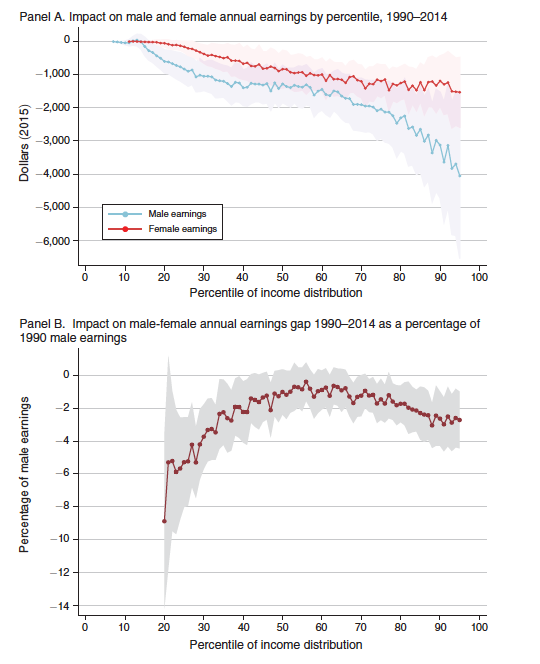 The figure above shows how the rise in US imports from China affected male and female earnings differently. The top panel shows that earnings losses were greater for male workers than female workers at every quantile from the fifteenth to the ninety-fifth percentiles. Thus, the wage gap between the genders contracted. The bottom panel shows some modest effects among higher earners, but the most dramatic impacts are on the lower end (since the gender gap among low-wage earners is smaller to begin with). Male-female wage compression is 6 points at the twentieth percentile compared to 2 points at the median.

The effects on male marriage prospects also resulted in a decline in fertility. More young men were idle or suffered premature death. These adverse labor market shocks also led to increases in the fraction of single mothers and children living in poverty. This is not to say that boosting blue-collar work would necessarily undo these effects. But the sharp contraction of US manufacturing that accompanied China’s epochal rise appears to have undercut the economic foundation upon which many traditional social arrangements rested.

We exploit the gender-specific components of large-scale labor demand shocks stemming from rising international manufacturing competition to test how ...