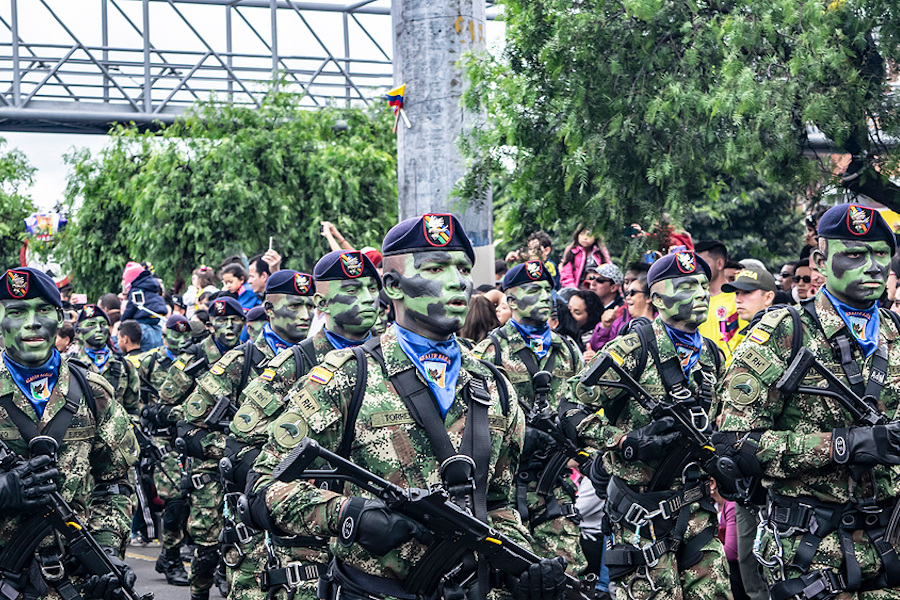 The Colombian military parades on the occasion of the anniversary of independence, held every July 20.

In 2002, future-president Alvaro Uribe promised to get tough on the rebels that had plagued Colombia for the previous half century. The message helped him win, and he delivered on his campaign pledge by expanding the military.

In particular, Uribe’s strategy hinged on encouraging soldiers with vacation time, promotion, and other prizes to kill guerrilla fighters.

But the plan backfired.

Those special incentives directly led to a large upsurge in the illegal murder of civilians, according to a paper in the August issue of the American Economic Journal: Economic Policy.

Figure 1 from their paper shows how often the army falsely portrayed civilians as guerilla combatants—events known as “false positives”—from 1988 to 2011. 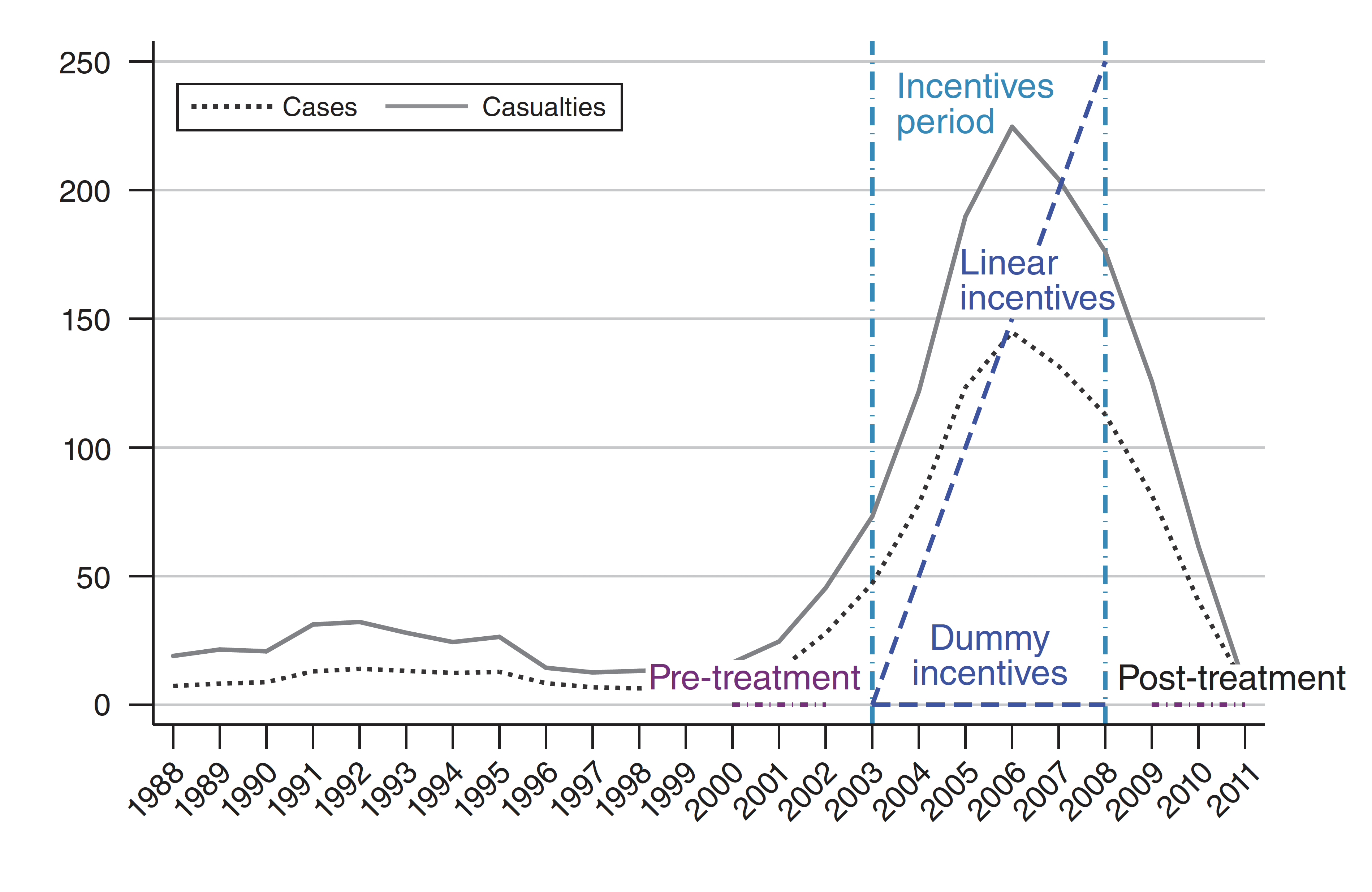 The dotted line indicates the number of false-positive events in a year, and the solid line marks the total number of people killed in these events. The vertical light blue dot-dashed lines show the period of Uribe’s flagship initiative, Democratic Security, which included many formal and informal attempts at encouragement.

There was a clear surge before this period, starting at the beginning of the Uribe’s presidency, in 2002, which then subsided after pressure from the media and human rights groups helped put an end to incentive programs.

The linear and dummy incentives, indicated by the dark blue dashed lines, are two different specifications used in the researchers’ estimation strategy.

They found that Uribe's counter-insurgency strategy was particularly deadly in areas where colonels with strong career concerns oversaw security operations and in areas where the judiciary was a weak check on military abuses.

Colombia’s situation is unique, but numerous countries are still struggling to control insurgencies. The authors’ work highlights the danger of relying too much on high-powered incentives for the military without proper oversight.

The Perils of High-Powered Incentives: Evidence from Colombia's False Positives

We investigate the use of high-powered incentives for the Colombian military and show that this practice produced perverse side effects. Innocent civi...