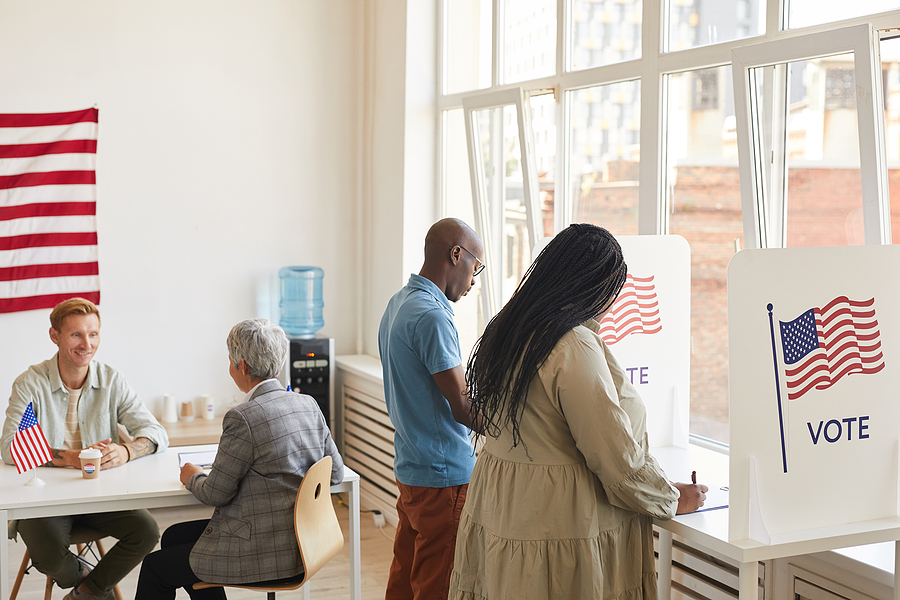 Voter turnout for the 2020 election set new records for a presidential election, with more than six in ten voting-age Americans casting ballots.

There are myriad factors that affect how many people get to the polls and which party they vote for.

In a paper in the American Economic Review, authors Enrico Cantoni and Vincent Pons examine the extent to which individual characteristics and geographic context influence voter turnout and party affiliation. Looking at voting-age population data from 2008 to 2018, they first explored how voter participation changed for “movers”—people who relocated across state or county lines. 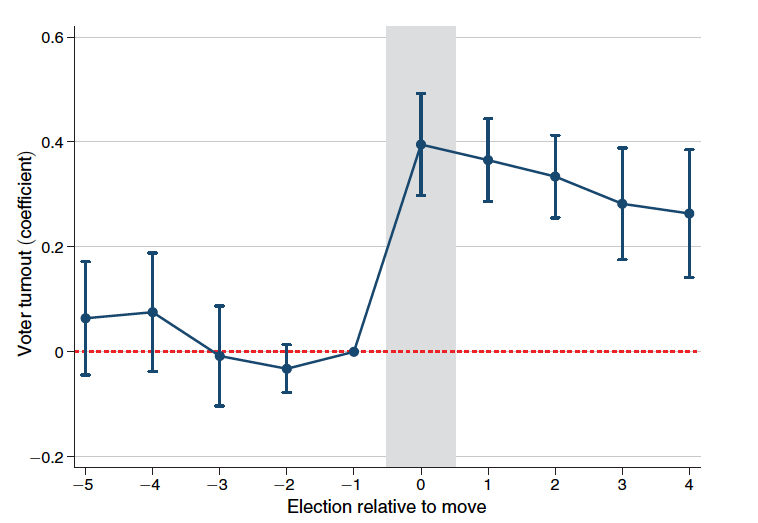 Figure 3 shows how voter turnout for movers changed once they relocated. The plotline represents the turnout in each election leading up to a move (the shaded area) and in the elections that followed. The vertical bars are 95 percent confidence intervals.

If geographic context didn’t matter at all, then voter behavior would remain level regardless of whether movers relocated to a high- or low-turnout state. But, instead, the authors found that voter behavior did actually change after a move. Voters drifted closer to the level of participation in their destination state, converging by about 40 percent of the difference from their origin state.

The authors estimate that “place factors”—such as neighbors, political environment, or local election laws—explain about 37 percent of the difference between states with above- and below-median voter turnout. They conclude that context is a considerable influence on both participation and partisanship while noting that it does not outweigh individual drivers of voting behavior.

“Does Context Outweigh Individual Characteristics in Driving Voting Behavior? Evidence from Relocations within the United States” appears in the April 2022 issue of the American Economic Review.