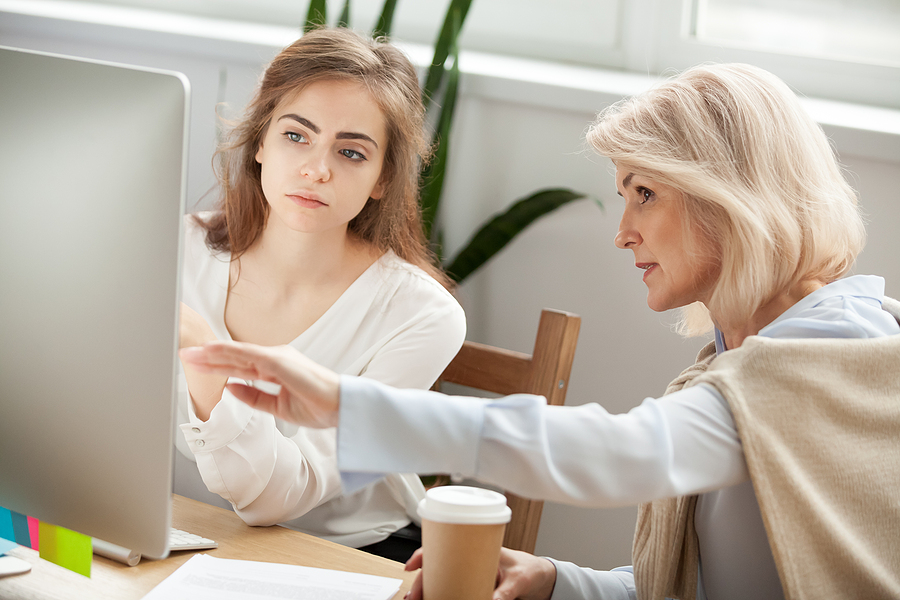 Meeting a successful woman who pursued economics increased the share of women who took economics courses.

An essential part of diversifying the economics profession is improving the pipeline.

Currently, only around a third of economics majors are women, a disparity that is large even compared to other social sciences.

One way to encourage more women to enter the field would be to offer them more female role models, according to a paper in the July issue of the American Economic Journal: Applied Economics.

Authors Catherine Porter and Danila Serra conducted a field experiment that exposed students in introductory economics classes to successful women who majored in the field. These role models, who were alumni, visited classes in 2016 to talk about their experiences and how majoring in economics helped them succeed.

The women who heard them absorbed their message. 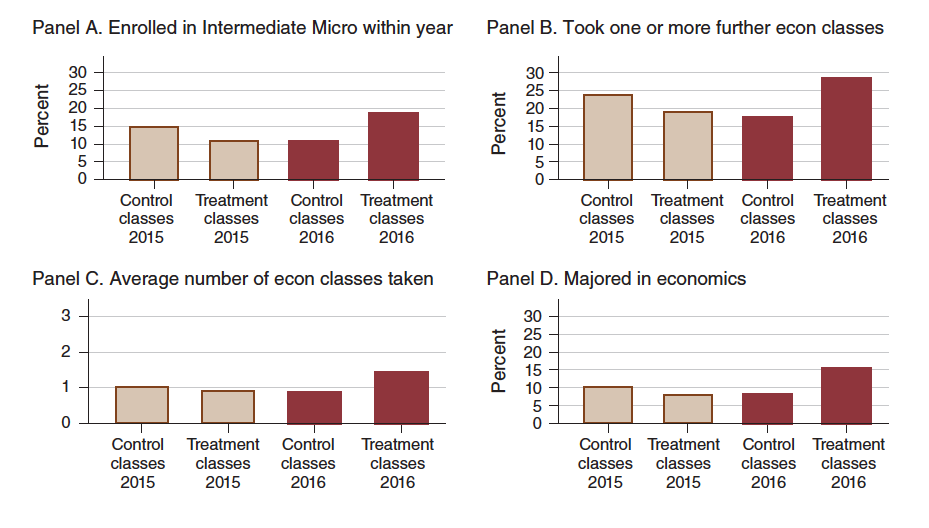 The figure above shows the results of the experiment. The proportion of women who enrolled in an Intermediate Microeconomics course within a year (panel A) increased after the classroom visit in 2016, compared to a year earlier. In 2016, the share in control classes was 10.73 percent, whereas more than 18 percent of women in the treated classes enrolled. Also, they were more likely to take other economics classes afterward. The percentage of women taking at least one other econ class (panel B) increased to 28 percent in the treated group, compared to 18 percent in the control. They were even more likely to pursue economics as a major.

The paper offers insights into the importance of role models in diversifying the profession. Representation matters, and programs that offer many different kinds of mentors are going to develop a more diverse pipeline of future economists.

Gender Differences in the Choice of Major: The Importance of Female Role Models

We conducted a field experiment aimed at increasing the percentage of women majoring in economics. We exposed students enrolled in introductory classe...