Women’s representation in economics has increased since CSWEP first surveyed economics departments regarding the gender composition of faculty in 1972. Since 1993, CSWEP has surveyed some 250 departments annually with findings reported in the AER: May Papers & Proceedings and reprinted in the CSWEP Annual Report. 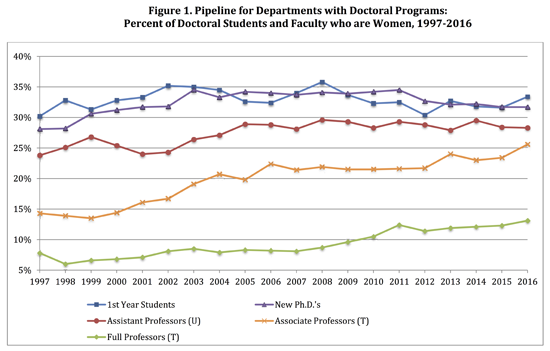 Figure 1. The Pipeline for Departments with Doctoral Programs: Percent of Doctoral Students and Faculty who are Women

Annual report data indicate that three truths continue to hold for women in the academy:

In January 2013, Margaret Levenstein (University of Michigan) became CSWEP’s inaugural Associate Chair and Director of the Survey, charged with improving content, utility and administration.  Preservation of the department-level survey data has begun with the ultimate goal of providing researchers with an ongoing CSWEP Panel on the Gender Composition of Students and Faculty stretching back to 1972.