Funding and favoritism in the EU 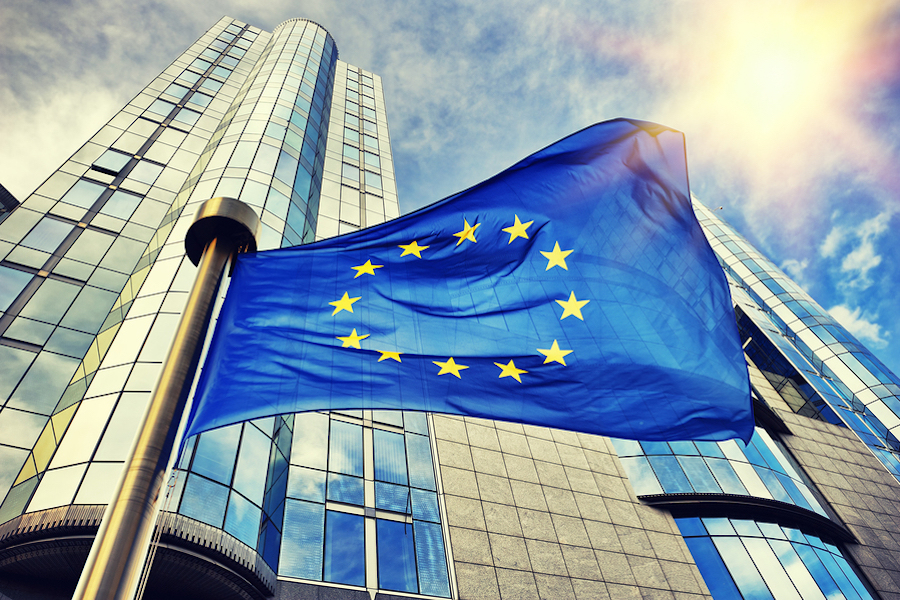 The EU flag waves in front of the European Parliament in Brussels, Belgium.

The European Commission is designed to represent the EU’s interests — not those of individual countries. Nevertheless, anecdotal evidence suggests that its members allow national interests to influence their decision-making.

In the February issue of the American Economic Journal: Economic Policy, authors Kai Gehring and Stephan Schneider lend empirical support to the claims that the nationality of the Agricultural Commissioner plays a role in budgeting.

They find that Agricultural Commissioners do direct funds to their home countries. In fact, countries with an AC in office gain a one percentage point increase in a country's share of the overall EU budget. This translates to an average of 850 million Euros per year.

The figure below plots the difference between the actual and expected budget shares of several EU countries against number of years in office. If having an AC in office did not matter, then the data would be clustered around the x-axis, where the actual and predicted values are the same. However, when each country has an AC in office (the red segments) they gain a larger share of the budget than expected. 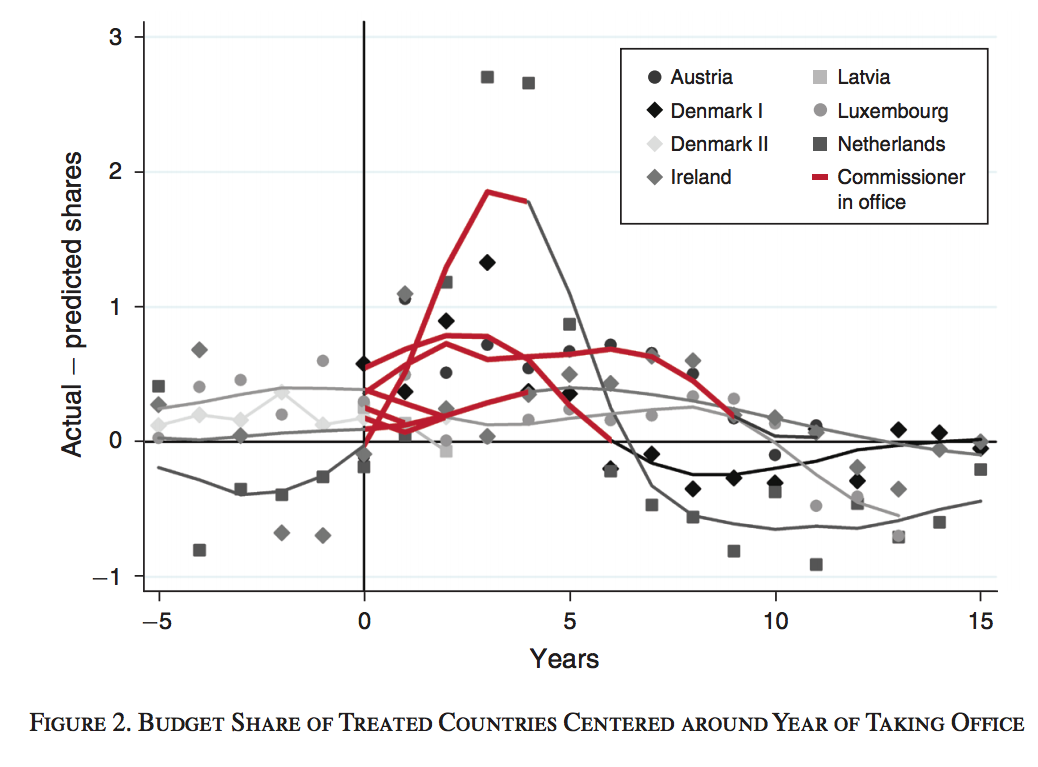 These results, the authors say, are not a reason to lose faith in the European Commission. Instead, the EU must use these insights to create an even stronger institution that represents the interests of all countries and makes it difficult for individual nationality to jeopardize the integrity of EC decisions.

Towards the Greater Good? EU Commissioners' Nationality and Budget Allocation in the European Union

We demonstrate that the nationalities of EU Commissioners influence budget allocation decisions in favor of their country of origin. Our focus is on t...