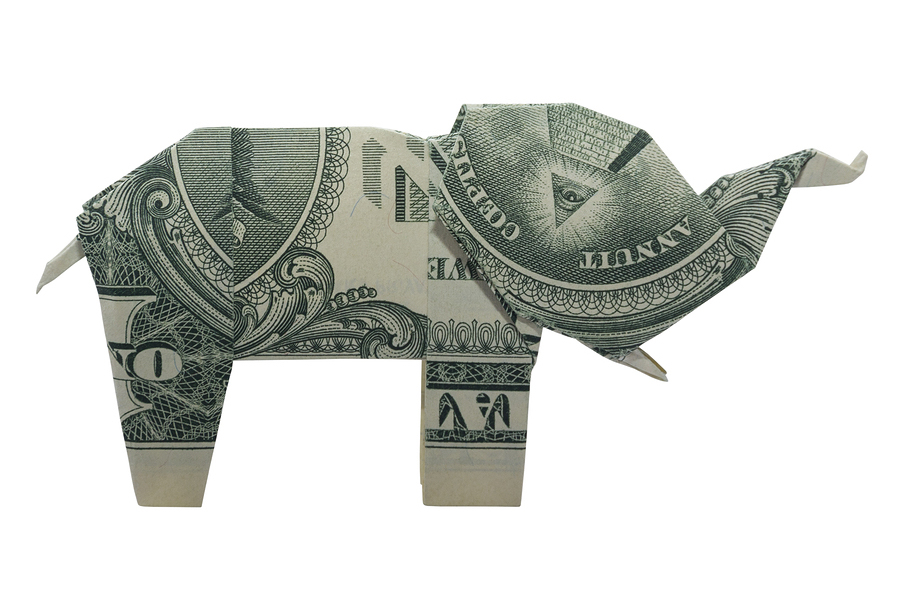 Developing countries like China and India have grown rapidly enough to pull some of their population out of extreme poverty and reduce global inequality by many measures.

But economists have struggled to harmonize income measurements across countries and gather data on the incomes of the richest people in the world.

A paper in last year’s AEA Papers and Proceedings combined survey, national accounts, and tax data to better estimate the growth of global incomes and inequality.

Authors Facundo Alvaredo, Lucas Chancel, Thomas Piketty, Emmanuel Saez, and Gabriel Zucman found that, compared to the poorest 50 percent, the richest 1 percent of individuals captured more than twice as much of the world’s income growth between 1980 and 2016.

Figure 2 from their paper—the so-called “elephant curve”—shows how much individual income percentiles grew between 1980 and 2016. 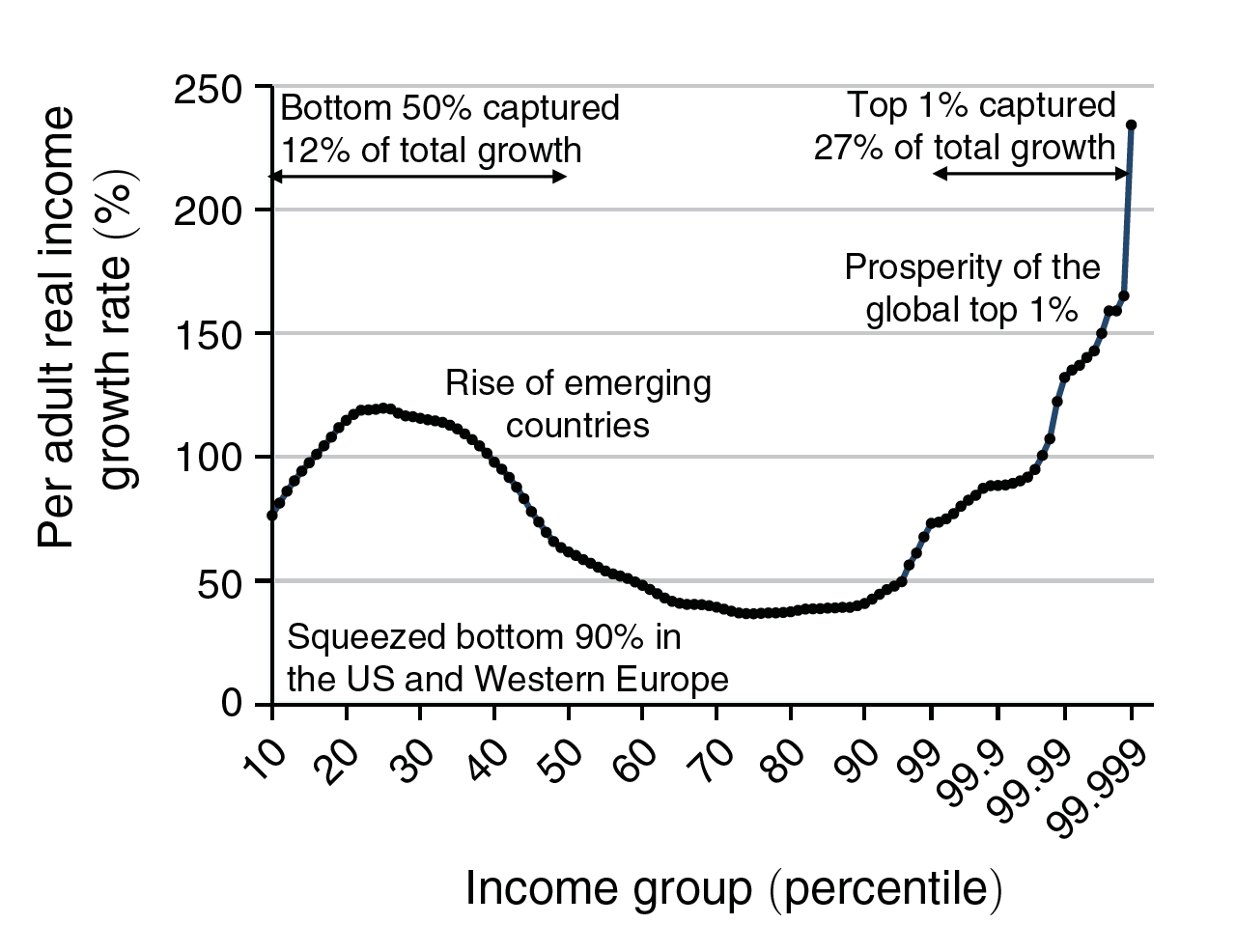 The chart has three distinct features: a hump that includes the world’s poorest, mostly made up of people from developing countries; a valley that contains the working and middle class of the developed world, but also the upper class of poorer countries; and a “trunk” made up of the global elite.

The hump and subsequent valley on the left illustrate the enormous growth emerging countries saw relative to the middle and working classes in developed countries. This difference in growth has driven global inequality down to levels not seen since the 1700s.

But the new estimates also revealed that the richest 1 percent saw more growth than any other income level—resulting in the elongated trunk on the right of the chart.

Their work demonstrates that better income measurements and inequality within countries are critical for understanding and ending global poverty.

The Elephant Curve of Global Inequality and Growth

We present new evidence on global inequality and growth since 1980 using the World and Wealth Income Database. We plot the curve of cumulated growth f...