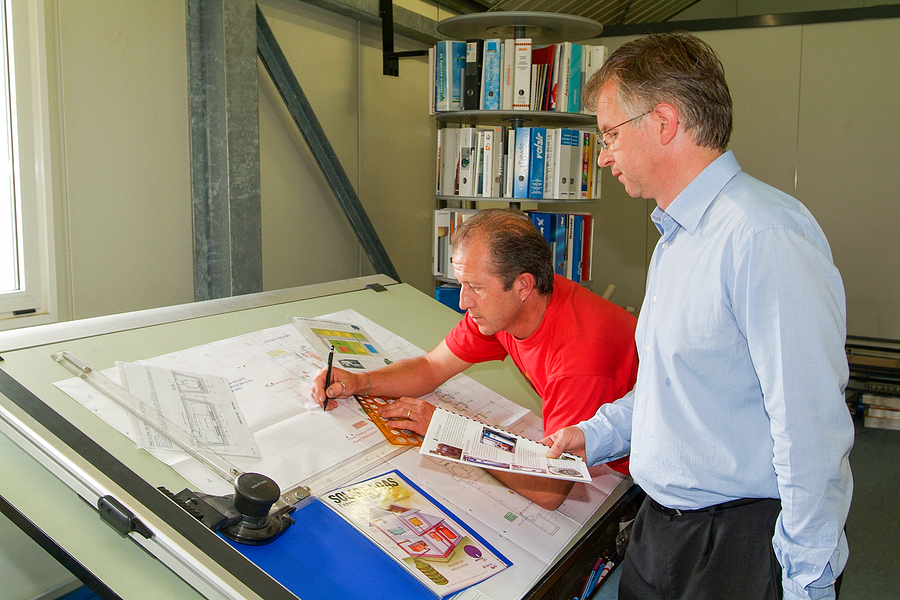 Engineers in Bellinzona, Switzerland, work together at a drawing board.

In 1999, Switzerland took a drastic step toward opening its borders to workers. The country signed an agreement with the European Union to allow anyone with EU citizenship to work within its territory.

The policy proved controversial, but it offers important insights into how greater freedom for cross-border workers affects native workers, according to a paper in the American Economic Review.

In 2004, the European Union and Swiss border regions achieved full liberalization. By 2010, the number of foreign workers employed on Switzerland’s periphery had increased by 10 percentage points, and two-thirds of that influx were highly educated workers.

Figure 4 from the authors’ paper shows what happened to wages and employment.

In both panels, the blue lines illustrate the difference between Swiss regions located less than 15 minutes from an EU border, which were highly exposed to foreign workers, and ones more than 30 minutes away. The red lines show the difference between Swiss regions less than 15 minutes from the border and interior regions, which didn’t open up to  cross-border workers until  2007.

The y-axis in Panel C indicates the natives’ average hourly real wage in logarithmic terms, and in Panel D, it represents the logarithm of total workers.

Before the initial phase of reforms, wages and employment between highly educated (solid lines) and less-educated (dashed lines) Swiss workers closely tracked each other. After liberalization, the wages in the highly educated group diverged substantially—by 2006 they had increased by nearly 5 percent.

The chart indicates that there was some decrease in wages for less educated Swiss workers, but the results were not significant. Similarly, effects on employment were mixed for both types of workers.

The authors’ findings contrast with the predictions of standard labor market models. Their research suggests that the positive interaction between highly skilled immigrants and firm performance is key to understanding the impact of free movement on native workers.

“The Abolition of Immigration Restrictions and the Performance of Firms and Workers: Evidence from Switzerland” appears in the March 2021 issue of the American Economic Review.