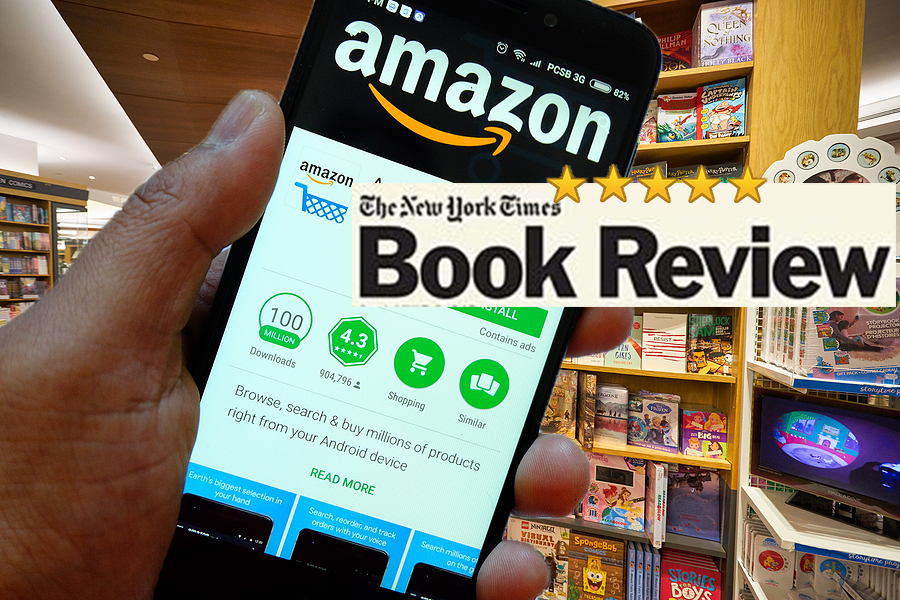 Consumers have never had so many choices.

Digitization has led to massive growth in new creative products, from books to music, television, and movies, raising new questions about how consumers can sort through it all.

“We are drowning in products,” economist Joel Waldfogel told the AEA in an interview. “Given so many new products, how do consumers figure out which ones they should buy?”

The growth of new products has outstripped the capacity of professional critics to provide pre-purchase guidance in their reviews.  But consumers now also have access to crowd-based ratings through online marketplaces like Amazon.

We are drowning in products. Given so many new products, how do consumers figure out which ones they should buy?

In a paper in the American Economic Review, Waldfogel and coauthor Imke Reimers investigate the relative impacts of professional critics’ reviews and crowd-based ratings on consumer welfare in the market for books.

Their findings provide a more nuanced understanding of how consumers have been affected by this democratization of tastemaking.

Waldfogel and Reimers focused on books sold through Amazon, which accounts for nearly half of the US physical book market. They used daily measures of sales ranks and crowd-based star ratings for 21,546 editions sold during 2018, and cross-referenced that data with professional reviews from outlets including The New York Times.

Both professional reviews and Amazon ratings had significant impacts on sales. In the first five days following the publication of  a Times review, the book’s sales improved by 55 percent and, over a year, sales increased 2.8 percent. Times reviews drove up book sales revenue by nearly $20 million. Amazon star ratings  netted a $27.51 million increase.

Professional Reviews
The figures below show the impacts from a New York Times (left panel) and other major professional review (right panel) for 20 days before and 40 days after the review. The left panel shows that a Times review delivers an immediate improvement in the sales rank. The log rank improves by 0.4, then returns to its baseline about two weeks later. Other professional reviews also have a sizeable impact, though not as much as a Times review. (The y-axes are reversed to reflect that sales move inversely with sales ranks.)

Source: Figure 2 from Reimers and Waldfogel (2021)

But the authors didn’t just want to know whether reviews and Amazon ratings drove consumers to buy more books; they wanted to measure how successful each form of pre-purchase information was in leading consumers to purchase products they would enjoy and avoid buying ones they wouldn’t like.

Relying on star ratings as a measure of product appeal, they used what’s known as a “structural model” to determine the relative welfare impacts of professional reviews and star ratings.

Both Times reviews and Amazon star ratings helped readers find more books they enjoyed than they otherwise would have.

Professional reviews raised consumer surplus—the difference between what book readers were willing to pay and what they actually paid—by $3.18 million while the aggregate effect of star ratings was ten times larger at $35.83 million.

Per book, a review’s impact was bigger. In fact, the effect of a single professional review was twice as large as the full-year effect of a book’s star rating. The reason star ratings had a bigger overall impact is because of their ubiquity. Millions of products rated on Amazon would never receive attention in The New York Times.

Despite arguments to the contrary, Amazon’s growing market dominance has not weakened the influence of professional reviewers. The authors found that a Times review had no less of an  impact in 2018 than it did in 2004.

Professional reviews and the crowd ratings serve different functions, according to the authors. Times reviews introduce readers to new books while Amazon star ratings are unlikely to be seen until consumers already know about the book and visit the web page for the product.

“It’s also just possible that those people who rely on New York Times reviews are not going to rely on their peers' reviews as much,” Reimers said.

“Digitization and Pre-purchase Information: The Causal and Welfare Impacts of Reviews and Crowd Ratings” appears in the June 2021 issue of the American Economic Review.