When Brazil shut down its mahogany market, violence ensued. 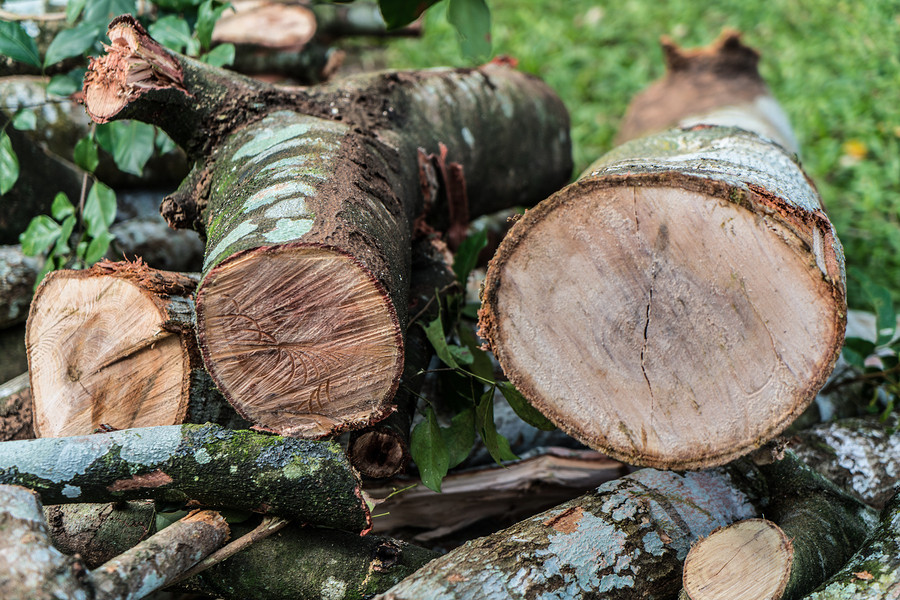 When the Brazilian government banned mahogany logging in 2001, they seemed to have achieved an environmental victory. The new regulation took effect, and exports of mahogany dropped dramatically.

Then something strange started to happen. Exports classified as “other tropical timber species” were on the rise — just as mahogany exports began to decline. Mahogany exports were continuing to leave the country in the guise of other species, creating an illicit market that accompanied prohibition. Soon thereafter, Greenpeace and other environmental groups denounced this illegal mahogany trade.

Prohibition was failing to shut down the mahogany market, but that was not its only problem. In a new paper in the October issue of the American Economic Journal: Applied Economics, authors Ariaster Chimeli and Rodrigo Soares show how prohibition spurred an increase in violence.

Before this, researchers had not been able to isolate a causal effect of illegality on violence. Much of the evidence came from the drugs market, where establishing the link between violence and illegality was difficult because of complicating factors, such as the psychological effects of drug use.

The mahogany market, however, did not share these reasons for concern. If municipalities saw different levels of violence before and after prohibition, in areas with and without mahogany trees, and in places with high and low levels of mahogany production, then the authors could attribute those differences to prohibition.

The authors found that municipalities most affected by the mahogany industry — those with a natural occurrence of mahogany and high levels of production — experienced an increase in homicides after prohibition. This increase was on top of the rising violence that municipalities faced when Brazil implemented strict regulations on the mahogany industry in the years leading up to prohibition. In 2008, the Brazilian government ramped up its monitoring and enforcement initiatives, resulting in a drop in homicides.

These patterns were especially clear in Pará, a state that generated seventy percent of Brazil’s legal mahogany before prohibition. For the median municipality in Pará, prohibition caused five additional homicides each year between 2002 (the beginning of prohibition) and 2008 (the stronger enforcement initiatives). In total, for all municipalities in Pará, the illegal mahogany activity caused an additional 5,171 deaths between 1999 and 2013.

A Violent Trend
As mahogany exports declined, exports of "other tropical timber species" were on the rise. At the same time, the homicide rate began to increase. 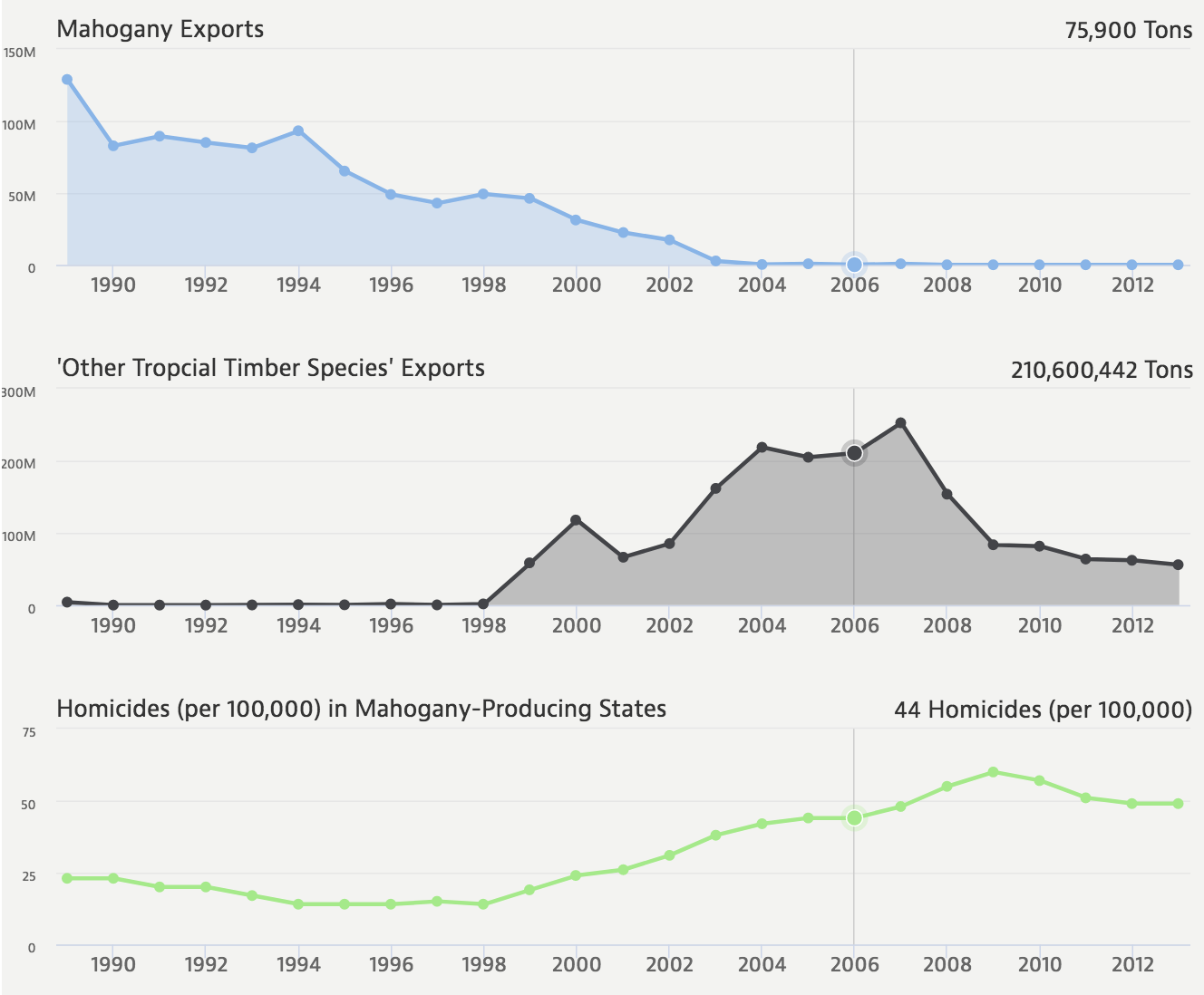 This violence is not only measured in deaths, but also in dollars. Each death that occurred due to illegal mahogany activity corresponds with $181,000 of the illegal market share.  For reference, the price per cubic meter of high-quality mahogany in 2001 was $1,200.

Moreover, the victims match the profiles of people who are most likely to be affected by the illegal mahogany trade. Seventy-eight percent of the increase in violence involved the homicides of single men, and, of these, most took place outside of the home and by firearms. This points to criminal violence, which is associated with illegal markets, rather than domestic violence, which is not.

This criminal violence can originate in local conflicts over environmental protection, competition among illegal loggers, contract renegotiation issues, and other scenarios that would ordinarily be resolved through the justice system. Without legal recourse, violence becomes the primary way of handling disputes.

I think it’s difficult to imagine that there would be no involvement in one way or another, direct or indirect, of some legal companies in the process.

Of course, this does not mean that all of the participants in this illicit market were members of organized crime. “I think it’s difficult to imagine that there would be no involvement in one way or another, direct or indirect, of some legal companies in the process,” says Soares. Established companies supplying and buying the illegal wood most likely understood the nature of their trade.

But without adequate enforcement, these companies did not have an incentive to follow the law. Until the Brazilian government increased their monitoring in 2008, they could not track illegal activity and hold companies responsible for their logging. Notably, as Brazil’s enforcement capacity increased, homicides began to fall.

Ultimately, this is a lesson for policymakers. “Public policy doesn’t happen in a vacuum”, says Soares. “When designing public policy...a very important question is whether the state would be able to enforce prohibition.”

With enforcement, environmental regulation has a chance at being effective. Without, the consequences could be deadly.

"The Use of Violence in Illegal Markets: Evidence from Mahogany Trade in the Brazilian Amazon" appears in the October issue of the American Economic Journal: Applied Economics.

The Dallas Morning News cites AEJ: Economic Policy paper in article that compares spending on road safety to the cost of the war on terror.