The spillover effects of trade wars

The 2018 tariffs caused price spikes to products that weren't even protected. 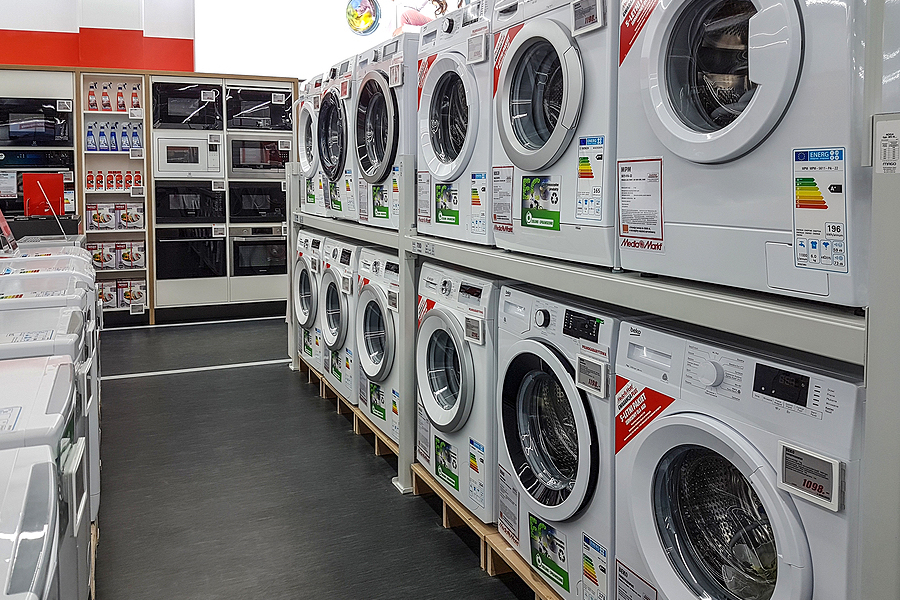 Two years ago, the United States engaged in a trade war unprecedented in the modern era.

The Trump administration imposed tariffs on a variety of goods aimed at protecting US manufacturers from international competitors. The scale was so large that there wasn’t much prior evidence as to how these new tariffs would affect the global economy.

A paper in the July issue of the American Economic Review provides a detailed look at the impact on trade flows, domestic production, and prices for one of the first products affected—washing machines.

Authors Aaron Flaaen, Ali Hortaḉsu, and Felix Tintelnot say that not only did those items get more expensive, but prices for dryers—which were not subject to tariffs—also increased.

The paper offers insights into the ripple effects of tariffs and how country-specific trade policy works differently from more global approaches.

“It’s hard to [overstate] how unique that situation was in early 2018, with the scale and magnitude of the tariffs that were being put in place,” Flaaen said in an interview with the AEA. “We just don’t have that much evidence for a country that has done what the United States had done in 2018, increasing tariffs to the scale that they did.”

Tariffs have long been employed by governments to protect special industries and to exert political influence over foreign competitors. But in a globalized world, the effects have become more difficult to measure. Will companies just shift production to countries outside the purview of the tariffs? To what extent would the costs be passed onto consumers through higher prices?

It’s hard to [overstate] how unique that situation was in early 2018, with the scale and magnitude of the tariffs that were being put in place.

The tariffs on washing machines in early 2018 were the first of many policy actions by the Trump administration, and thus provided an early glimpse into how companies were responding.

Antidumping duties against imported washing machines were imposed on Mexico and South Korea in 2012, then on China in 2016. In both instances, manufacturers shifted production to other countries in order to avoid paying import tariffs.

There was little evidence that consumers were being penalized. The 2016 China tariffs didn’t result in any meaningful change in prices despite the fact that China accounted for 80 percent of all washing machine imports.

Safeguard tariffs
The "safeguard" tariffs in 2018 had much larger effects on consumer prices than the China-specific antidumping tariffs in 2016. The chart below shows the effect on prices for washers (red), dryers (blue), refrigerators (green), and dishwashers (yellow). The effects were fairly consistent for all products after the 2016 trade policy (Panel A). But the 2018 tariffs had a substantially greater impact on washer and dryer prices (Panel B).

The response following the 2018 tariffs was different—with important implications for how policymakers should weigh the costs and benefits of trade policy.

Foreign manufacturers moved production again, this time opening plants in the United States. Still, washing machine prices spiked 12 percent. What’s more, dryers got more expensive as well, even though they weren’t subject to the tariffs. The median price of washing machines and clothes dryers increased by about $86 and $92 per unit, respectively. Taken together, an estimated 108 to 225 percent of the 2018 tariffs were passed through to consumers via higher prices.

The reason for this comes down to pricing strategy, Flaaen said. Washing machines and dryers are complementary products that are typically bought together, and retailers price them about the same.

Facing increased costs of selling washers in the US, companies made up for the lower margins by raising prices on dryers as well.

“This particular pricing strategy of these firms led to this complementarity in the effects of the prices,” Flaaen said. “They wanted to keep those prices the same even after the tariffs... It’s spreading out the effect of the tariffs across the washing machines and dryers.”

So there was this unintended effect on dryer prices. What’s more, domestic companies like Whirlpool, Maytag, and GE also raised their prices even though their products weren’t affected by the new tariffs.

The result is that more than 100 percent of the tariffs were passed through to consumers via higher prices. Overall, the authors estimate that consumer costs increased by just over $1.5 billion annually, dwarfing the estimated $82 million the US raised in tariff revenue. And while some jobs were created—mostly through foreign producers shifting work to the US—they were not nearly enough to offset the losses. The authors estimate that 1,800 additional jobs were created from the tariffs, with annual costs to consumers of around $815,000 per job created.

These results offer important points of consideration for policymakers, who are not only concerned with the net effects of a policy on specific products, but also the spillovers to complementary goods: mattress and box springs, tables and chairs, video game consoles and games. The effects could be massive and widespread.

And, of course, policymakers need to be careful about the potential negative consequences from aggressive trade stances. They might produce some nearterm jobs, but does it make American consumers better off?

“The larger lesson is that global tariffs that are put on all countries, because firms are less flexible to respond, are more likely to result in significantly more pain to US consumers,” Flaaen said.

"The Production Relocation and Price Effects of US Trade Policy: the Case of Washing Machines" appears in the July issue of the American Economic Review.

How much did the 2018 tariffs raise the cost of imports?