Rural education and the send-down movement

A chaotic episode in China’s past paved the way for better schooling in the countryside. 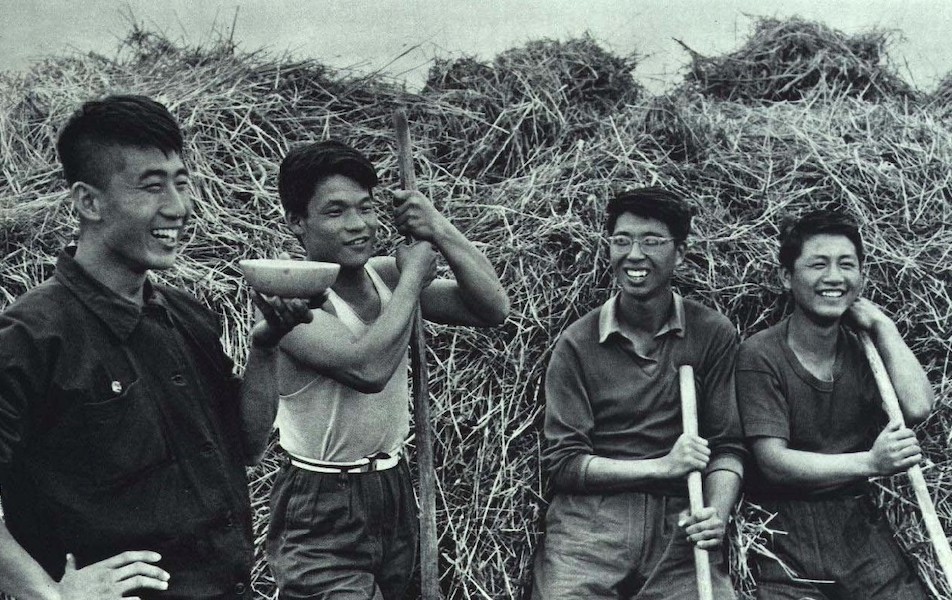 Young, well-educated graduates from the city were sent in huge numbers to the north of China, along its border with Russia.

The blistering pace of China’s development after 1978 has no historical precedent. The country’s real GDP growth rate has regularly topped 8 percent each year since it opened up its economy.

But the stage for that success was set well ahead of China’s economic boom, according to economist Yi Chen.

“China’s unparalleled achievements in education before 1978 laid the foundation for post-reform growth,” Chen said in an email interview with the AEA.

How the country managed to make schooling so widely accessible, despite its extremely low income level, is an overlooked question.

In a paper in the November issue of the American Economic Review, Chen and co-authors Ziying Fan, Xiaomin Gu, and Li-An Zhou showed how China’s rural education was spurred by a controversial policy during the Cultural Revolution.

Their findings highlight the importance of rural education for economic growth and potentially explain why other countries haven’t been able to replicate China’s rapid development.

Our study highlights the importance of childhood environment. How and where a child grows up impacts the life he or she comes to live.

Initially, the transplants were required to work on farms and in forests, but they weren’t well prepared for manual labor. In such roles, many youths couldn’t earn enough to eat and were eventually assigned to more technical jobs, like teaching kids.

This influx of well-educated city dwellers unintentionally transformed the environment of the roughly 245 million school-age children in rural China at the time. They brought new technologies, lifestyles, and resources to the countryside.

“The arrival of sent-down youths partly reshaped the attitudes of rural children toward education,” Chen said. “Rural children were more likely to believe education improved their chances of future success.”

To estimate the impact, the authors hand-collected data from over 3,000 gazetteers—an encyclopedia-like book of local history.

Going to the country
The chart below shows the flows of sent-down youths to the countryside from 1962 to 1979. At the peak of the movement in 1969, more than two and a half million youths were forced out of their home cities. 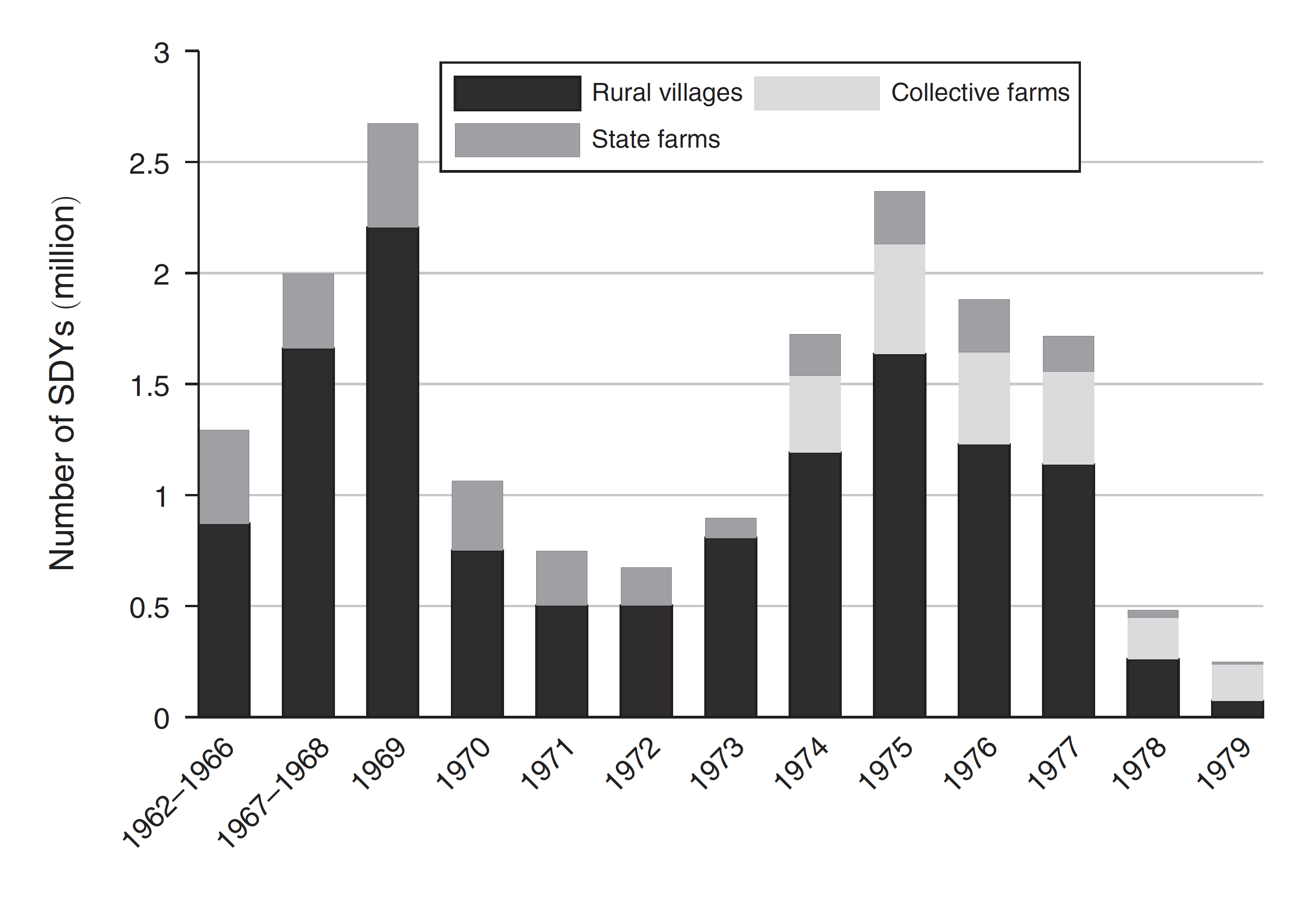 The gazetteers showed that the flow of sent-down youths between city and countryside varied across counties and within them over time. As a result, different cohorts of rural kids were exposed to very different levels of the educated youths—a fact the authors exploited using a technique called difference-in-differences.

Overall, they found that exposure to sent-down youths led to almost a month of extra schooling for rural children. That may sound small, but it’s a magnitude on par with compulsory education laws in the US during the first half of the twentieth century.

More exposure also led to higher-skilled occupations, later marriages, and fewer kids among children who grew up in rural villages.

There was a dark side to this period though. Some sent-down youths described their time on the farms as one of imprisonment, humiliation, and violence. It created a stark divide between the pre- and post-reform generations.

“Our study highlights the importance of childhood environment,” Chen said. “How and where a child grows up impacts the life he or she comes to live.”

“Arrival of Young Talent: The Send-Down Movement and Rural Education in China” appears in the November issue of the American Economic Review. Subscribe to the monthly Research Highlight email digest here.

What are the effects of enrolling younger children in a pre-K program?