Mobilizing the masses to murder

How did political elites in Rwanda get civilians to participate in genocide? 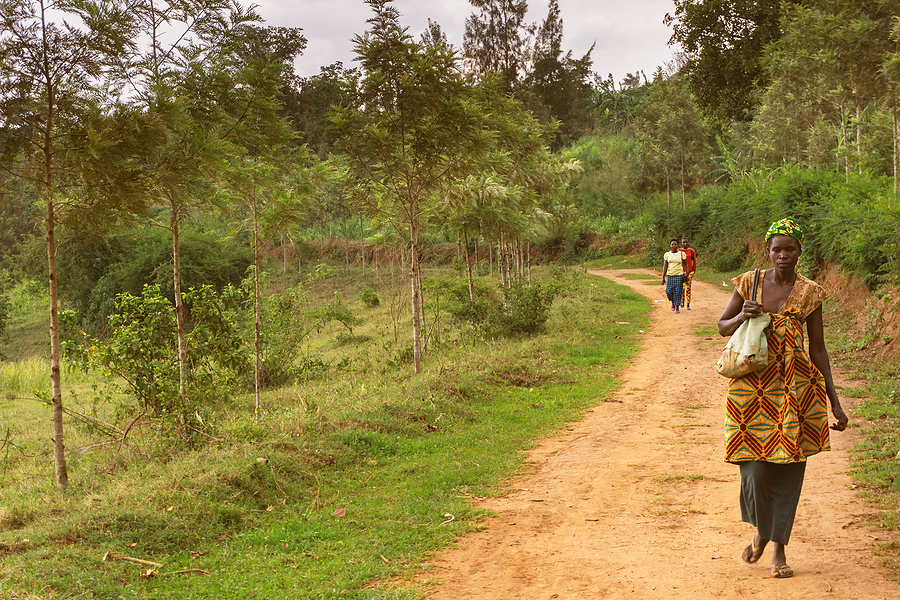 A Rwandan woman walks back home along a dirt road.

Growing up in East Africa, economist Thorsten Rogall saw at an early age how quickly political chaos can lead to senseless violence. During the Rwandan genocide, he remembers hearing about mothers attacking other mothers, both with children in tow.

“It was just so crazy. Ordinary people suddenly picked up their machete and bludgeoned their neighbors and colleagues and supposed friends to death,” Rogall told the AEA over a Skype interview. “I’ve always had that in the back of my head. Why does that happen?”

That question was the impetus for Rogall’s paper in the January issue of the American Economic Review. He zeroed in on the important role that political leaders play in inciting civilians to kill fellow civilians.

Rogall argued that much of Rwanda’s mass violence could have been stopped if key armed groups controlled by elites had been sidelined early. The findings lend support to focused interventions in conflicts that appear to be spiralling out of control.

Act early to make sure that you get those people that are really in charge—the army, militias, the organized guys—to stop it from spreading.

The Rwandan genocide was one of the most gruesome events in recent history. In the span of only a hundred days, Hutu perpetrators murdered over half a million Tutsis. Later investigations made it clear that this violence was planned and assisted by local leaders.

However, it's difficult to pin down which of the elites' strategies most incited the public.

Some studies have pointed to the role that mass communications played, such as extremist radio stations. But Rogall’s work focused on a group of 50,000 army and militiamen that were sent around the country to promote the killings, often to strategic outposts with large numbers of Tutsi men.

While these Hutu militias certainly engaged in violence, their numbers were too small to carry out mass slaughter. They had to enlist a massive number of local Hutus.

But the militiamen didn’t have to coerce the villagers for the most part. If civilians had resisted, the armed groups would likely have been overwhelmed.

Instead, the mere presence of these “authority” figures in the villages was enough to spur atrocities.

Anecdotal testimony supports this, but Rogall helped quantify the impact of militia presence by analyzing data on transportation routes, weather patterns, and murders.

Since most roads in Rwanda at the time were dirt, heavy rainfall would have made travel much more difficult. And that’s what happened. Areas that got heavy rainfall during the 100 days of slaughter saw fewer militiamen, which resulted in fewer civilian killers. In the end, Rogall estimates that the 50,000 militiamen—roughly 10 percent of the total number of perpetrators—were ultimately responsible for over 80 percent of the Tutsi deaths.

One of the tragedies of the Rwandan genocide was that there were early warnings. UN Peacekeepers raised alarms, but no action was taken. The outcome may have been very different if a targeted military intervention had been organized or if strategic roads had been blocked in time.

The Rwandan genocide shares many features with other episodes of mass violence. And as the world reflects this week on the horrors of the Holocaust, it is important to study similar events so that it never happens again. Rogall’s work offers a clear message on that front.

“Act early to make sure that you get those people that are really in charge—the army, militias, the organized guys—to stop it from spreading,” Rogall said.

“Mobilizing the Masses for Genocide” appears in the January issue of the American Economic Review. Subscribe to the monthly Research Highlight email digest here.