The Philippines redistributed over 6 million hectares of land. But it came with some unintended costs. 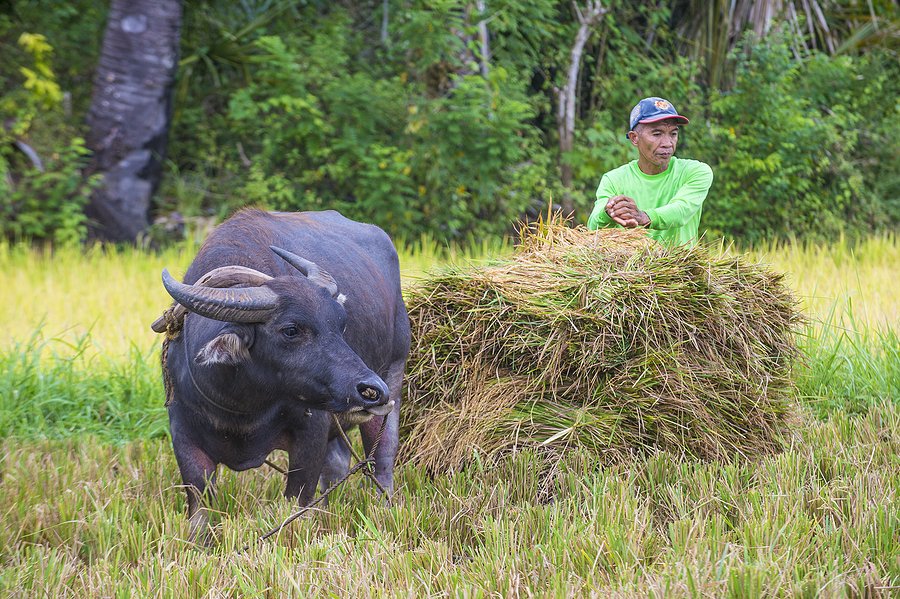 Filipino farmer works in a rice field on the island of Marinduque.

In 1988, the Philippines launched a program to redistribute nearly 8 million hectares of fertile land—roughly the size of Portugal—with the aim of reducing poverty and inequality.

Ultimately, the government transferred 80 percent of the targeted area and comprehensively rewrote the rules on buying, selling, and holding farms.

But the well-intentioned efforts didn’t bring the economic gains that activists hoped it would, according to a paper in the July issue of the American Economic Journal: Macroeconomics.

“This was an economy with huge inequities, and this reform was partly aimed at solving that issue,” Restuccia told the AEA in an interview. “I think that's very important, but our question is can you still achieve an efficient allocation of resources so that you have high productivity.”

His new research comes at a moment when Filipino peasant farmers are again fighting for their own patch of soil. The World Bank is lending the country $370 million to speed up new redistribution plans.

The authors’ results highlight the negative impact of land reforms. But they also give a more detailed view of the trade-offs involved.

Governments should try to prevent implementing policies that affect the efficiency of markets to allocate resources.

With ownership concentrated among the wealthy few, post-colonial countries saw frequent conflicts between the land-poor and land-rich. These fights ultimately led to major changes in agricultural economies over the second half of the 20th century.

For the Philippines, one of these pivotal moments came in 1987, after the military attacked peasants marching in the capital Manila.

CARP was enacted the following year and allowed landowners to retain up to five hectares, in addition to three hectares for each heir. The state took over the remainder to distribute among the landless.

While poor record keeping and corruption slowed the redistribution, enforcement was actually quite high compared to other countries, according to Restuccia. This made the Philippines ideal for studying the impact of land reforms.

But the changes still took years to implement, during which time many factors could have influenced productivity, such as higher-yield seeds that boosted farming output.

So, to isolate the impact of the new rules, the authors built a detailed model of farmers’ incentives over how much and what to produce.

The authors also used a key finding from their previous work. Historically, many agricultural reformers pointed to evidence that farmers with small holdings actually produced more than those with large holdings—a common justification for capping farm sizes.

But in a 2014 American Economic Review paper, Adamopoulos and Restuccia found that once the full range of inputs to farming is taken into consideration, it’s actually the larger farms that are more productive, as long as markets are functioning well.

Using this more accurate measure of productivity, their model showed that agricultural productivity under CARP fell by 17 percent, along with a 34 percent drop in the average farm size.

Before and after CARP
The chart below shows the share of farm sizes by hectares (Ha) in 1981 vs 2002. There was clearly a large drop in farm sizes after the 1988 reforms. For instance, farms less than 1 hectare jumped from roughly 23 percent to 40 percent of the share of farms. 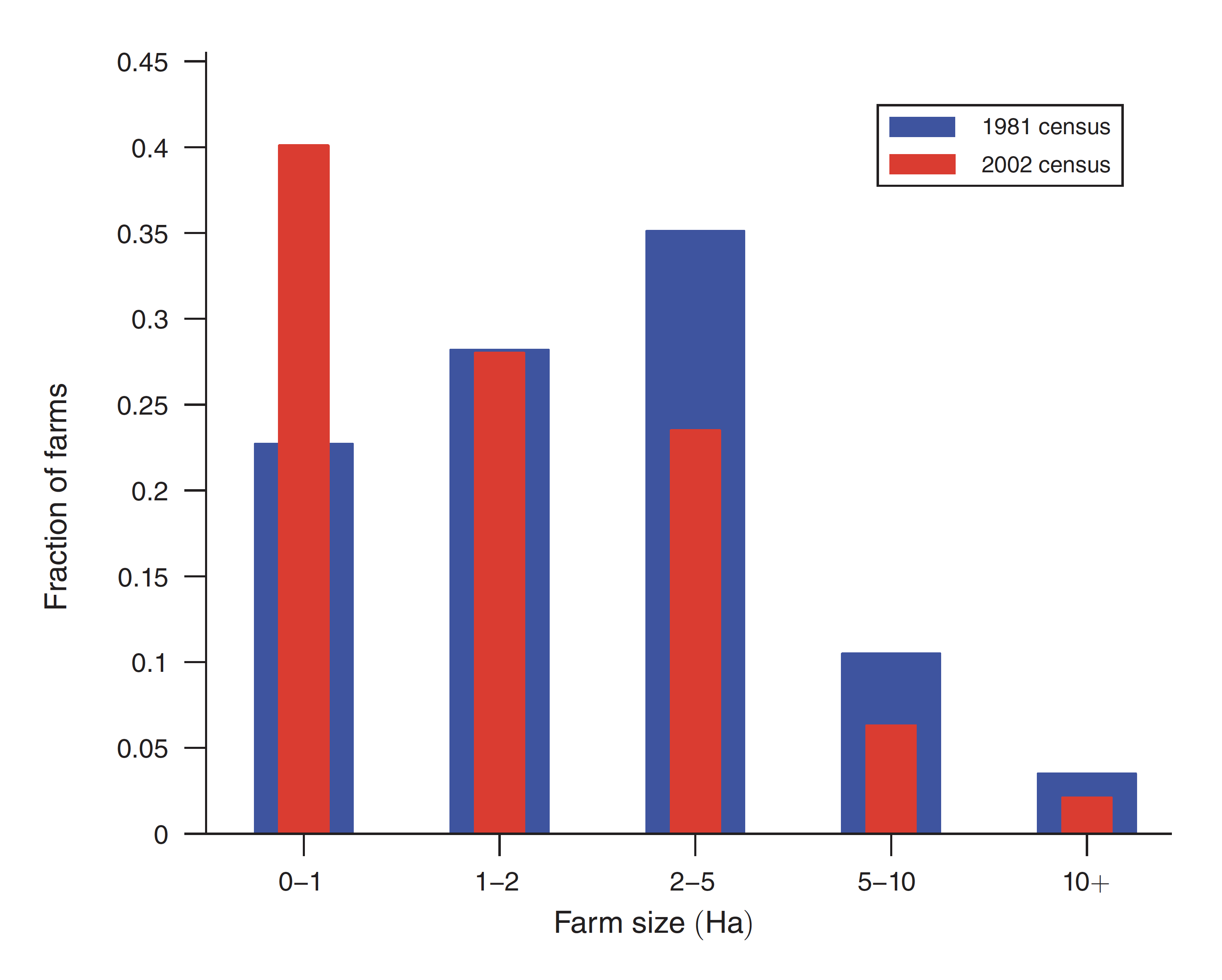 However, the bulk of the productivity drop came from giving land to less productive farmers and then placing restrictions on buying, selling, and renting land. If the government had relied on markets to redistribute the land below the five-hectare ceiling—instead of assigning it themselves—then the productivity drop would have only been 6 percent.

As a result, it may be best to separate regulations on land markets from redistribution policies.

“Governments should try to prevent implementing policies that affect the efficiency of markets to allocate resources,” Restuccia said.

The authors’ work is a reminder that land reform is often a bundle of laws, each with a unique effect on the economy. By pinpointing the most harmful changes, policymakers can better decide how to make difficult trade-offs between efficiency and fairness.

“Land Reform and Productivity: A Quantitative Analysis with Micro Data” appears in the July issue of the American Economic Journal: Macroeconomics. Subscribe to the monthly Research Highlight email digest here.