To what extent are travel barriers driving price dispersion in cities? 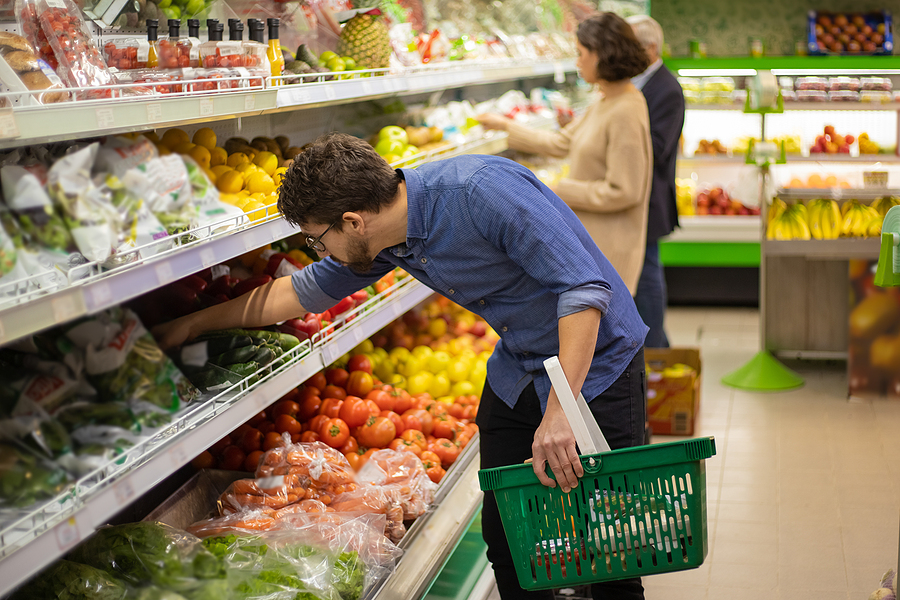 Several years ago, residents of some of the poorer neighborhoods on the outskirts of Jerusalem boycotted Israel’s largest supermarket chain over what they argued was economic injustice.

The protesters said the chain was charging higher prices in their neighborhoods than in other parts of the city. Alon Eizenberg and Saul Lach were both living in Jerusalem and were well aware of the boycotts. It raised a few questions for them. Why would the supermarket chain charge higher prices to the people who were least able to pay them? And if it was true, what was preventing them from going to shop at the lower priced stores?

In a paper that appears in the May issue of the American Economic Journal: Economic Policy, Eizenberg and Lach join Merav Oren-Yiftach to investigate these questions. They not only present evidence that some of the highest prices in the city are charged in certain non affluent neighborhoods, but also show how mobility constraints interact with markets and determine which residents are most affected by the high prices.

The findings offer a more nuanced view of price variation and how it impacts people differently.

“If you live in these peripheral non-affluent neighborhoods, not only do you get charged high prices, but you also have a much lower probability of actually shopping outside your neighborhood ” said Eizenberg, who joined Lach in an interview with the AEA. “So you're a little bit captive there.”

Price dispersion, or being charged different prices for the same good, is a common phenomenon. The same lawn chair at a Walmart store in Los Angeles, for example, might be priced higher than at a store in Omaha due to different market dynamics. There’s also a long literature showing how low-income people often pay higher prices for some goods. But there was something different going on in Jerusalem.

“When you hear in economics about price dispersion, usually it deals with a lack of information on the part of a consumer,” Lach said. “(In this case) people know where the low prices are. It's just costly for them to shop there.”

When you hear in economics about price dispersion, usually it deals with a lack of information on the part of a consumer. (In this case) people know where the low prices are. It's just costly for them to shop there.

The authors collected price data on a basket of 27 popular products, as well as credit card data to study household spending patterns for residents of West Jerusalem. They confirmed what boycotters were saying: Jerusalem residents in the non-affluent periphery areas of the city were paying as much as 15 to 20 percent more. 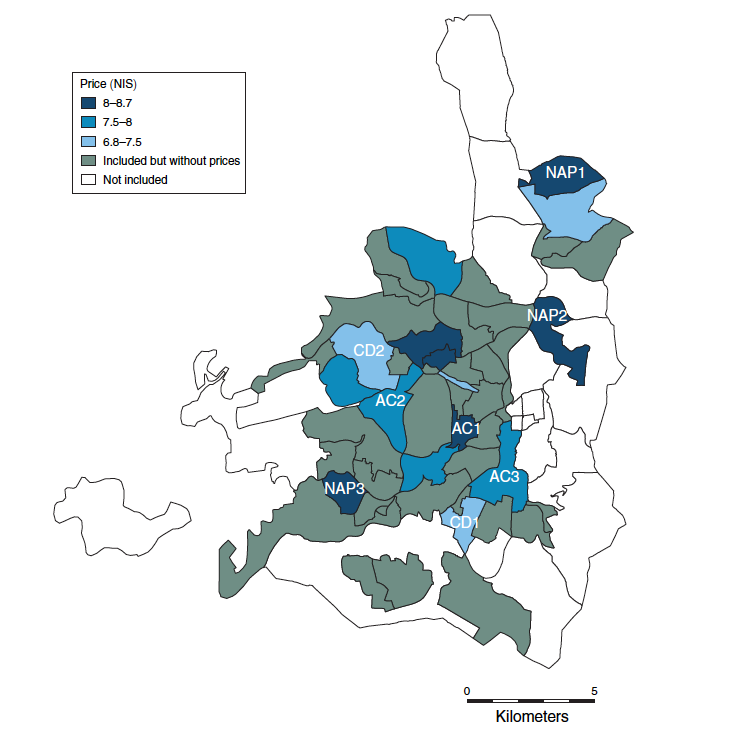 But, for some, the convenience of shopping locally was worth the higher price. To determine how important distance was, the authors used a demand model to simulate how consumers would respond to being forced to shop further away.  Moving a store 1 kilometer further away from a neighborhood reduced demand by about 35 percent.

If this were a transportation issue, then improving roads and public transit should bring prices down. But the authors conclude that it's not as simple as that.  Their simulation showed only mild reductions in prices in response to transportation improvements. In some peripheral areas, prices could even go up.

Still, that analysis was missing something. “Just looking at prices doesn't tell the whole story,” Eizenberg said. “It’s important to consider where people live and where they shop and how these things interact.” Overall prices may not change much when access to attractive shopping location improve. But many consumers from lower income areas will take advantage of the improved accessibility to shop at discount stores and will therefore benefit by paying lower prices for grocery.

Unfortunately, not everybody has that luxury. Elderly residents and busy families might put a higher value on time and access. Even with better transportation, it still not worth the extra time to get on a bus or drive to the store further away. This makes them a kind of captive consumer base so that their neighborhood stores don't have to adjust their prices. In short, upgrades aimed at leveling the market can help some people, but may also leave others behind.

The research highlights an important lesson for policymakers. Broad-based tools to improve access to certain markets are beneficial to the average consumer but aren’t going to provide relief to everyone. Targeted programs designed to help vulnerable groups like the elderly will likely have to be implemented.

“Retail prices in a city” appears in the May 2021 issue of the American Economic Journal: Economic Policy.

How the telegraph reduced price volatility

Bloomberg Businessweek cites an AER paper that compared prices online and in stores.