As farmers go, so goes the nation

How did agriculture help the US recover from the Great Depression in the spring of 1933? 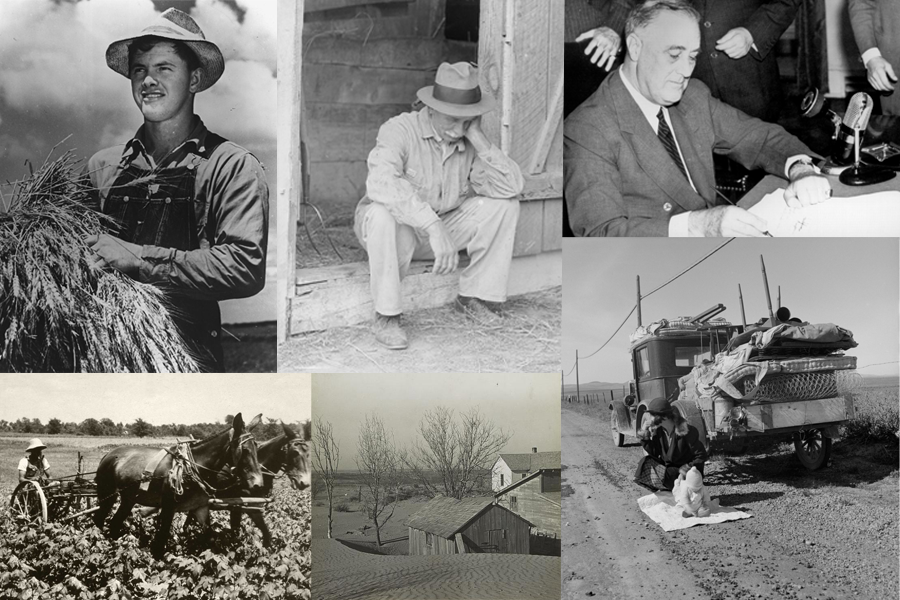 Upon accepting the Democratic nomination for president, Franklin Roosevelt pledged to the American people a “new deal” and way out of the Great Depression. Many economists and historians think he kept his promise and that his policies went some way to pulling the US out of its worst recession ever.

“The US experienced quite a miraculous initial recovery from the depression in the spring of 1933. In just four months . . . it was as if we recovered from two years of the Great Depression,” economist Joshua Hausman said in an interview with the AEA.

What’s not as clear is why the Roosevelt administration’s efforts worked so quickly.

But any explanation has to include the large increase in crop prices that relieved farmers, according to Hausman's paper with Paul Rhode and Johannes Wieland in the February issue of the American Economic Review.

We'd like this paper to lead policymakers to think a little more about how redistribution among groups may change the aggregate impact of their policies.

Even before becoming president, Roosevelt came to see that in order to revive the economy, farmers needed to recover. In a campaign speech, he said that low crop prices had “destroyed the purchasing power . . . of nearly half of all our people.” And he vowed to “restore the purchasing power of the farmer.”

On April 19, 1933, Roosevelt announced that his administration would make raising commodity prices a “definitive objective.” That day, he took the US off the gold standard. The dollar depreciated 30 percent against the British pound over the next three months—even more relative to some other major currencies.

This devaluation immediately increased the prices of traded farm goods. Crop prices rose roughly 10 percent between April 18 and April 20. Yet there was little change in the prices of non-tradable farm goods, such as livestock, and no significant change in foreign currency crop prices, for example cotton in England—ruling out other explanations for the increase.

High crop prices translated quickly into needed income for US farmers. Income from crops nearly tripled from March to July of 1933, and total farm income doubled, according to the authors.

This extra income meant that farmers could buy new equipment, more food, clothing, and so on. While data on most goods are limited, the authors show that the more a state or county depended on income from crops, the more its car sales grew—a good indicator of overall spending.

Where did the recovery happen?
The chart below shows the connection between new-car sales and the share of farmers in each state. States with large cities, such as New York, had lower growth than states like North Dakota and Mississippi, which relied heavily on wheat and cotton respectively. States such as Wisconsin saw relatively moderate growth, partly because its farming was concentrated in non-tradable goods like dairy. 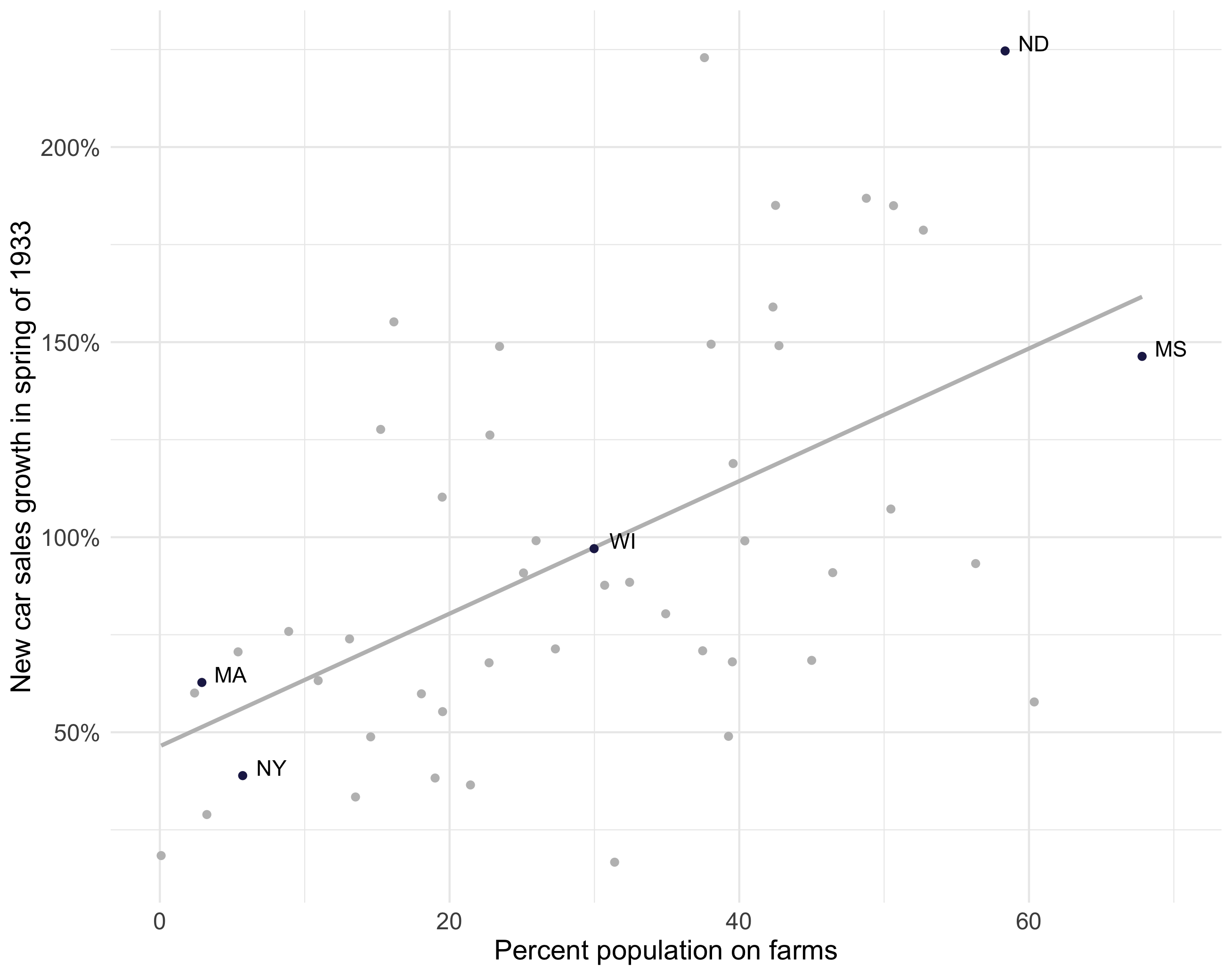 Farmers clearly benefited from Roosevelt’s devaluation, according to Hausman. And because farmers were probably less likely to save their extra cash than most companies or other Americans, the overall economy recovered as well.

In 1933, farmers were heavily indebted compared to their fellow Americans. Agricultural mortgage debt was 270 percent of personal farm income, and there were nearly 100 foreclosures per 1,000 mortgaged farms, compared to just 13.3 for every 1,000 mortgaged non-farm structures.

Standard economic theory predicts that debt-burdened households will spend more of their extra income than households in the black. In fact, recent research on the last recession bolstered this view.

Roosevelt’s devaluation essentially took money from those who weren’t spending and gave it those who would.

Using this logic and several assumptions, the authors calculated that the agricultural recovery could explain between 20 and 60 percent of the growth in the spring of 1933.

A couple other factors were likely involved in the recovery as well.

Most banks were in bad shape during the Great Depression, but rural banks—whose business was loaning to farmers—suffered in particular. Farmers with more income were able to pay back their mortgages and avoided default, which saved some rural banks and improved the financial system as a whole.

As the authors note, Business Week put this succinctly in their first issue after the US left the gold standard: “70-cent wheat makes a lot of sick banks well again.”

In addition, higher farm prices only gradually passed through to consumers, leading them to expect higher prices. This in turn may have contributed to halting deflation, which is often thought by economists to be a culprit behind the Great Depression.

The authors’ research shows that different households within the economy can respond diversely to monetary policies.

“We'd like this paper to lead policymakers to think a little more about how redistribution among groups may change the aggregate impact of their policies,” Hausman said.

"Recovery from the Great Depression: The Farm Channel in Spring 1933" appears in the February issue of the American Economic Review.

Sriya Anbil on emergency lending in the Great Depression

How can we identify "bad banks"?

Why prices didn’t plummet during the Great Recession

Searching for the “missing deflation”