An interview with Dave Donaldson 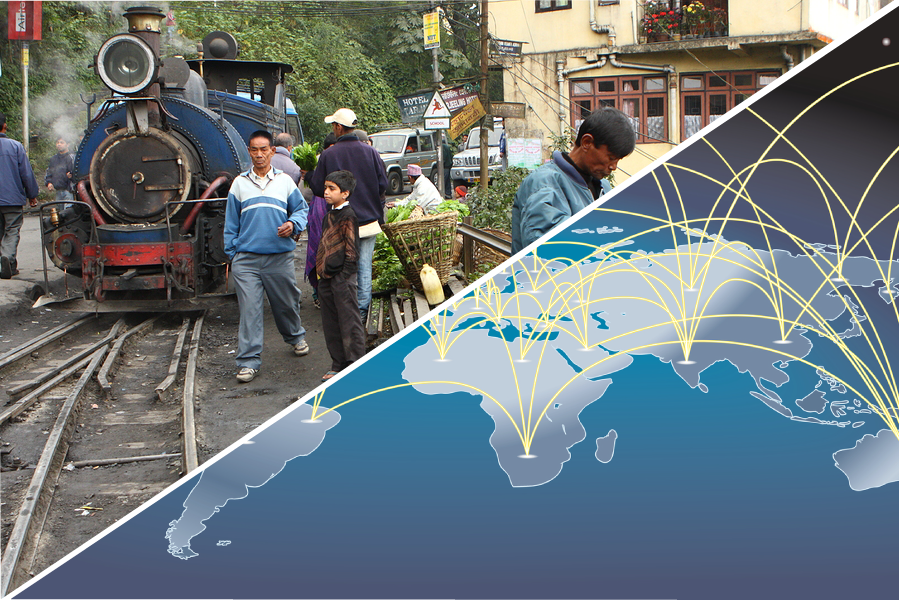 He’s been called the most exciting economist in the area of empirical trade.

Dave Donaldson is this year’s winner of the John Bates Clark Medal, given annually to the economist under the age of 40 who has made the most significant contribution to the field. Donaldson has used extensive datasets to examine everything from India’s railway expansion in the 19th century to the consequences of climate change on agricultural productivity.

The 38-year-old Toronto native and father of four is an associate professor at Stanford. Donaldson, who is also a co-editor of American Economic Journal: Applied Economics, recently spoke from Berlin, where he is teaching on Stanford’s overseas program, with the AEA’s Chris Fleisher and Tim Hyde. He talked about why he switched from studying physics as an undergraduate to pursuing a career in economics, some of the professional relationships that have shaped his career, and how he introduced a classroom of kindergarteners to the concept of international trade.

An edited transcript follows and a fuller audio version of the interview can be heard by clicking on the media player below.

AEA: What has the past week been like for you since you won the honor?

Dave Donaldson: I've been certainly a little speechless. Bit of a state of shock. It's one of those things that, as a grad student and as a young researcher, you hear about the people who win this award, and they're sort of demigods that live in this other universe. I never imagined that I would be honored in this way.

AEA: You actually have a background in physics. What sparked your interest in economics originally and also the field of trade specifically?

Donaldson: I loved physics. My mom was a chemistry teacher, my dad studied physics, and his dad had a PhD in physics, and somehow it was just a big part of the way I grew up thanks to my parents.

I guess two things happened. One was the public events around me. I guess, circa 1999 there were all kinds of anti-globalization, anti-WTO protests in the air at that time and I got interested in that and I kept wondering why there wasn't a set of super crystal clear, black and white answers to those questions, the same way there were pretty black and white answers to the questions in my physics textbooks. I got kind of hooked on the idea that economics was the physics of the social sciences, or physics for public policy questions is a better way of putting it. That is, using theory and data and scientific method to come up with clear answers to questions to those policy questions that were on the front pages and were in the hearts and minds of students around the world in the late 90s about globalization.

AEA: And so after you noticed these protests and they sort of sparked your interest, where did you go next? Did you find some interesting books? Did you seek out a teacher or mentor at your university?

Donaldson: It helped a lot that my now wife, then girlfriend, was studying economics. She was the one who really engaged with the science and the thinking about these kinds of questions and I learned a lot from her. And I also just looked over her shoulder and saw what economics was like. I saw her textbooks and I started talking to some of her teachers who were very generous to me inside our college at Oxford. 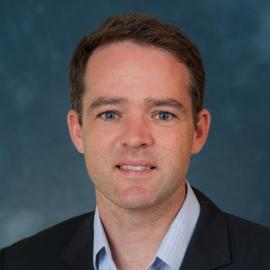 Dave Donaldson is a professor at Stanford University.

AEA: When did you start to investigate specific questions of trade and carve out a niche for yourself?

Donaldson: There's certainly a phase in grad school where I started to sink my teeth into the work that was the bulk of my thesis, which was to do with trade within India and the way that the construction of railroads, just like it did in so many other countries, transformed the ability to trade. ... I found myself thinking I should read general books about Indian economic history and not just narrow books about railroads and trade. And it was in the process of reading those general books that I saw interesting economic questions to do with trade and economic development dripping from every page of those books.

AEA: If you could go back in time, what advice would you have for your earlier self starting out as a grad student or young researcher?

Donaldson: I really believe the best thing that happened to me was I got the chance to sit down in the same room as passionate and smart and committed and creative people and collaborators and get the chance to talk it out. And it was a culture of openness where no one is embarrassed about saying "I don't understand this," or "I was teaching this yesterday, there's something I didn't get. I've never understood that. To be perfectly honest, can we talk about it?" It's those kinds of conversations that throughout my career have always led to something good.

I really believe the best thing that happened to me was I got the chance to sit down in the same room as passionate and smart and committed and creative people and collaborators and get the chance to talk it out.

AEA: Have your kids shown any signs of being budding economists?

Donaldson: Well, they're young. They're interested in everything. One of the joys of being a parent is seeing the world through their eyes and being on the journey with them for a second time.

I was invited to go into my daughter's kindergarten classroom and talk about my job, and we were encouraged to do something interactive, so I had the pleasure of trying to teach five-year-olds about trade through a game where I gave them pencils and erasers and allowed them to trade with others and see what kind of deals they came up with, what was the end result, and how that relates to the way we think about trade between countries. That was certainly fun.

It wasn't a surprise to ask about 30 of them afterwards, one by one, "Are you happier now with the pencils and erasers you have than the ones I randomly gave you before?" There was one poor guy who said he was less happy, but 29 of them said they were more happy. That's obviously not a big surprise. When people enter into voluntary agreements, they usually do so willingly and almost by definition end up happier.

That same principle is behind the way economists think about trade everywhere. It's always about consenting adults agreeing to voluntarily exchange if they want, or not if they don't, and so they can do no worse than the random thing they started with, but they can potentially do better by trading with others. We as humans would be nothing if we didn't interact with others and trade with others. Imagine you had to consume and eat everything you produce, right? So, we're immensely specialized human beings and that's an immensely good thing. It's the greatest thing that happened to humans.

Music in the audio interview is by Podington Bear.

Dave Donaldson is the 2017 Clark Medalist