Pinpointing the gender problem in economics 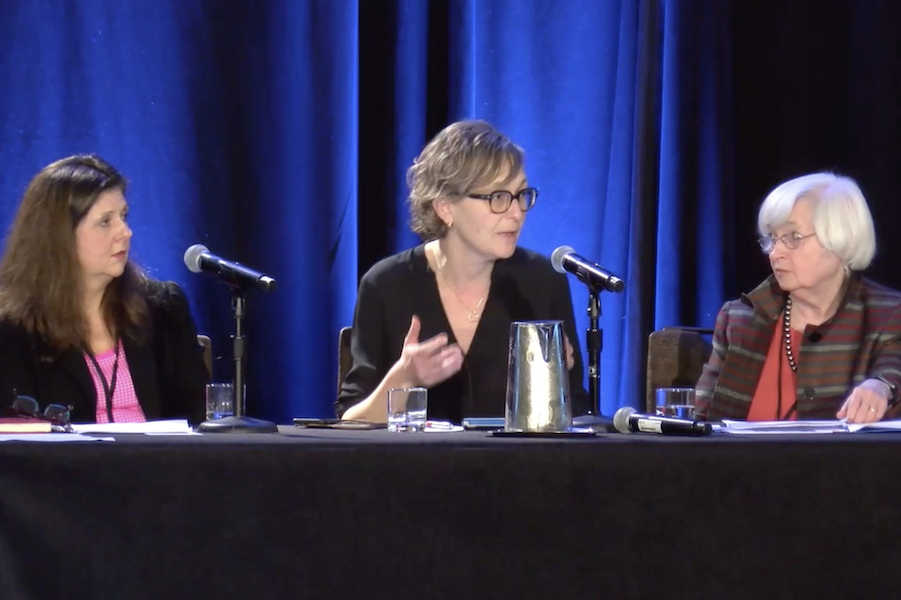 Betsey Stevenson, Marianne Bertrand, and Janet Yellen discuss how to solve the gender problem in economics at the 2019 AEA Conference.

At this year’s AEA conference, a panel of prominent economists stated unequivocally that economics has a gender problem.

The problem is multifaceted, with numerous plausible explanations. And the gender gap is showing up at some early, critical periods in an economist’s career, according to a paper in the Winter issue of the Journal of Economic Perspectives.

Authors Leah Boustan and Andrew Langan found wide and persistent variation in the success of women across PhD programs in economics.

Women may be deterred from pursuing a career in economics as undergraduates, and maybe even as high schoolers, but graduate school is especially important. A PhD is the gateway to entering the profession, which makes it an obvious first place to look for problems.

Economists have known for a long time that progress on the female share of graduate students has stalled. However, the authors found that some departments are much more inclusive than others. The share of female graduate students in US departments has ranged from an average of 10 percent to 50 percent. They showed that most of the variation was due to admissions decisions; women didn’t appear to drop out of graduate school more than men.

After completing a PhD, most economists take positions as faculty at universities, and, fortunately, the authors found that women were just as likely as men to land a job at a US doctoral program.

But Figure 4 below shows that women tended to place in lower-ranked programs than similar men, published fewer papers in the first seven years of their career, and got promoted less frequently. 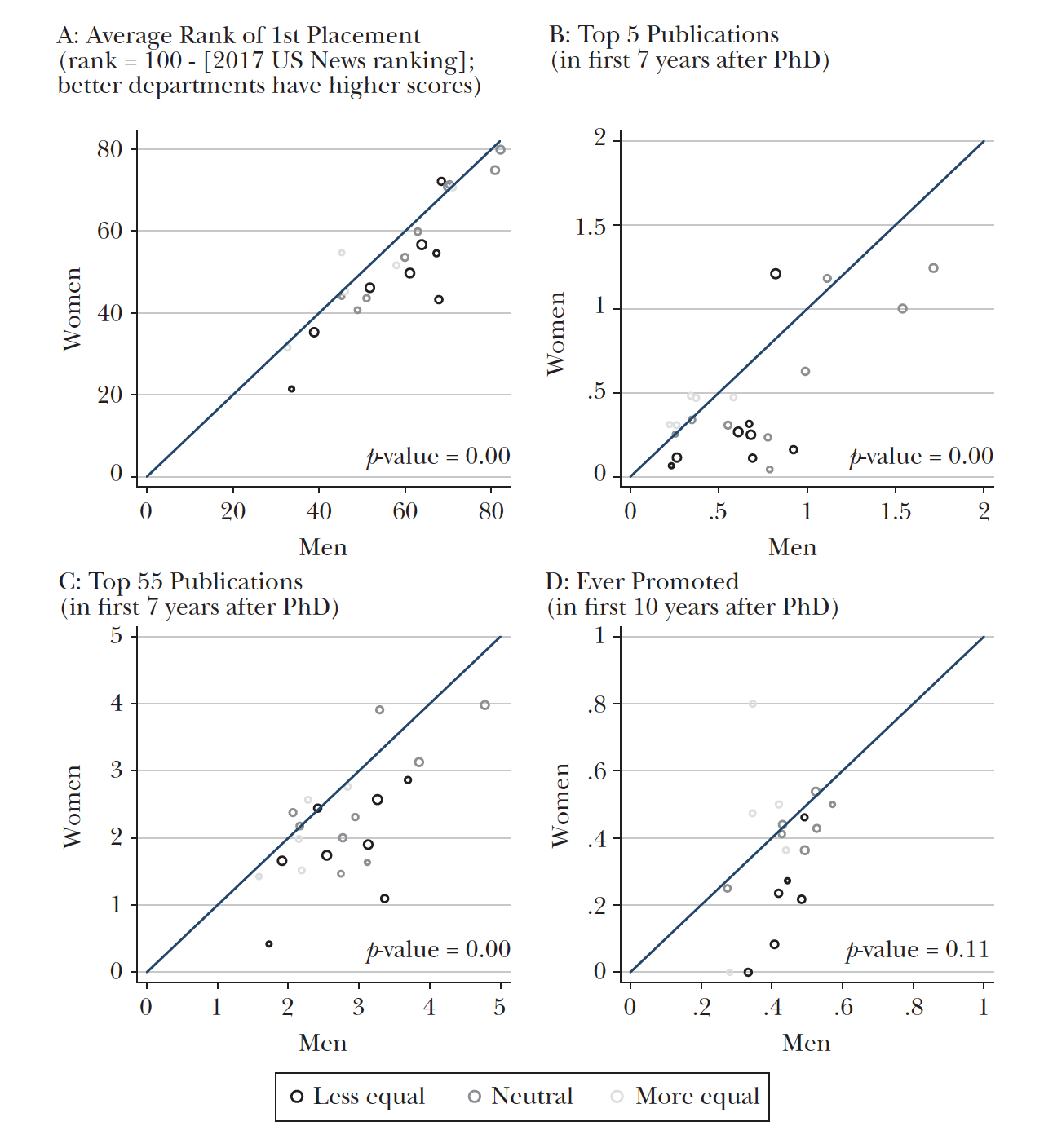 Each circle above represents a top PhD-granting economics department in the US. The size of a circle represents the number of students graduating from the department between 1987 and 2017, and the shade of each circle indicates the relative equality of each department, based on a number of factors like the share, retention, and promotion of women.

Panel A shows that women placed in lower-ranking departments on average, as indicated by the circles below the diagonal line. Panels B and C show that they also tended to have fewer publications after graduating. And finally, Panel D shows that the share of women who were promoted in the ten years after their PhD is much lower compared to men, especially women who graduated from less equal departments.

Many factors could explain why economics has not been as successful as other fields at promoting equality of the sexes, but the authors’ research shows that not every department is failing. And along some measures, such as offers and acceptances of faculty positions, there’s been progress overall.

Economists will have to be smart about identifying where the problems are occurring and how to fix them.

Variation in Women's Success across PhD Programs in Economics

We document wide and persistent variation in women's representation and success across graduate programs in economics. Using new data on early career ...