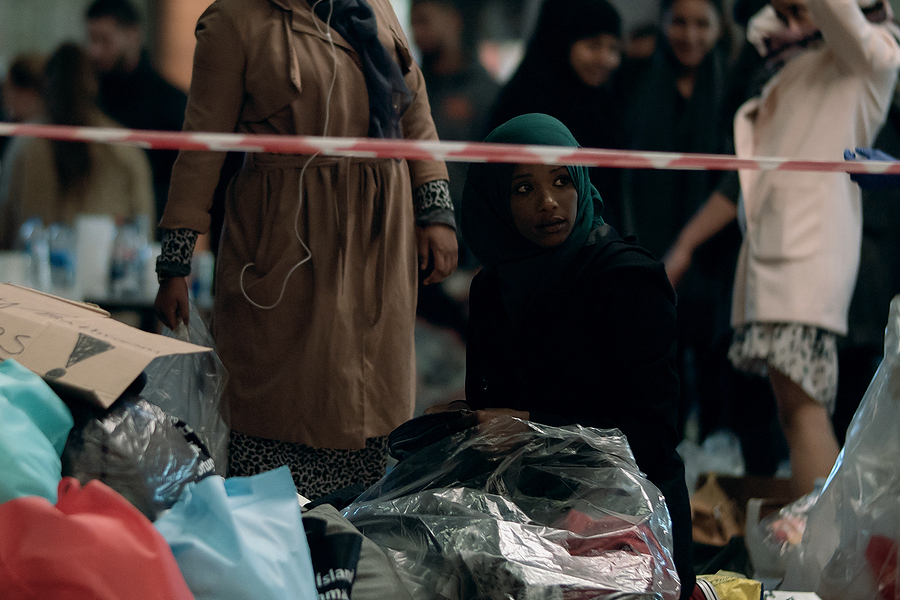 A Syrian refugee sits at a charity collection point in Copenhagen.

There is broad agreement that governments should support their sick, hungry, and elderly citizens to some degree. But there has been tense debate over whether or not that aid should be extended to recent immigrants.

Opponents often argue that it causes a surge in immigration, which leads to more spending that taxpayers shouldn’t have to shoulder.

So far there has been little hard evidence of that, but a paper in the December issue of the American Economic Review: Insights sheds new light on the issue.

Authors Ole Agersnap, Amalie Jensen, and Henrik Kleven found that Denmark’s recent changes to its social programs led to large shifts in the number of people coming to the country.

In 2002, Denmark cut benefits to immigrants from outside the European Union by up to 50 percent. This so-called immigrant welfare scheme was controversial; it was eventually repealed in 2012 and then reinstituted in 2015.

Figure 2 from their paper shows how net migration into Denmark changed from 1980 to 2017. 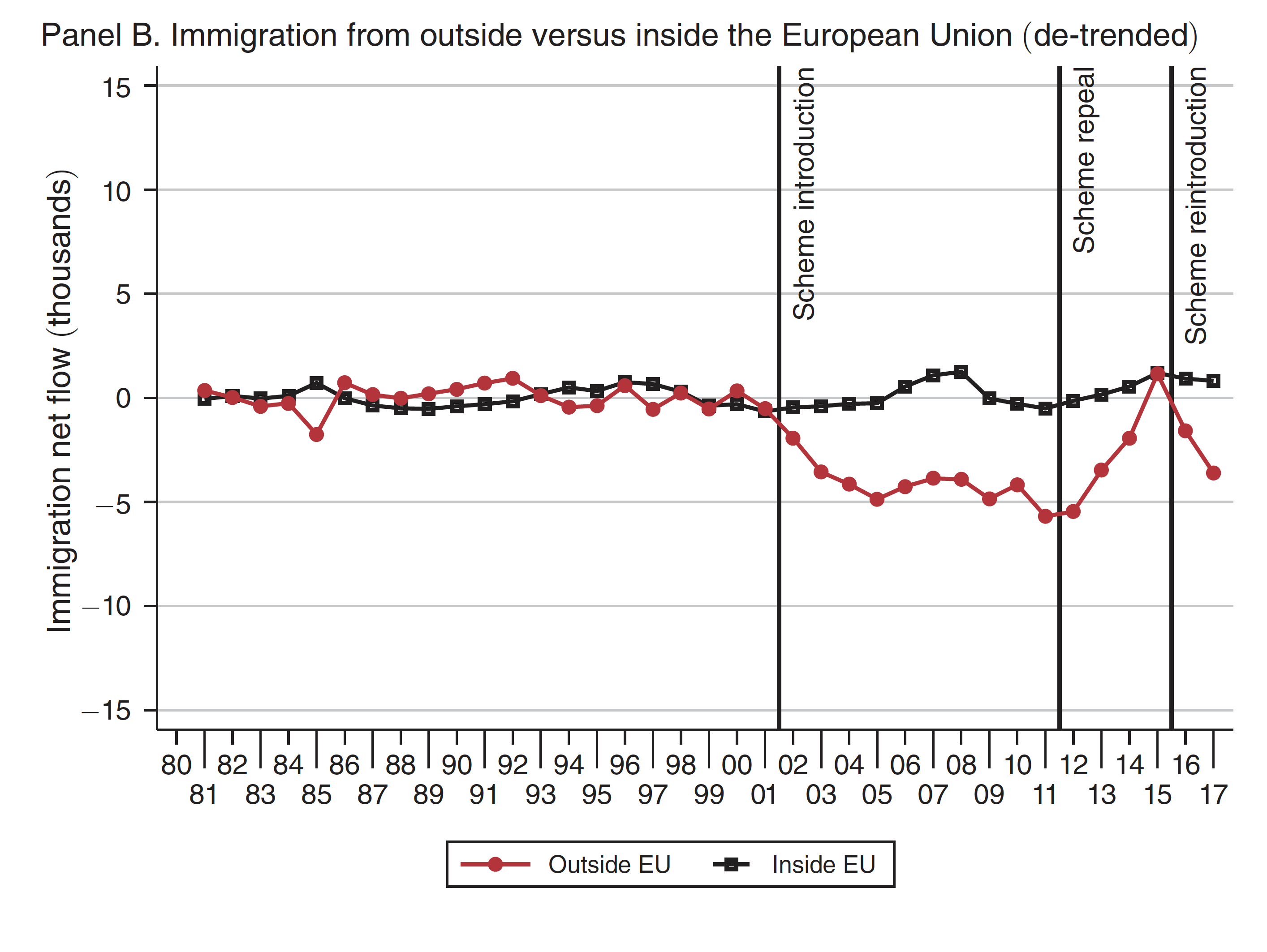 The black line shows net immigration flow from places inside the EU, whose citizens received full welfare benefits throughout the period. The red line indicates the flow into Denmark from outside the EU. (The linear trends were removed in both series to ease comparison.)

Migration to Denmark from inside and outside the EU moved in parallel until the 2002 scheme was introduced. There was a sharp drop in non-EU immigrants, but the numbers completely recovered 3 years after it was repealed and then dropped again upon reintroduction.

The timing and divergence between the two groups is a clear indication that Denmark's generous and well-publicized welfare program attracted people to the country.

The authors estimated that the cuts reduced the net flow of immigrants by about five thousand people per year. Their work shows that social insurance programs and immigration are in fact intimately related issues.

The Welfare Magnet Hypothesis: Evidence from an Immigrant Welfare Scheme in Denmark

We study the effects of welfare generosity on international migration using reforms of immigrant welfare benefits in Denmark. The first reform, implem...