The downside of universal child care 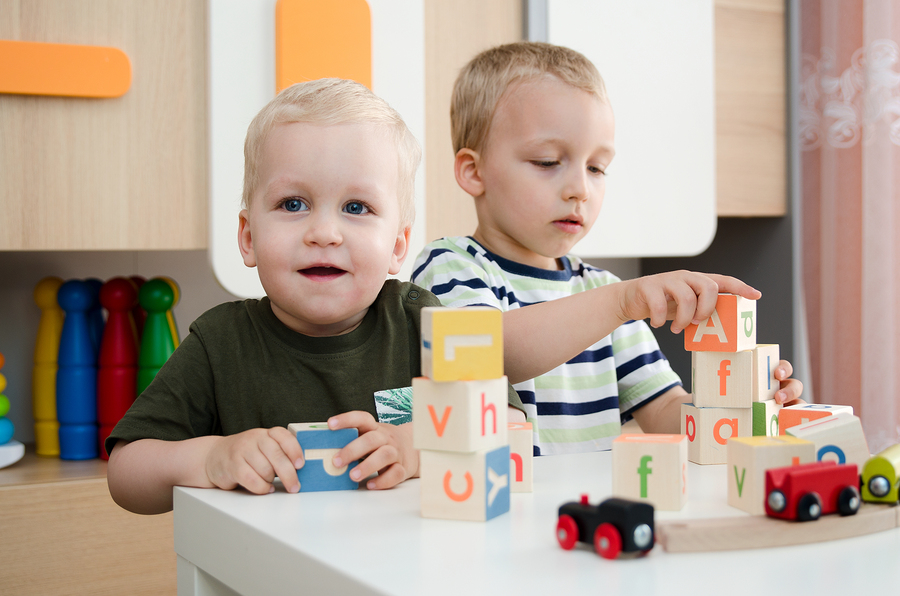 Preschool-aged children play with toys at a child care center.

“The research is clear—investment in early childhood education reaps benefits for students, families, and communities for years to come,” de Blasio said at the time.

But he was wrong. The research is far from clear on the effects of early childhood interventions, or how long those impacts last. While studies of the Perry Preschool Project and Head Start have shown positive impacts, there remains an important question: if a good program has positive influence on a child’s development, could a bad program have negative consequences?

A paper in the American Economic Journal: Economic Policy says that not only can there be negative impacts, but those effects last well into the teenage years.

Authors Michael Baker, Jonathan Gruber, and Kevin Milligan examined the impacts of a universal child care program in Quebec. Introduced in 1997, the program offered extremely low-cost care at $5 per day for children up to the age of four. It helped many more mothers go to work, but also resulted in substantial declines in noncognitive development and health for kids. 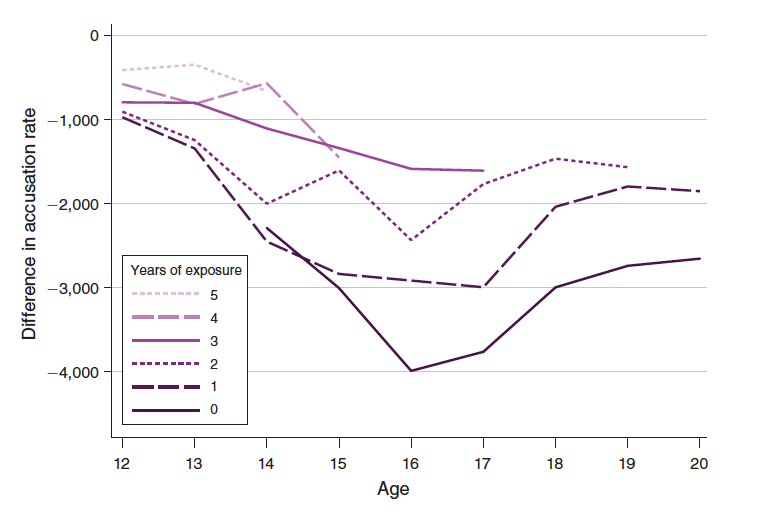 Figure 3 from their paper examines how it affected crimes committed by teens who were enrolled in the program when they were young compared to other kids in the rest of Canada. Quebec children had lower incidents of criminal accusations against them overall, represented by the negative numbers on the y-axis. But the gap between Quebec and the rest of Canada shrunk as children spent more years in the universal child care. Criminal accusations are lowest for the cohort of Quebec teens who spent no years in the program (represented by the solid purple line), and highest for the cohort that spent the most time in universal child care (the lightest lavendar dashed line).

This is not to say early child care is necessarily bad. The Quebec program is likely lower quality than more successful models like the Perry Preschool Project and Head Start. Rather, it bolsters arguments about the importance of early childhood interventions and raises questions for policymakers who design such programs.

The Long-Run Impacts of a Universal Child Care Program

Past research documents the persistence of positive impacts of early life interventions on noncognitive skills. We test the symmetry of this finding b...