A big push out of poverty 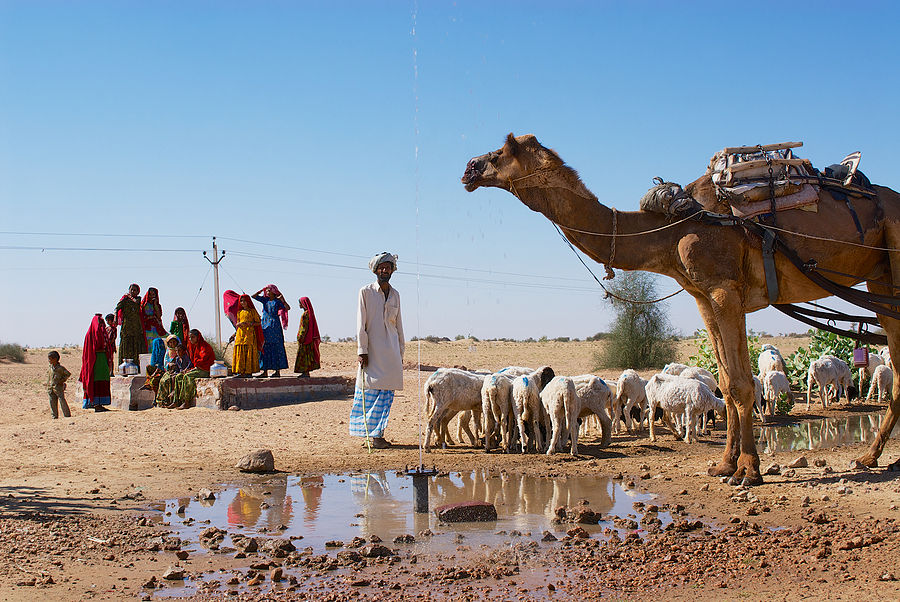 Camel and sheep drink water from a roadside pond in the Thar desert in Jamba, India.

Combating extreme poverty in the world is a continuing challenge. Many countries have implemented policies that involve providing a one-time "big push" of support in the hopes of helping people to break out of poverty traps.

In a paper in the American Economic Review: Insights, authors Abhijit Banerjee, Esther Duflo, and Garima Sharma investigate how these policies of large asset transfers affect long-term well-being and whether they really can end cycles of poverty.

The authors extend these findings out to ten years.

Figure 1 from their paper shows how much TUP affected per capita consumption, food security, and household income. 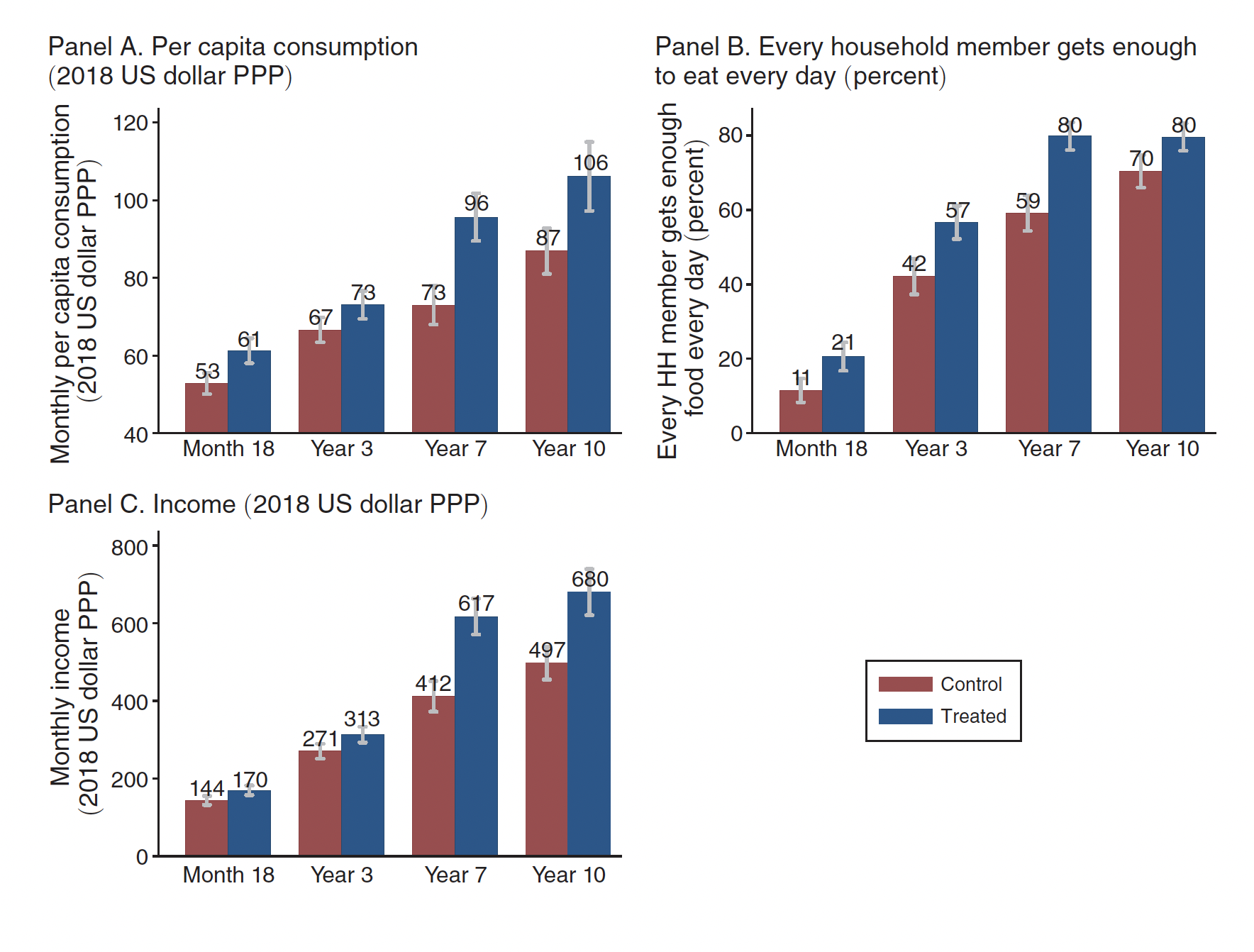 Panel A shows that individuals in treated groups (blue bars) were consuming significantly more than their counterparts in control groups (red bars) eighteen months after the start of the program. That gap continued to widen and by year ten reached a difference of sixty-three cents per day—which was enough to lift the treatment group just beyond the World Bank threshold for “moderate poverty.”

Panels B and C show a similar pattern in two other measures of extreme poverty: food security and income. Both groups had considerable improvement overall, but the households receiving TUP support made more rapid progress up to year seven, after which the pace slowed.

The results do not demonstrate conclusively that programs like TUP are capable of breaking poverty traps. The authors say research with an even longer horizon is needed. Still, their work shows that one-time interventions can provide relief to people in extreme need for many years.

“Long-Term Effects of the Targeting the Ultra Poor Program” appears in the December 2021 issue of the American Economic Review: Insights.