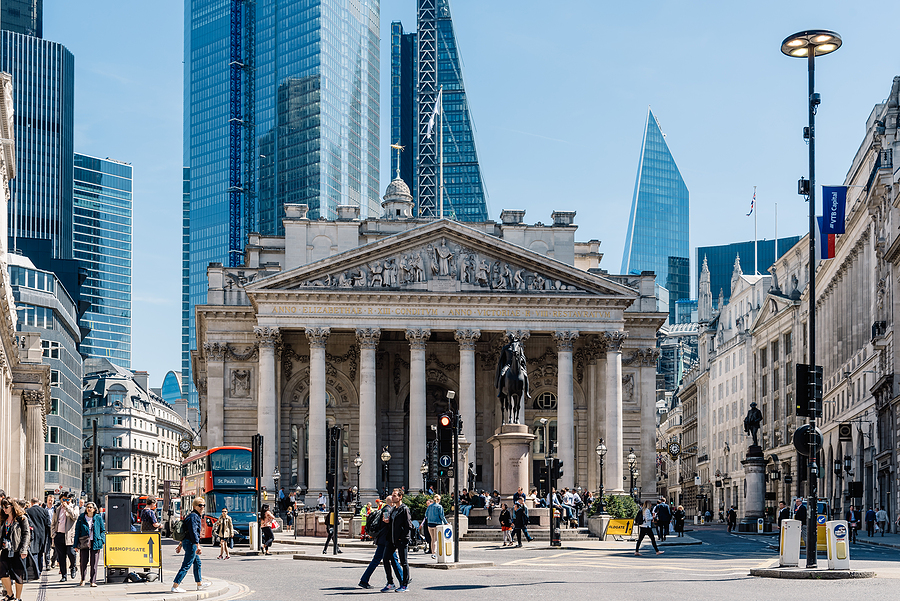 The Royal Exchange and the Bank of England located in the City of London.

National debt levels are heading toward all-time highs in many developed countries. Naturally, much of the focus of research is how much debt governments should take on.

But an overlooked question is what type of debt governments should issue, according to a paper in the July issue of the American Economic Journal: Macroeconomics.

Authors Martin Ellison and Andrew Scott found that the UK, where debt now exceeds 100 percent of GDP, has relied too much on long-term debt.

Figure 3 from their paper shows the composition of debt since 1900. Each color on the graph shows the percentage of outstanding bonds by maturity—the remaining lifespan of a bond—in terms of face value. 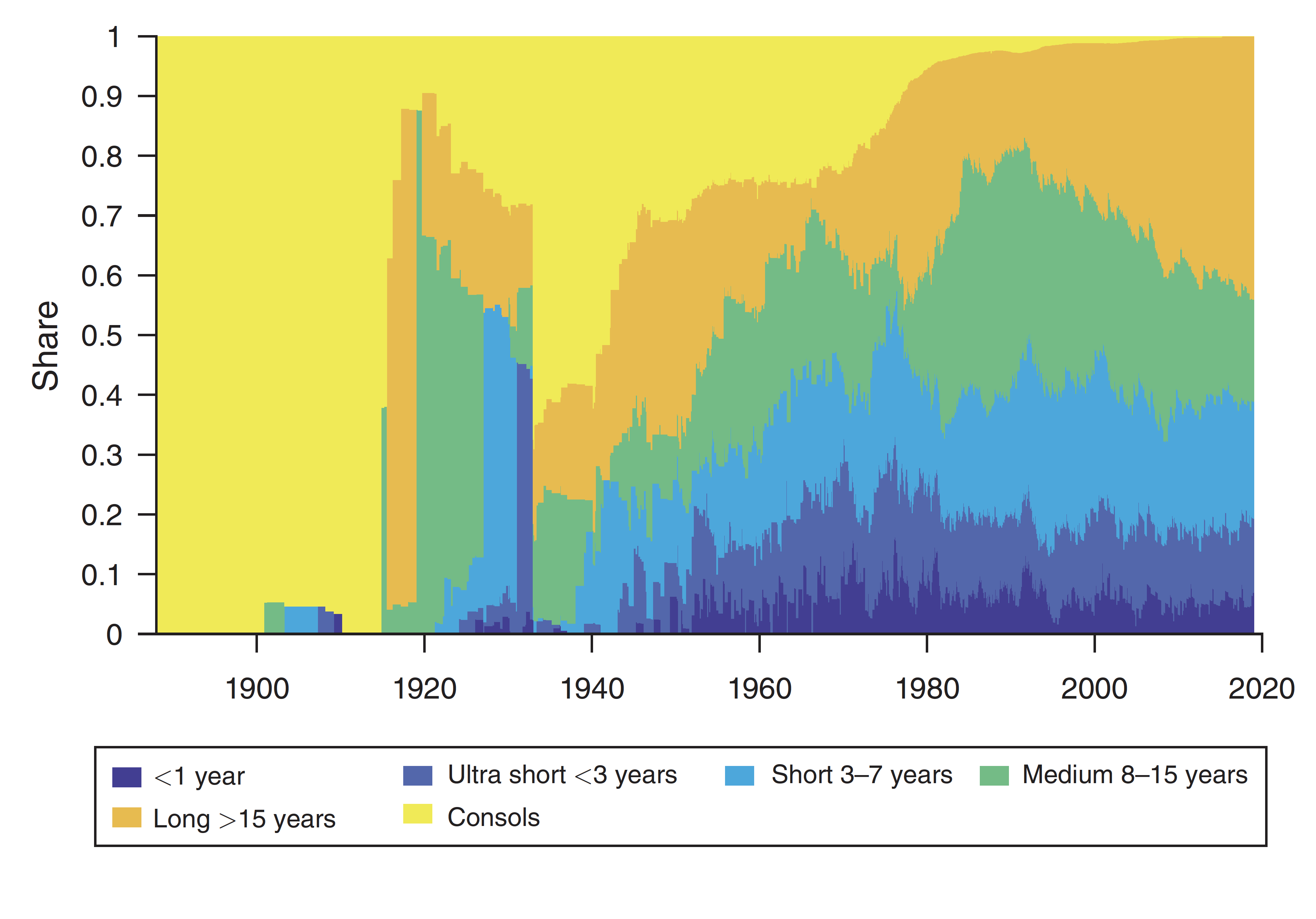 Starting in the early 20th century, the UK moved from using so-called consol bonds (yellow area), which have no maturity date, to a mixture of short-term, medium-term, and long-term bonds.

While consols went out of fashion, UK debt managers have increasingly relied on bonds with maturities longer than 15 years, as indicated on the chart by the growing orange area from the 1990s onwards.

As of 2018, the final year of data, 60 percent of outstanding bonds had remaining maturities longer than 8 years (green and orange area).

The authors used a dataset—created by combining archives of the House of Commons, Bank of England, Heriot-Watt University, and the Financial Times—on the quantity and market price of every individual bond issued by the UK government since 1694.

Over that time, the UK faced numerous business cycles and several wars and financial crises. Debt managers had to balance various risks created by those disruptions with the cost of issuing debt, which always consists of coupon payments and the changing market value of government bonds.

The researchers showed that the UK could have reduced the overall national debt significantly by issuing more short-term bonds instead of long-term bonds.

In the end, the cost reductions from short-term debt far outweighed the lower refinancing risks associated with long-term debt.

We examine UK debt management using a new monthly dataset on the quantity and market price of every individual bond issued by the government since 169...