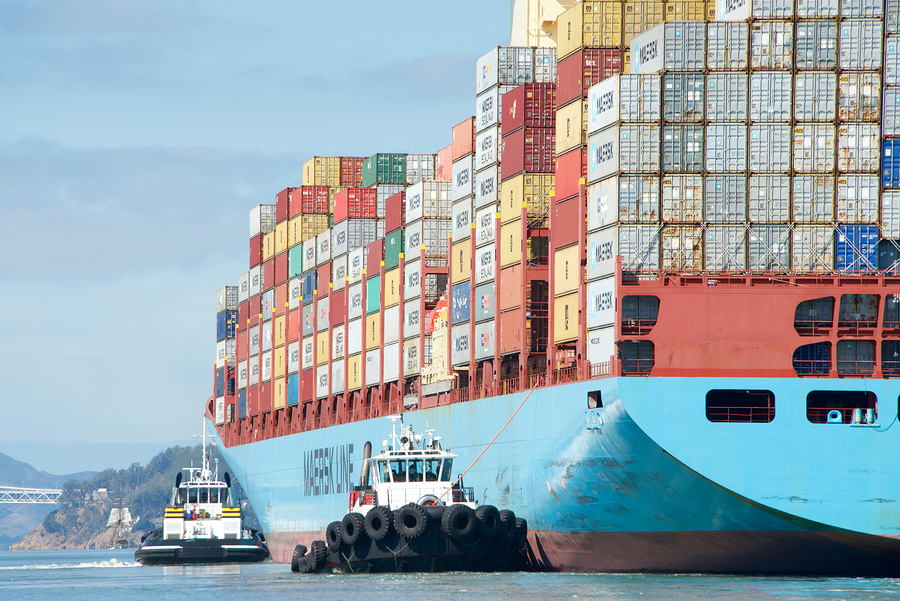 The Danish company Maersk is the largest container ship operator in the world.

Illinois resident Michael Morrison told the New York Times that he expected to work in a steel mill for the rest of his life. Then, he said, new international competition put an end to his career. He found work, but it was a job that had no use for his unique, hard-earned skills and paid little more than half of his previous wages.

Morrison’s setback may only be an anecdote, but a paper in the December issue of the American Economic Review lays out just how damaging more imports from poorer countries has been for some jobs in developed economies.

Author Sharon Traiberman found that the winners and losers from free trade are decided primarily by occupations—not industries.

He argued that when competition heats up, workers like Morrison suffer much more than, for example, the accountants at the steel mill whose skill set translates to a wide variety of industries. Taking that into account is an important step for economists who want to estimate the true costs of trade.

Figure 4 from his paper captures the impact that import competition from developing countries has had on the growth of different occupations in Denmark.

Panel A indicates that import growth (in billions of Danish krone) was mostly driven by developing countries such as China and Turkey. Their share went from 12 percent in 1995 to 22 percent 12 years later.

Panel B shows how exposure to import competition varied with the logarithmic change in the number of jobs for an occupation. (The size of the circles represent the size of the occupations.)

Using a more sophisticated method, Traiberman estimated that 57 percent of income changes could be accounted for by occupational changes.

Other studies have shown just how hard industries like manufacturing have been hit by the rise of China. Traiberman’s research sheds light on how concentrated those losses can be.

I argue that the winners and losers from trade are decided primarily by occupation. In addition to fixed adjustment costs, workers build up specific h...