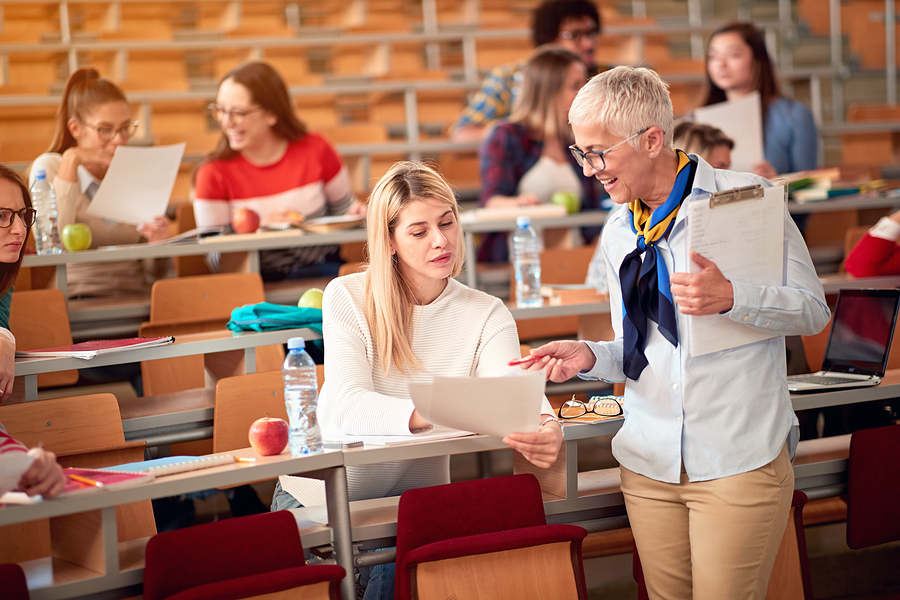 A professor helps a student in class.

Teaching evaluations can be unkind, unfair, and even cruel to university professors who incur the wrath of an angry student.

As good-humored as many professors might try to be, there are real career consequences. Many institutions use these assessments in faculty hiring, tenure, and promotion decisions, even though the reviews are often focused on nonacademic factors, like a professor’s appearance.

Researchers Whitney Buser, Jill Hayter, and Emily Marshall wanted to know how student views of a female instructor changed relative to their male counterparts over the course of a semester. 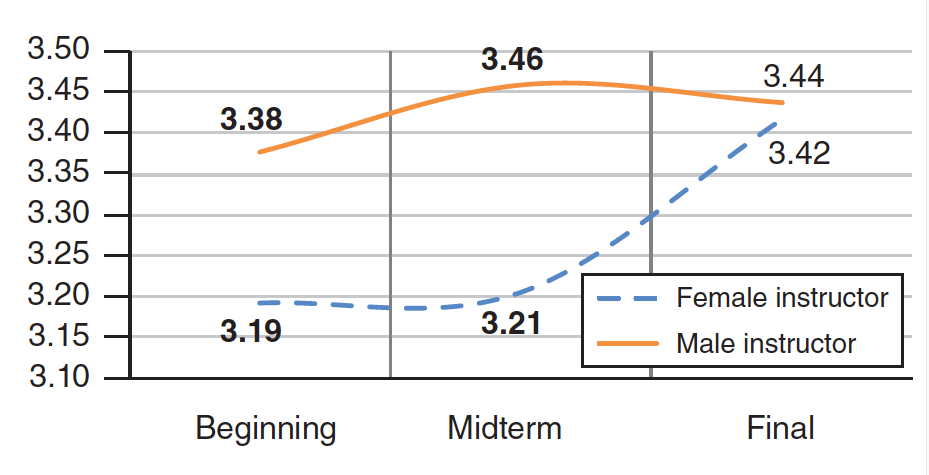 Collecting data from seven institutions, the researchers administered three surveys throughout the semester to measure how student impressions changed. The ratings for teachers that students said they would “recommend” revealed a significant gap between male and female instructors at the beginning of the semester that virtually disappeared as the course neared the end.

Even as universities grow increasingly aware of how student, faculty, and course characteristics influence teacher evaluations, this research suggests that the dynamics of how those scores change is important to understand, too.

Gender Bias and Temporal Effects in Standard Evaluations of Teaching

This study investigates whether gender differences in SET vary over the course of a semester, particularly in response to feedback from the instructor...