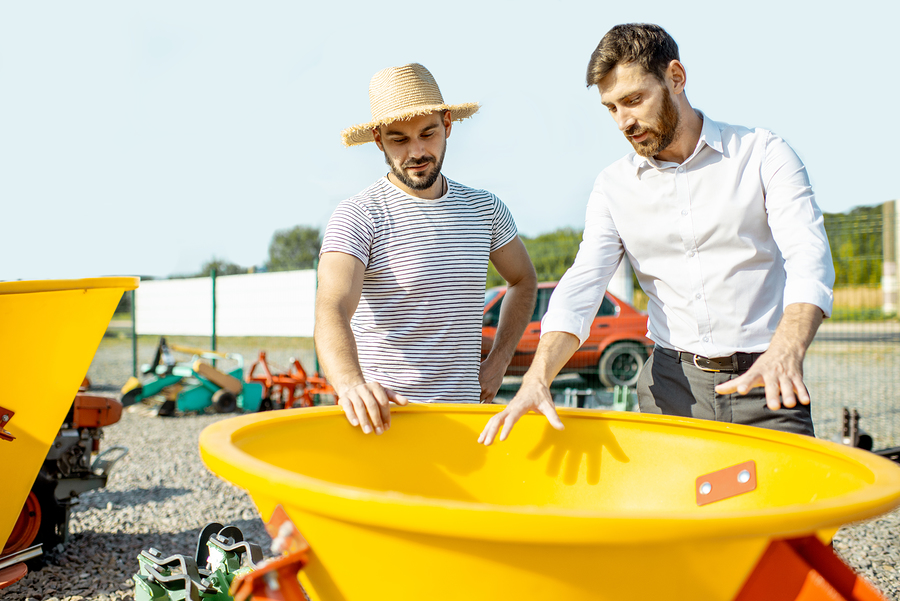 An agronomist with a salesman shops for agricultural machinery.

The signature piece of legislation of President Trump’s first term in office is the 2017 Tax Cuts and Jobs Act. And like the title suggests, its first priority was cutting taxes.

But did the new law lead to more jobs?

The total impact is still an open question, but at least one of its provisions has had a good track record, according to a paper in the March issue of the American Economic Review: Insights.

Bonus depreciation allows firms to immediately deduct or “expense” a portion of their capital investments from their taxable income in the hopes of creating jobs and increasing wages. This decreases the taxes that businesses pay when they purchase equipment—or as economists say, it lowers the cost of capital.

Because some industries tend to need longer-lived assets, such as the healthcare sector, bonus depreciation is more  beneficial to some businesses than others. The authors used this variation in exposure to design a difference-in-difference approach that estimates the effect of investment tax cuts on local employment.

Figure 2 from their paper summarizes the impact from 1997 to 2012, a period when bonus depreciations ranged from 0 percent to 100 percent. 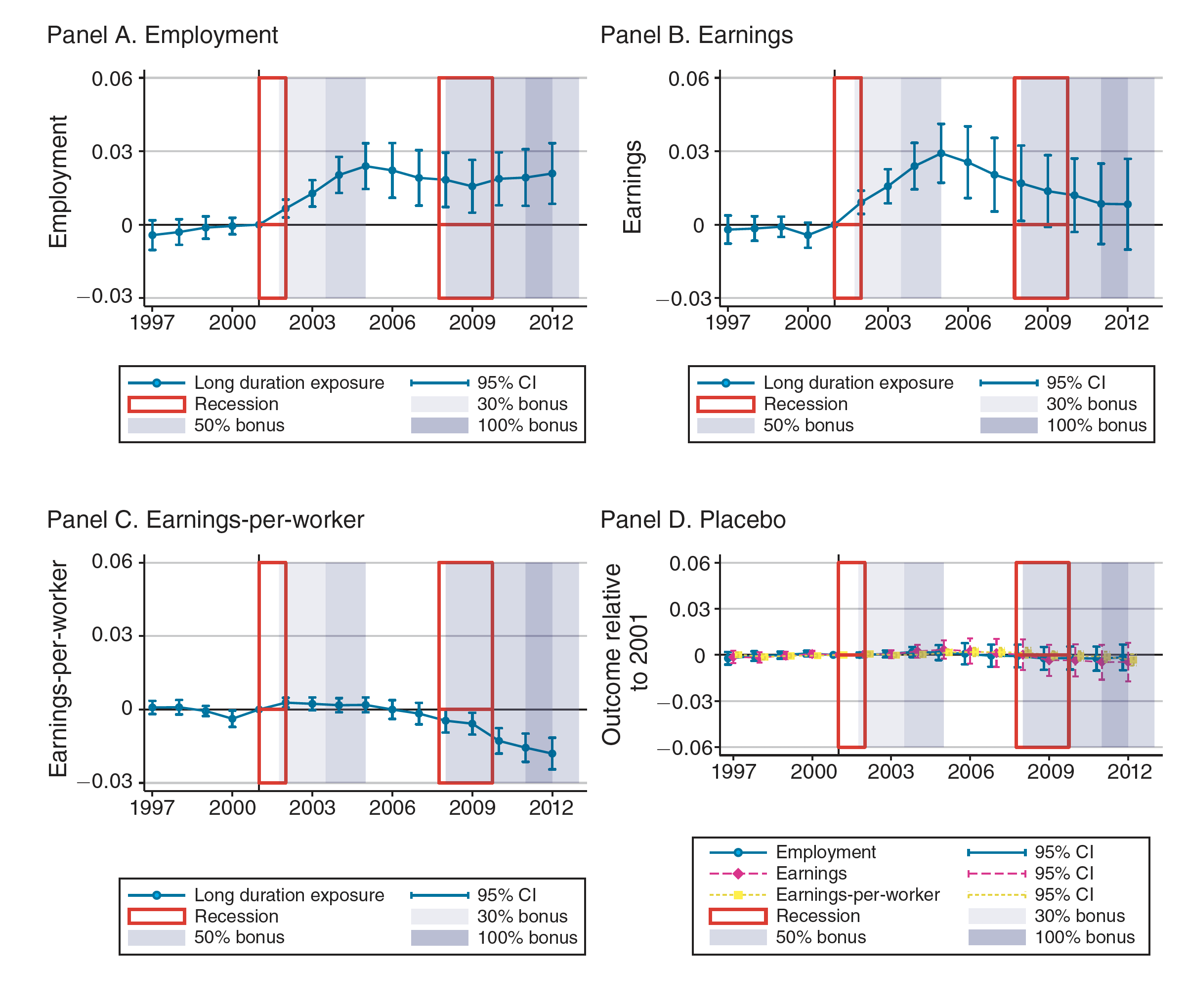 Each point in each panel is an average estimate of a US county’s industry hypothetically moving from the 25th percentile of exposure to the 75th percentile for a given year.

The shaded regions indicate the percentage of bonus depreciations allowed by law during a period.

Panel A shows that there was an uptick in jobs for counties that had companies with more exposure to the bonus depreciation law that started in 2002. This leveled off when the policy was ended, but then picked back up in 2008 when it was re-implemented. Total earnings for workers, in Panel B, shows a similar pattern.

However, Panel C illustrates that earnings per worker were largely unaffected until 2010, after which it actually reduced them. The authors suggest this may be partly driven by companies automating jobs in the long run.

Panel D displays effects of exposure to industries that did not benefit from bonus depreciation. It confirms that labor supply and earnings didn’t change for them.