Learning to insure against bad weather 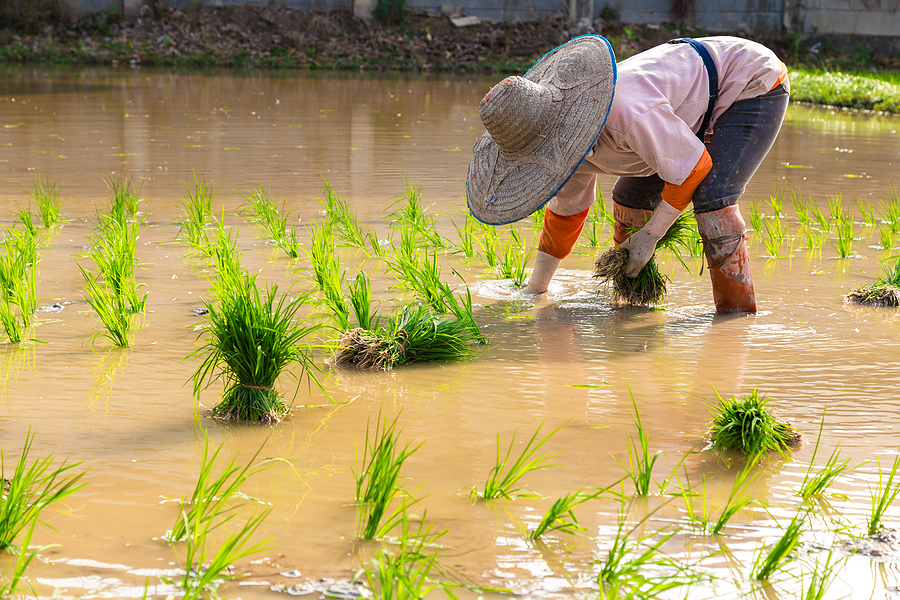 In the developing world, crop insurance can save farmers who are one bad growing season away from going under. On paper, it seems they should be quick to buy it on their own. But in practice, many countries have given up on trying to sell insurance and are moving to make it mandatory or at least heavily subsidized.

A paper in the August issue of the American Economic Review looks at why rice farmers in China are hesitant to pay for valuable weather insurance and how the state can encourage more take-up.

In the first year of their experiment, they randomly offered households either partially or fully subsidized insurance. In the second year, they again randomly gave out weather insurance, this time at eight prices, with subsidies ranging from 40 percent to 90 percent.

Figure 2 from their paper shows how take-up rates in the second year varied by price in the Chinese currency renminbi per mu (a unit of land measurement).

The red lines are the take-up rates in the second year for villagers who received a payout for weather-related damages in the first year. The dashed blue lines are second-year rates for those who didn’t have to use their insurance in the first year. (The vertical green bars are 95 percent confidence intervals.)

The chart shows that receiving a payout increased the chance that farmers renewed their insurance contracts, as indicated by the solid lines being above the dashed lines. This is an indication that receiving payouts was an important way that farmers learned about the benefits of insuring against disaster.

In Panel A, the striking decline in the take-up rate absent a payout at around 4 renminbi per mu illustrates how incurring a large cost for insurance, without seeing future benefits, can deter its use. No such drop was seen when insurance was free in the first year.

However, the figure also shows there is a tradeoff for policymakers. When there was a payout, take-up rates were higher at each second-year price when households had to pay for insurance in the first year.

The authors’ work illustrates the complicated ways that people learn about insurance and how subsidies affect its appeal.

Using data from a two-year pricing experiment, we study the impact of subsidy policies on weather insurance take-up. Results show that subsidies incre...