Putting forth their best effort? 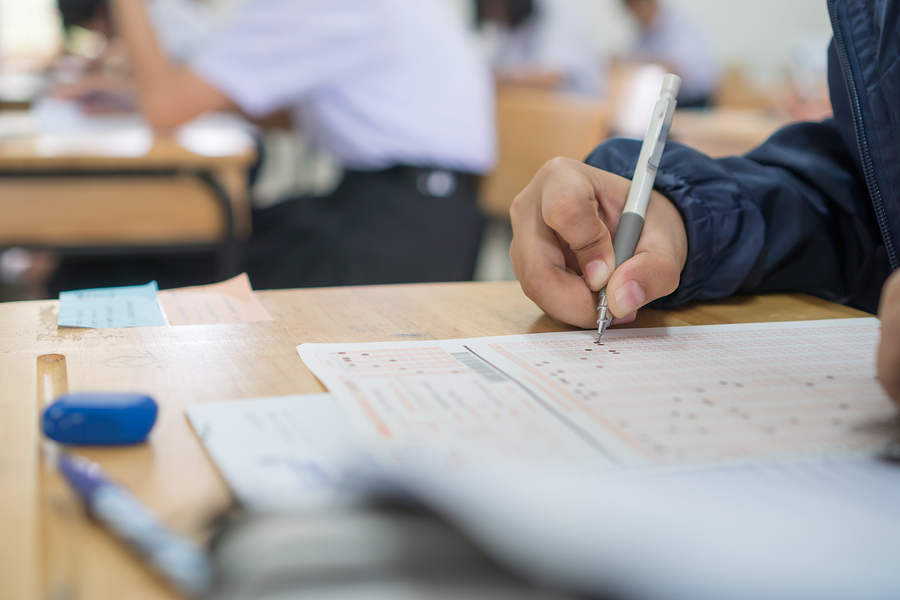 American students are being “out-educated.”

At least, that was US Education Secretary Arne Duncan’s assessment of the results from the Programme for International Student Assessment exam in 2012. US high school students ranked 36th worldwide for mathematics performance.

The stakes were low—nobody’s college admittance or graduation prospects were at stake—but it was still troubling to education officials.

But what if the lackluster performance weren’t a matter of curriculum or overall intelligence, but rather one of student motivation?

A paper in the December issue of the American Economic Review: Insights found that it could partly be explained by effort. In other words, Americans weren’t trying as hard. 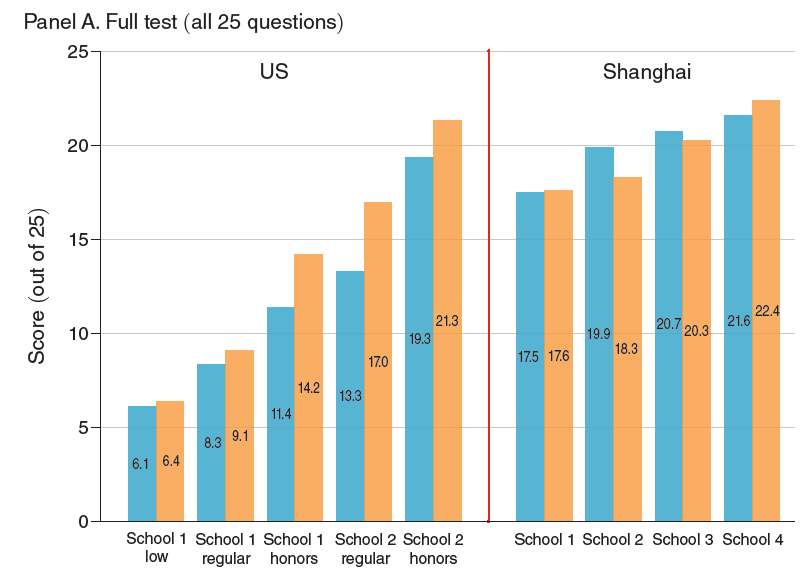 The authors designed an experiment that essentially paid students $1 per correct answer on a 25-question test. The experiment involved six high schools—two in the US and four in Shanghai—and found the incentive had a much larger effect on American students.

Panel A from Figure 1 in their paper shows the results. The aqua bars represent students who received no financial incentive, and the orange are those who received the financial incentive. They are categorized by learning track--including low performing, regular, and honors. The incentives were positive for every group of US students, across a wide range of abilities, though most pronounced for those in the middle-of-the-pack. Among Shanghai students, there were only small differences between the control group and those who received incentives, and virtually no difference at the low end.

The results suggest that Shanghai students were more intrinsically motivated to perform well on exams, regardless of the stakes. Consequently, policy reforms that ignore student motivation may be misguided and even have unintended consequences, the authors say.

Measuring Success in Education: The Role of Effort on the Test Itself

US students often rank poorly on standardized tests that estimate and compare educational achievements. We investigate whether this might reflect not ...