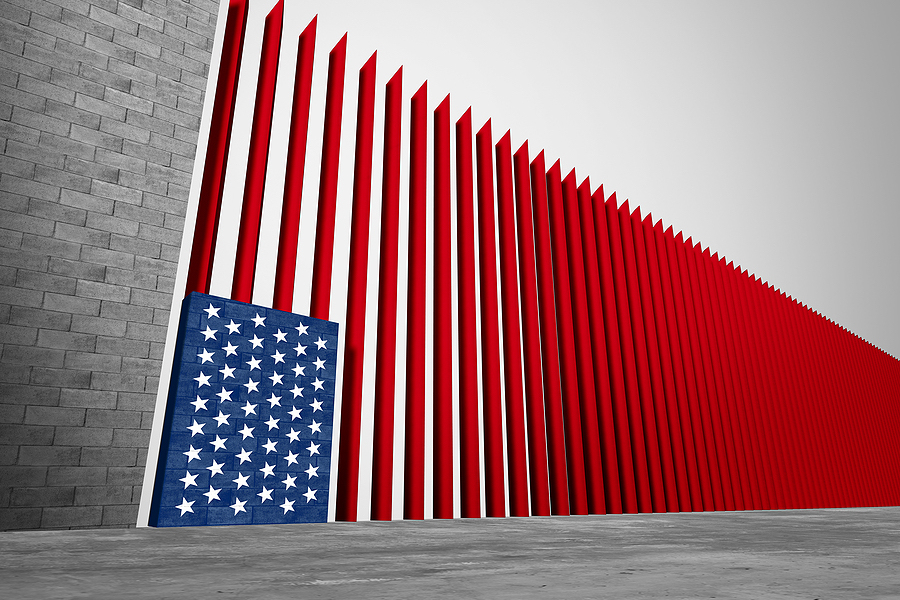 There was a time when it was inconceivable that anybody other than a white male could be US president.

Then Barack Obama was elected. Eight years later, Hillary Clinton became the first woman to be nominated by a major party.

The norms by which societies function change. But it’s unclear why or how fast they evolve. A paper in the American Economic Review investigates how quickly social norms can be eroded after an election. Authors Leonardo Bursztyn, Georgy Egorov, and Stefano Fiorin consider how Donald Trump’s victory over Clinton in the 2016 presidential election removed some of the stigma around expressing blatantly xenophobic views.

The authors conducted an online experiment with 1,600 people in the Pittsburgh, PA, region. Clinton won the popular vote in Allegheny County where the city is located, but Trump carried the overall seven-county metropolitan statistical area. Participants were sorted into two groups—those who were told that Clinton won the election in “Pittsburgh’s county” and others who were told Trump won “Pittsburgh’s metropolitan area.” Being surrounded by people who support Trump, who openly expressed anti-immigration views, would perhaps cause someone to be more willing to be openly xenophobic themselves because there was less of a social stigma surrounding it.

The researchers then offered all participants a bonus cash reward if they authorized the researcher to make a donation to a strongly anti-immigration organization. Half were assured that their responses would be private and the other half were told that their decisions would be made public online. 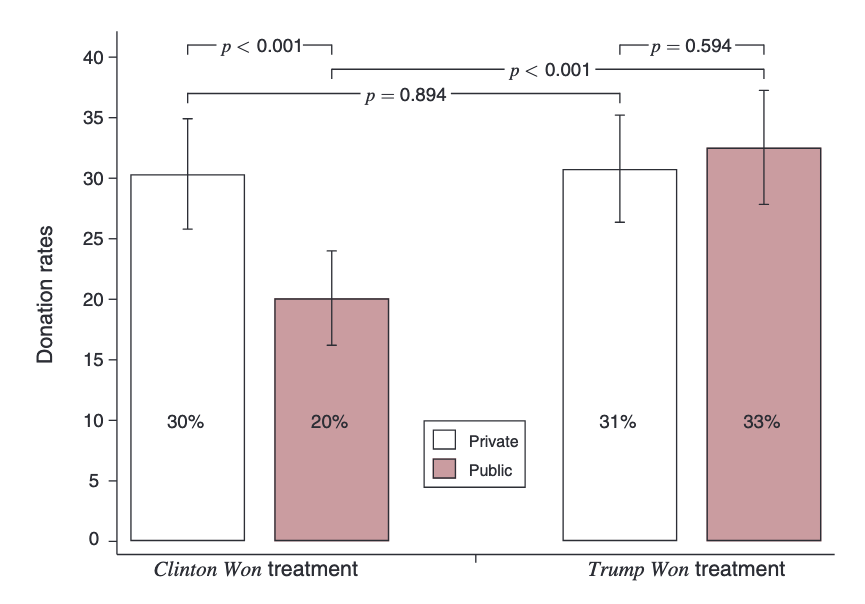 The figure above shows the main results of the experiment. Donation rates were about the same for both the Clinton and Trump groups when participants’ thought they had the protection of anonymity. But there was a big difference when they thought that their responses would be public.

People who were in the public “Clinton Won” group were significantly more likely to forgo the donation bonus than people in the private group, suggesting there was a social stigma associated with it. But there was no such wedge for the “Trump Won” group. People in the public group were just as comfortable signaling xenophobic views as those in the private group. That’s not to say that perceptions of Donald Trump’s local popularity made participants more xenophobic. Rather, it just made people who already felt that way more comfortable expressing those views.

The findings highlight just how quickly social norms can shift after a single event.

From Extreme to Mainstream: The Erosion of Social Norms