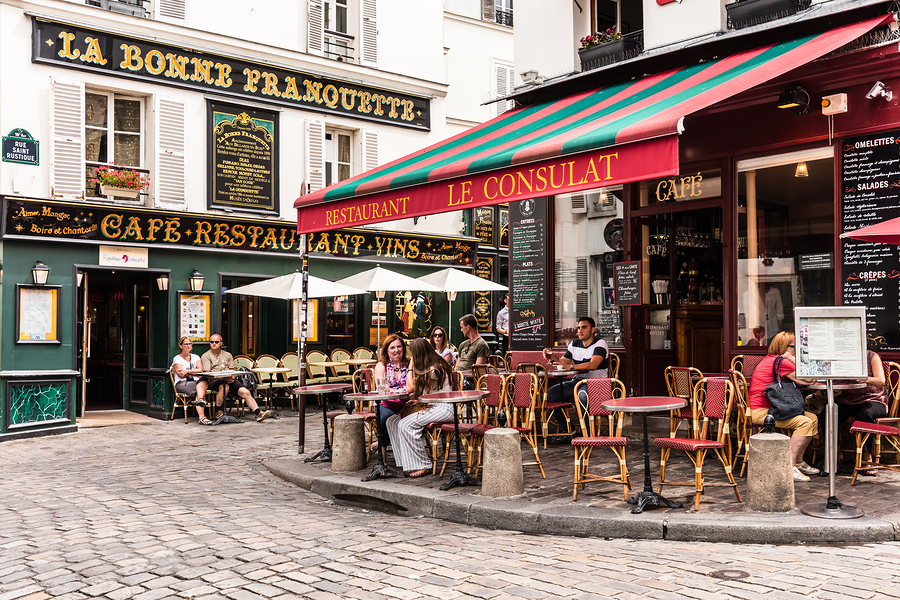 In most of the world, value-added taxes (VAT) are a critical source of government revenue—30 percent in the EU, for example. Their size and prevalence have tempted some governments into using VAT cuts to stimulate their economies.

But little is known about who benefits from such cuts.

VAT cuts may do little to decrease prices, with store owners pocketing most of the cut, according to research published in the February issue of the American Economic Journal: Economic Policy.

The authors Youssef Benzarti and Dorian Carloni estimated the impact of a VAT cut for French sit-down restaurants in 2009. They wanted to know how much prices decreased after the cut, as well as how much store owners, consumers, suppliers, and employees shared in the windfall.

The chart below from their paper shows that prices changed very little after the VAT cut, especially compared to the full pass-through rate—the price that owners would have charged if they hadn’t kept any of the tax cut. 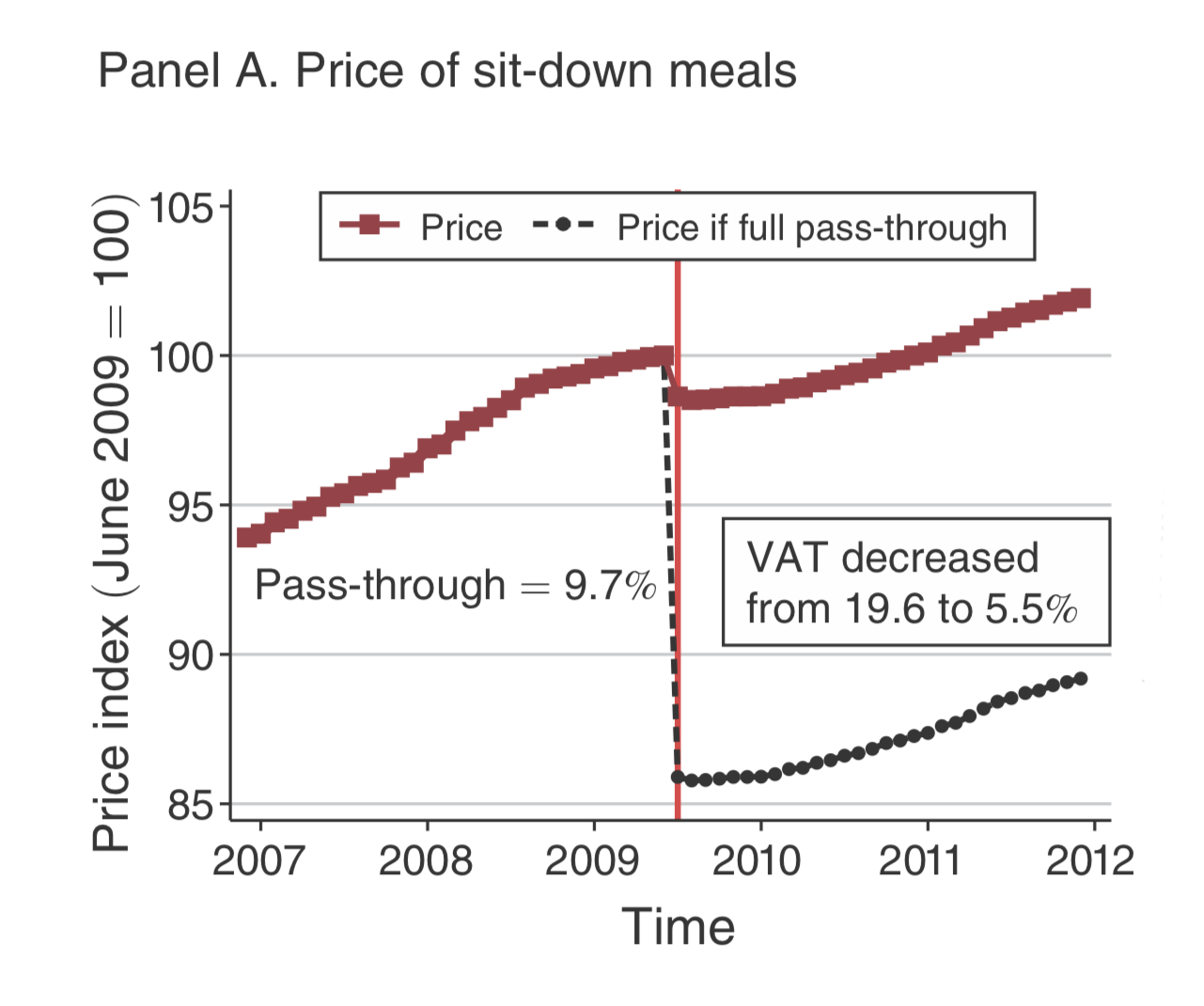 The vertical red line is when the VAT cut was enacted in July 2009. The dotted red line shows the actual index (normalized to 100 in June 2009) for sit-down restaurant prices. It has a sharp, but small, dip after the cut, and then continues to increase.

The dotted black line represents the counterfactual price of sit-down meals. If restaurant owners had completely passed the tax cut on to their customers, meal prices would have dropped by roughly 14.1 percent, as opposed to the observed 1.3 percent in the first month after the reform.

Store owners pocketed more than half of the VAT cut, with the rest being split evenly between customers, employees, and suppliers.

If VAT cuts do little to decrease prices, they may not be the best tool to stimulate the economy when times are bad.

Who Really Benefits from Consumption Tax Cuts? Evidence from a Large VAT Reform in France

This paper evaluates the incidence of a large cut in value-added taxes (VATs) for French sit-down restaurants in 2009. In contrast to previous studies...