Digging into an argument

Do people become more convinced of their own positions in the midst of a debate? 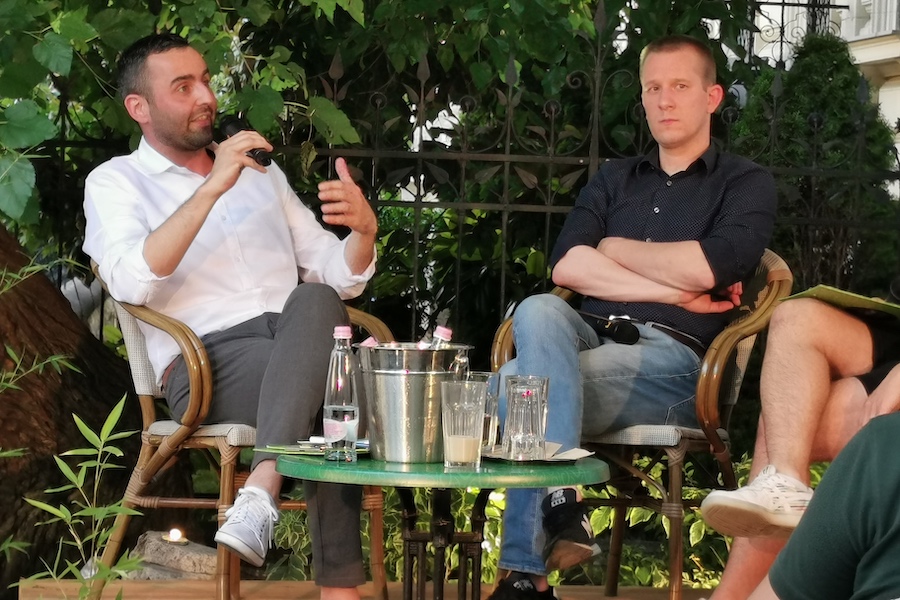 A debate between Péter Pető and Márton Békés.

Political discussions today can seem like trench warfare, with the debaters digging deeper into their own positions with each exchange.

Laboratory experiments have shown that people do actually convince themselves of their factual and moral superiority as they argue a position.

In a paper in the American Economic Review, authors Peter Schwardmann, Egon Tripodi, and Joël J. van der Weele test for this phenomenon at international debate competitions and find that people persuade themselves of their arguments as they go along. Their findings provide insights into why some disagreements can be so difficult to resolve and how they potentially drive political polarization. 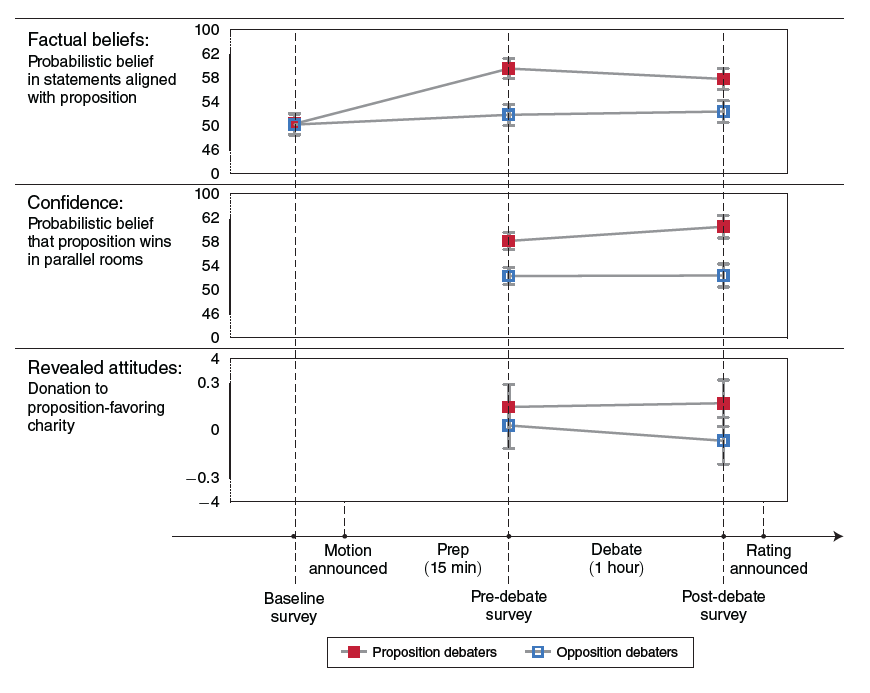 The authors looked at debate competitions where debaters are randomly assigned to a position for or against a motion.

Figure 1 from their paper shows how debaters’ factual beliefs, confidence, and attitudes changed during the competition. Before knowing which side they would be assigned to argue (the dotted line at left), debaters were equally as likely to believe in the factual accuracy of a proposition. But that changed once they were assigned a side (center dotted line). In a pre-debate survey conducted 15 minutes into their preparation, debaters arguing for a proposition (red squares) became more convinced of the factual accuracy of that proposition, opening a gap of 7 percentage points with the opposition. The gap narrowed slightly when surveyed after the debate (right dotted line), but still persisted at around 5 percentage points.

Confidence in the relative strength of their position and attitudes about the proposition also changed. The middle panel shows a confidence gap of 6 percentage points that opened once debate preparation began and then widened to 8 percentage points after the debate. The debaters’ attitudes—measured by how much money they said they would give to a charity aligned with the proposition—also drifted further apart after the debate, as shown by the widened gap between the red and blue squares in the bottom panel.

The findings have implications beyond debate tournaments and may help explain why greater engagement in political discussion causes more severe polarization.

“Self-Persuasion: Evidence from Field Experiments at International Debating Competitions” appears in the April 2022 issue of the American Economic Review.