How did increases in the minimum wage affect demand for low-wage workers in Seattle? 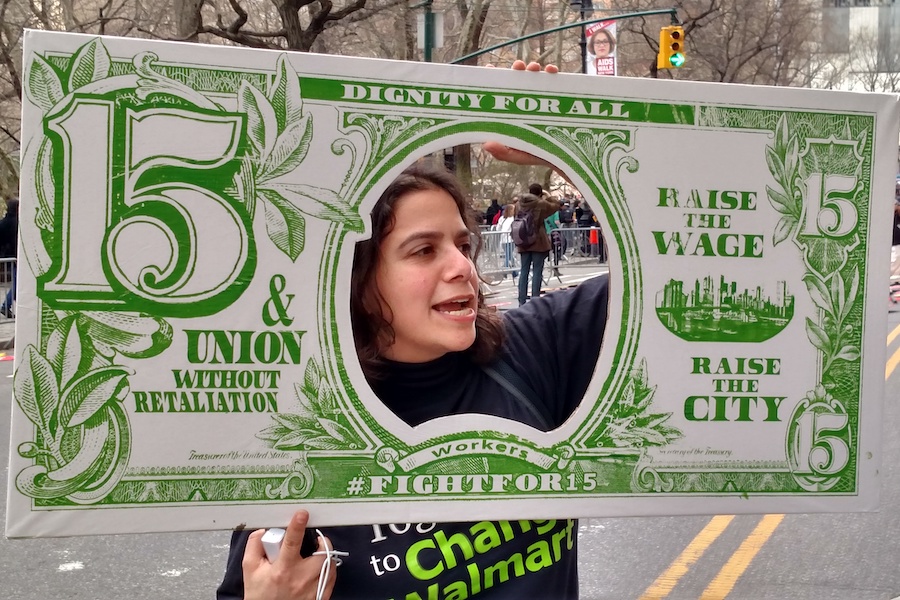 A woman rallies to raise the minimum wage in 2015.

It’s been over a decade since the federal minimum wage was raised, and many states and cities have moved on their own to raise the pay floor.

Critics argue that such moves will backfire because companies that are unable to afford higher wages will reduce payrolls. But the actual effects on labor markets are less clear. 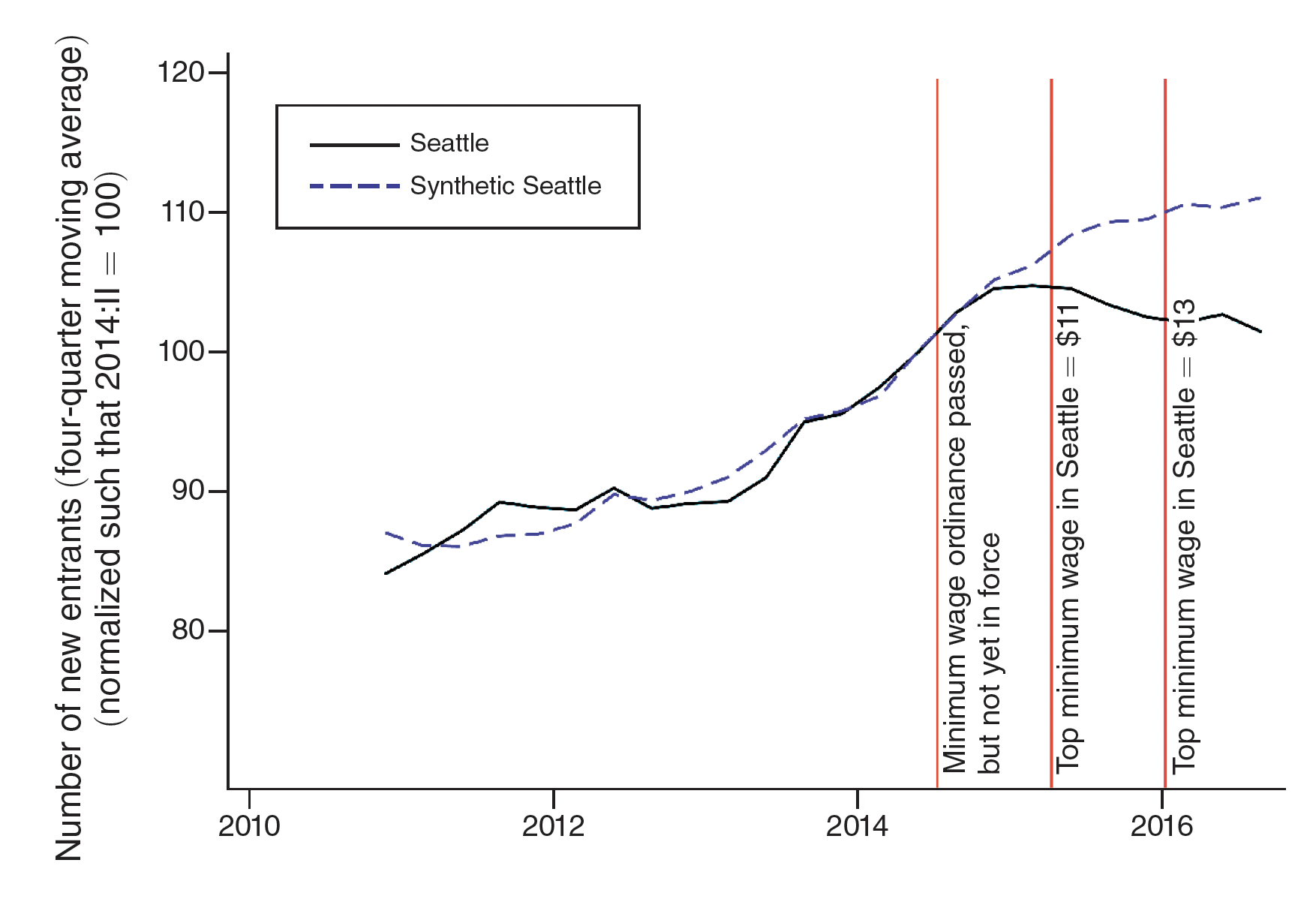 Seattle’s unusually robust labor market makes it difficult to examine the effects by simply comparing it to another city in Washington state. Therefore, the authors employed a synthetic control method.

Figure 5 shows the number of “new entrants”—workers paid under $15 per hour who had not been employed in the state during the prior five years. (The authors calculated four-quarter moving averages to smooth out seasonal fluctuations.) Both Seattle and its synthetic counterpart showed signs of accelerating growth during the baseline period. But the trends diverged after the minimum wage ordinance was passed in 2014, with growth leveling off and then starting to decline in Seattle. After the second increase went into effect in 2016, the number of new entrants in Seattle was about 10 percent below what it was in the synthetic control.

The authors say the ordinance (which includes increases every year through 2024) appears to have delivered higher pay to longer-tenured workers while reducing earnings and opportunities for those with no prior work experience. Overall, Seattle employers appeared to respond to the minimum wage hikes by reducing hours rather than headcounts in the short run. Then, as workers left, employers restored some of those hours to the people who remained.

“Minimum Wage Increases and Low-Wage Employment: Evidence from Seattle” appears in the May 2022 issue of the American Economic Journal: Economic Policy.