When winning the lottery means you lose 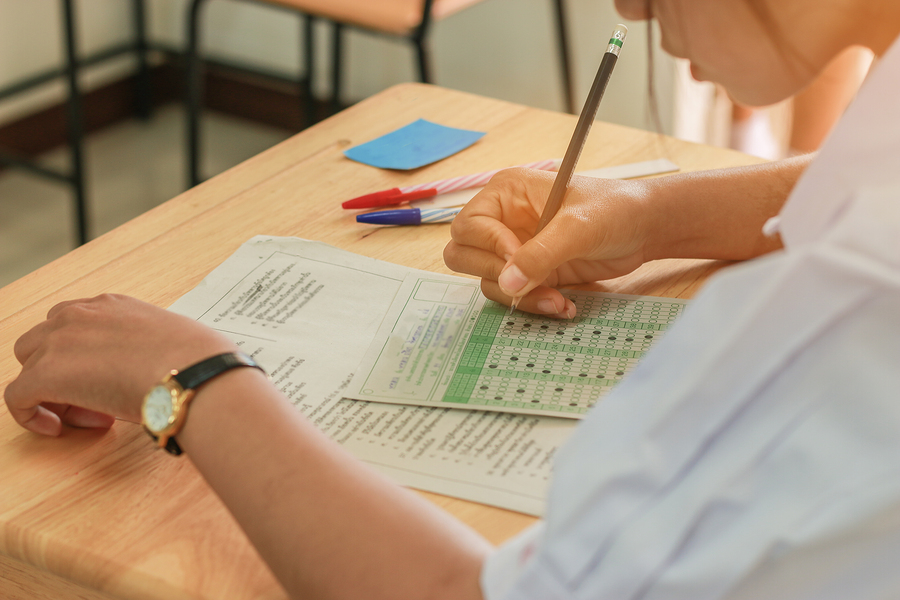 Students in Louisiana who won a voucher lottery to attend a private school of their choice fared worse on standardized test performance than peers who did not switch schools, according to a paper in AEJ: Applied.

A decade ago, New Orleans launched an experimental program aimed at giving families the option of where they wanted to enroll their children in school.

It was called the Louisiana Scholarship Program. Paralleling a national trend, the program provided publicly subsidized vouchers to low-income families — i.e., families that earned below 250 percent of the federal poverty line — which could be used to cover tuition at an eligible private school of their choice.

The program was controversial and the subject of a lawsuit by Louisiana teachers’ unions over its funding structure. Nevertheless, it experienced a swift and massive expansion since then-Louisiana Governor Bobby Jindal authorized a statewide rollout in 2012.  Throughout, students were assigned to voucher schools using a centralized match, generating hundreds of random assignment lotteries.

Atila Abdulkadiroglu, Parag Pathak, and Christopher Walters examine the academic performance of students who participated in the program in a paper that appears in the January issue of American Economic Journal: Applied Economics. Figure 3 from their paper shows the distribution of students who change enrollment because they won the voucher lottery and compares their performance on standardized tests to those who lost the lottery. 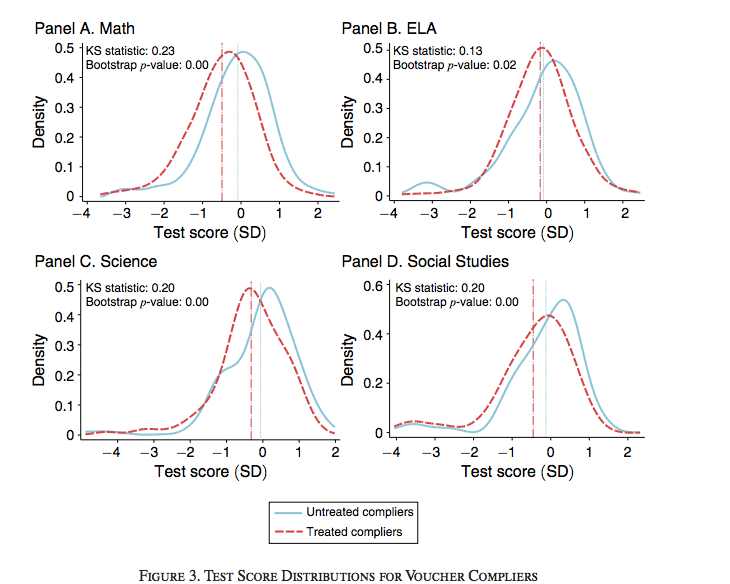 The red line is the score distribution for lottery winners, while the blue line represents applicants who lost. Zero on the x-axis is equivalent to the average score for all New Orleans students.

For all four standardized test outcomes, the mean of the lottery winner distribution is lower than for lottery losers. That is, despite winning the lottery, students experienced a reduction in achievement. Math effects are most negative, and imply that participation in the Louisiana Scholarship Program increased failure by 50 percent.

These findings contrast with much of the existing literature on school choice, which tends to find either zero or positive effects of voluntary choice.

A central argument for school choice is that parents can choose schools wisely. This principle may underlie why lottery-based school evaluations have ...