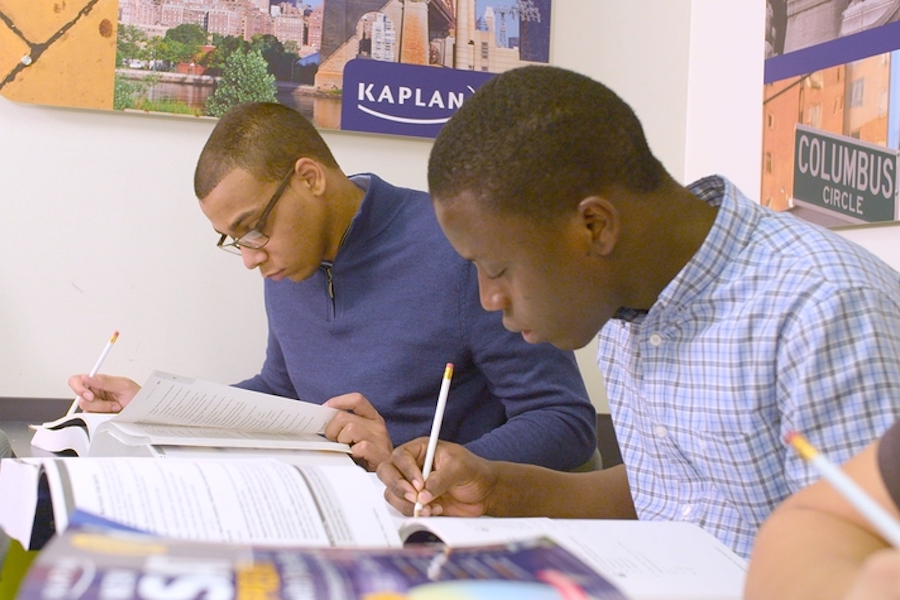 Students prepare for the SAT exam.

More than 2.2 million students took the SAT last year, the largest group ever. And while the Covid-19 pandemic canceled May exams and forced colleges to make dramatic adjustments, the standardized exam will no doubt remain a critical component of college admissions for the foreseeable future.

The SAT is so important that many students take it multiple times despite the fees to sit for the exam. But for low-income students, fee waivers mean that the first and second takes of the SAT are free, and the upside of a potentially higher score is worth the time and effort required. 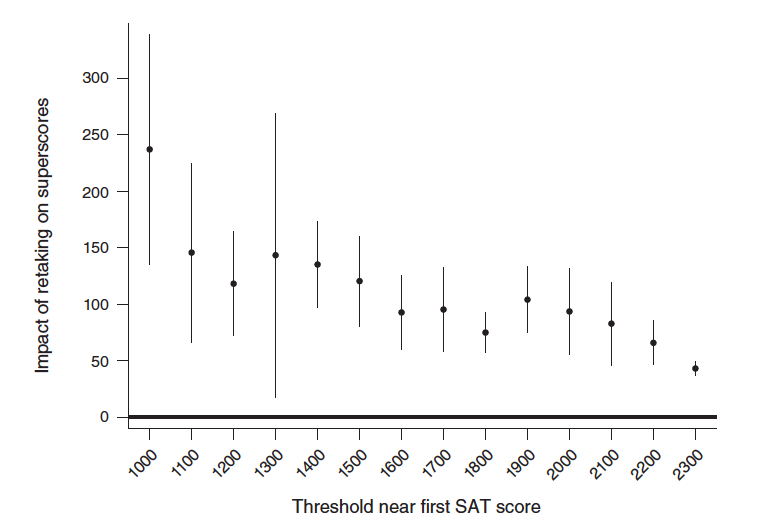 Figure 4 from their paper shows the estimated impact of retaking the test on a range of “superscores” — the combined top scores for the separate writing and math sections—under the old 2400-point format. (It reverted back to its old 1600 point scale several years ago.) Retaking the test improved scores for all students, but particularly those with lower initial scores. Low-scoring students’ second take combined scores were 91 points higher than their first, compared to a 22-point gain for students at the higher end of the spectrum. On average, retaking increased low-scoring students superscores by 136 points, relative to 84 points for higher-scorers.

Unfortunately, low-income and underrepresented minority students who sit for the SAT don’t retake the test as often as their white and Asian counterparts do. And it will be more difficult to retake the test this year because of the Covid-19 cancellations. Policies that make it easier for these students to retake the test and eliminate disparities in retake rates could help close the income- and race-based gaps in college enrollment.

Only half of SAT-takers retake the exam, with even lower retake rates among low-income students and underrepresented minority (URM) students. We explo...