Slowing down the population boom 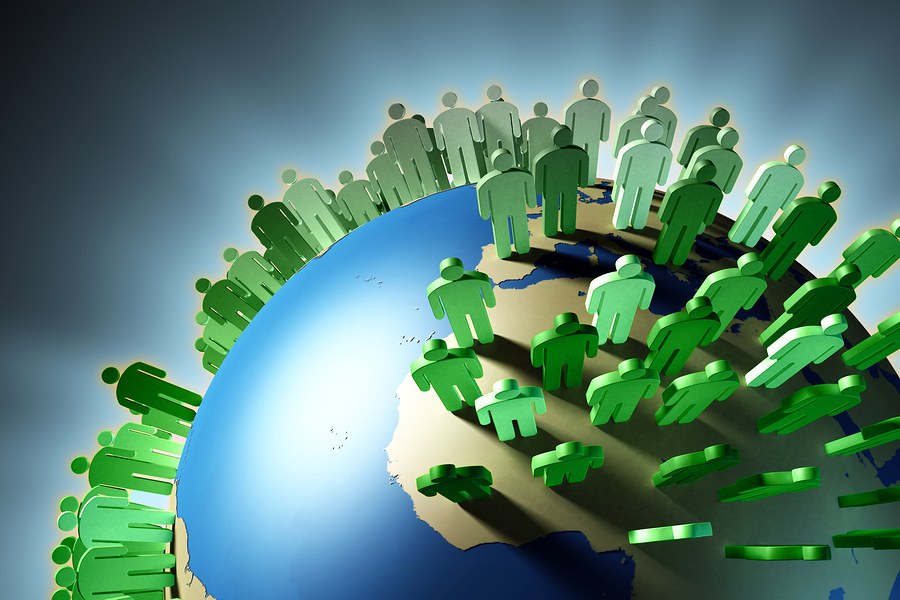 The post-World War II era was for many a period of economic expansion and optimism, and yet intellectual elites were wringing their hands over a looming crisis.

The global population was exploding. Improvements in health care had helped people live longer even as developing economies were growing at an alarming rate.

The United States, Sweden, and some developing nations like India, led an international effort aimed at reducing fertility. By 1976, following a World Population Conference two years prior, 40 countries had explicit policies to reduce fertility rates. Many more nations  would direct government support for family planning in the decades that followed.

A paper that appears in the fall issue of the Journal of Economic Perspectives examines the effectiveness of these global population-control policies. Co-authors Tiloka de Silva and Silvana Tenreyro say the interventions generally worked, especially in the developing countries where they were implemented.

While fertility has fallen in all regions around the globe, the countries that made a conscious policy-driven effort to reduce the fertility rate had the most success. 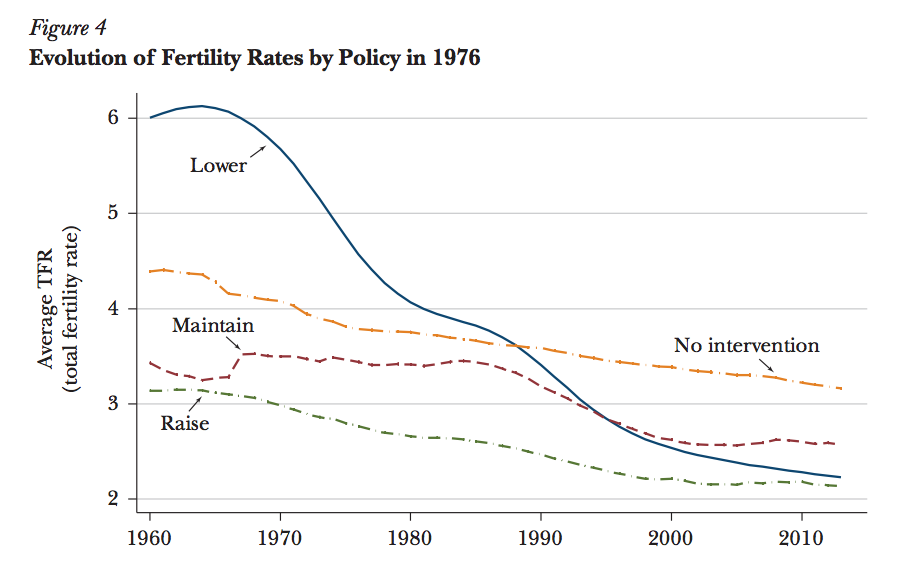 The figure above shows the success that explicit policies had on driving down fertility rates. The countries that identified the need to reduce fertility in 1976 went from the highest rates globally to the second lowest by 2013. Meanwhile, countries where there was no intervention went from the second highest in 1976 to the top spot over the same period.

Rapid population growth in developing countries in the middle of the 20th century led to fears of a population explosion and motivated the inception o...