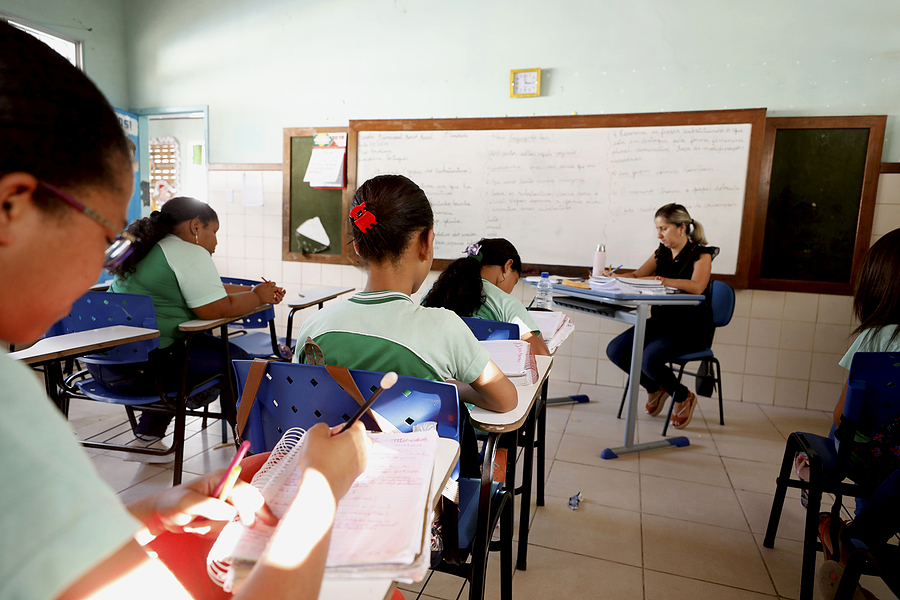 Teacher and students sit in a public classroom in the city of Pojuca, Brazil.

In governments around the world, when a new party takes power, politically motivated appointments quickly follow. In some countries, only the top chiefs in the core administrative agencies are replaced by the new leaders. But in many others, political appointments extend beyond the top civil service positions.

In a paper in the American Economic Review, authors Mitra Akhtari, Diana Moreira, and Laura Trucco investigated the scope and consequences of politically motivated replacements in Brazil’s municipal governments.

They found that political party turnover in mayoral elections widely reshapes the local bureaucracy. As a result, the disruption harms the quality of public education, one of the primary responsibilities of Brazil's local governments.

Figure 4 from the authors’ paper indicates how much an incumbent party’s loss affected fourth- and eighth-graders one year after a close election.

The chart reveals that test scores for fourth-graders were lower in municipalities where a new political party barely won (right side of the dashed vertical line) compared to municipalities where the incumbent political party barely stayed in power (left side of the dashed vertical line), leading to a discontinuity in the relationship between test score and vote margin. The difference in test scores is roughly 0.08 standard deviations at the discontinuity. The same pattern holds for eighth-grade test scores, with a drop of roughly 0.05 standard deviations.

The researchers’ findings suggest that political turnover can be detrimental to the quality of public services when the municipal bureaucracy is not shielded from the political process.

“Political Turnover, Bureaucratic Turnover, and the Quality of Public Services” appears in the February 2022 issue of the American Economic Review.