The spoils system in Brazil 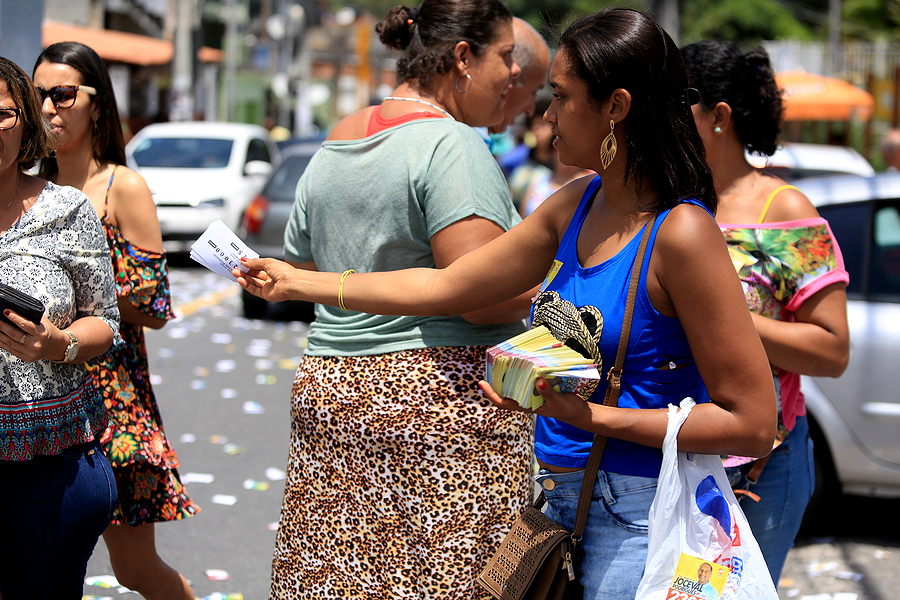 A local supporter distributes campaign pamphlets during an election in the city of Salvador.

Modern civil services should be staffed with the most competent and motivated candidates—at least in theory.

In practice, when politicians have hiring discretion, public sector jobs often go to the least capable but most politically connected applicants, according to a paper in the October issue of the American Economic Review.

Authors Emanuele Colonnelli, Mounu Prem, and Edoardo Teso tracked the public sector careers of about two million supporters of local parties in Brazil from 1997 to 2014.

Figure 1 from their paper shows public employment probabilities of candidates and donors who were connected to either a newly elected mayor (lines with triangles) or the runner-up (lines with dots) in a close election.

Panel A shows a large divergence between the two groups of local politicians—who often help get votes for their party. After the election, supporters of the runner-up saw their chances of being employed in the government decrease by about 2 percentage points, while supporters of the winner saw a boost of about 10 percentage points. (The dashed vertical line at zero indicates the election year.)

Similarly, Panel B shows a spike in employment for campaign donors to the winning mayoral candidate. Overall, a gap of about 7 percentage points opens up between the two groups.

The chart shows clear evidence that political favoritism is prevalent in the Brazilian public sector.

The researchers found that these patronage patterns existed at all levels of government and that the extent of favoritism increased relative to the amount of money and votes a party member brought in—a sign of a quid pro quo relationship.

In the end, these patronage hires led to significant turnover in local bureaucracies after elections, which in turn likely disrupted the provision of public goods like education.

In all modern bureaucracies, politicians retain some discretion in public employment decisions, which may lead to frictions in the selection process i...