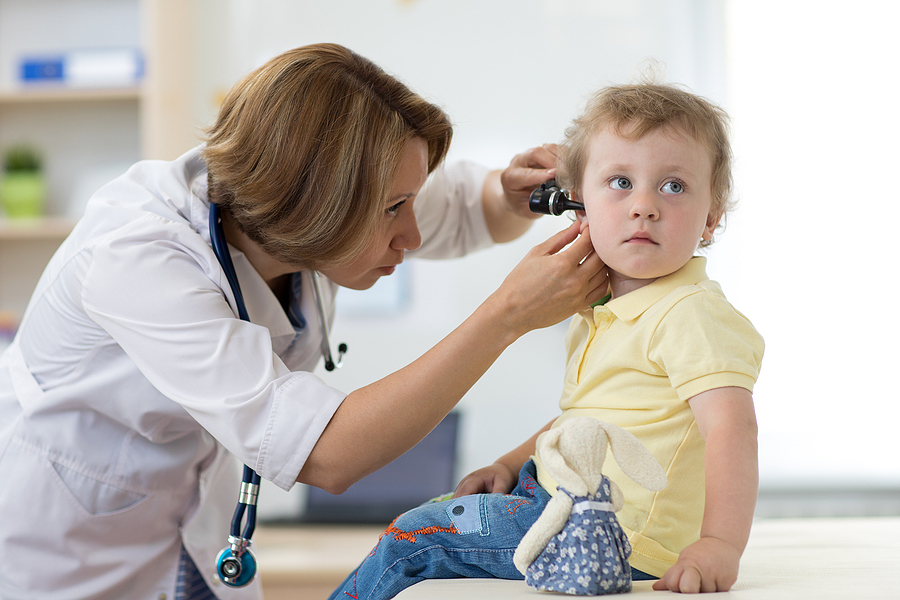 A pediatrician examines a child's ears in a doctor's office.

Health insurance protects people from ruinous medical bills, but it also changes how much they are willing to spend on healthcare.

People tend to visit the doctor a lot—sometimes more than they should—when they have generous coverage because of what economists call moral hazard.

They appear to do so even more when it comes to the health of their young kids, according to a paper in the August issue of the American Economic Journal: Economic Policy.

The authors Hsing-Wen Han, Hsien-Ming Lien, and Tzu-Ting Yang found that increased cost-sharing for out-patient services caused a sharp decrease in the amount spent on healthcare for children.

The results fill in economists' understanding of how patients respond to insurance and may help countries design better healthcare plans.

The authors examined Taiwan's healthcare program using a technique known as regression discontinuity design. In 2002, the government exempted all children under the age three from copayments. At age three, out-of-pocket costs jumped up significantly for parents.

Figure 2 from their paper shows what happened to out-patient visits and total expenditures before and after the expansion in coverage. 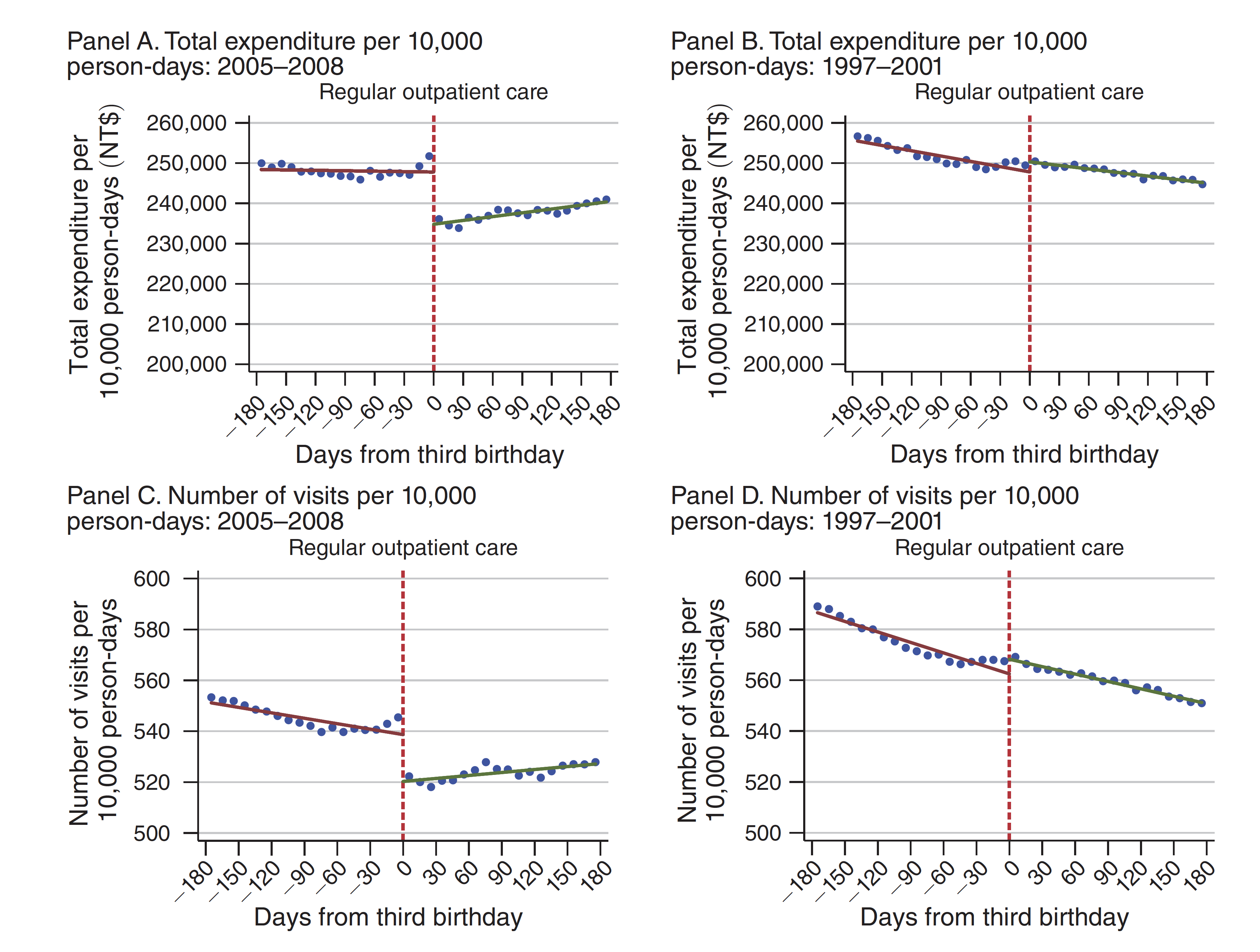 Between 1997 and 2001 (Panels B and D), out-patient spending and visits declined smoothly as children went from age 2 to 3 (indicated by the vertical dashed red line).

But after the 2002 program went into effect (Panels A and C), spending and visits at age 3 dropped sharply.

Using this break, the authors estimated that the price elasticity for children’s out-patient care was roughly -0.1—meaning that for every 1 percent increase in out-of-pocket prices, parents cut their spending back by about 0.1 percent.

This estimate is smaller in absolute terms than the price elasticity for adults' outpatient care. The authors conjecture that this could be because it’s easy for parents, particularly inexperienced ones, to overreact to symptoms that appear acute in young kids but don’t necessarily require medical attention.

This paper estimates the price elasticity of healthcare utilization in early childhood. We employ a regression discontinuity design by exploiting a su...