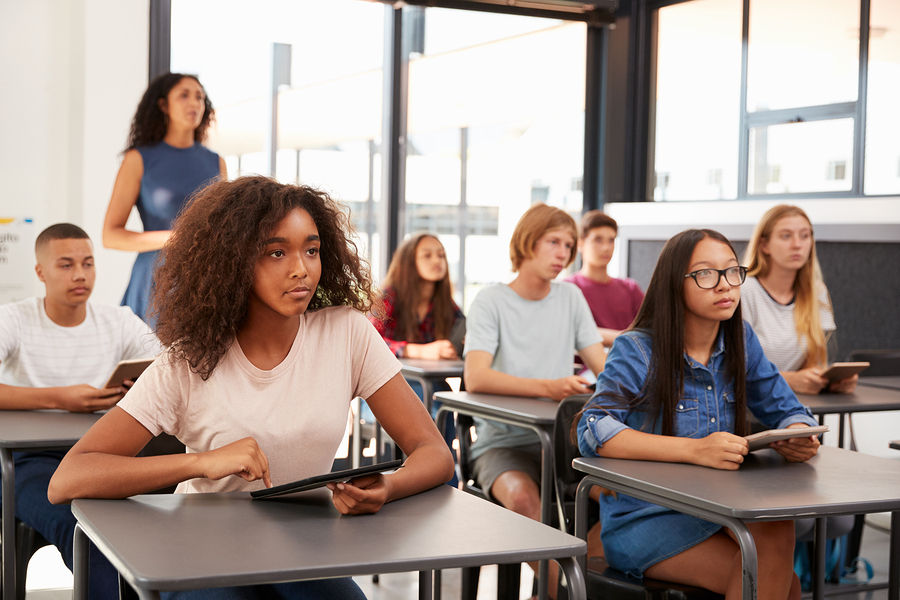 Every fall in New York City, eighth-graders apply to high school. Before 2003, students would rank schools, apply to them, and receive decisions over three admissions rounds. Schools could see how students ranked them, leading many applicants to try to game the system. Some eighth-graders got into every school to which they applied. Others did not get into a single one, and they lost out in the second and third rounds, too. The ones who were left unmatched were administratively assigned to their neighborhood schools.

The city decided to change this. In 2003, they adopted a coordinated matching system for placing students in high schools. Students ranked schools (who could no longer see their lists), and schools ranked the applicants as well. An algorithm used these rankings to determine a first round of matches. The second round involved a similar process, and any remaining students after that were administratively assigned. City officials saw this system as a success, and it quickly spread to Camden, Denver, New Orleans, Newark, and Washington, DC.

However, there has been very little research on whether this admissions process is actually good for students. In the December issue of the American Economic Review, authors Atila Abdulkadiroğlu, Nikhil Agarwal, and Parag Pathak evaluate New York City’s matching system. They find that it did make students better off, lending empirical support to the market-design-inspired process.

In the initial system, 37.1 percent of students never matched with a school and were administratively assigned. This percentage dropped to 10.7 in the new system. As matches increased, students had to travel farther to school on average (as shown in the figure below) because fewer students were administratively assigned to their neighborhood schools. Yet, even when considering the increased commute, the authors find that student welfare improved. 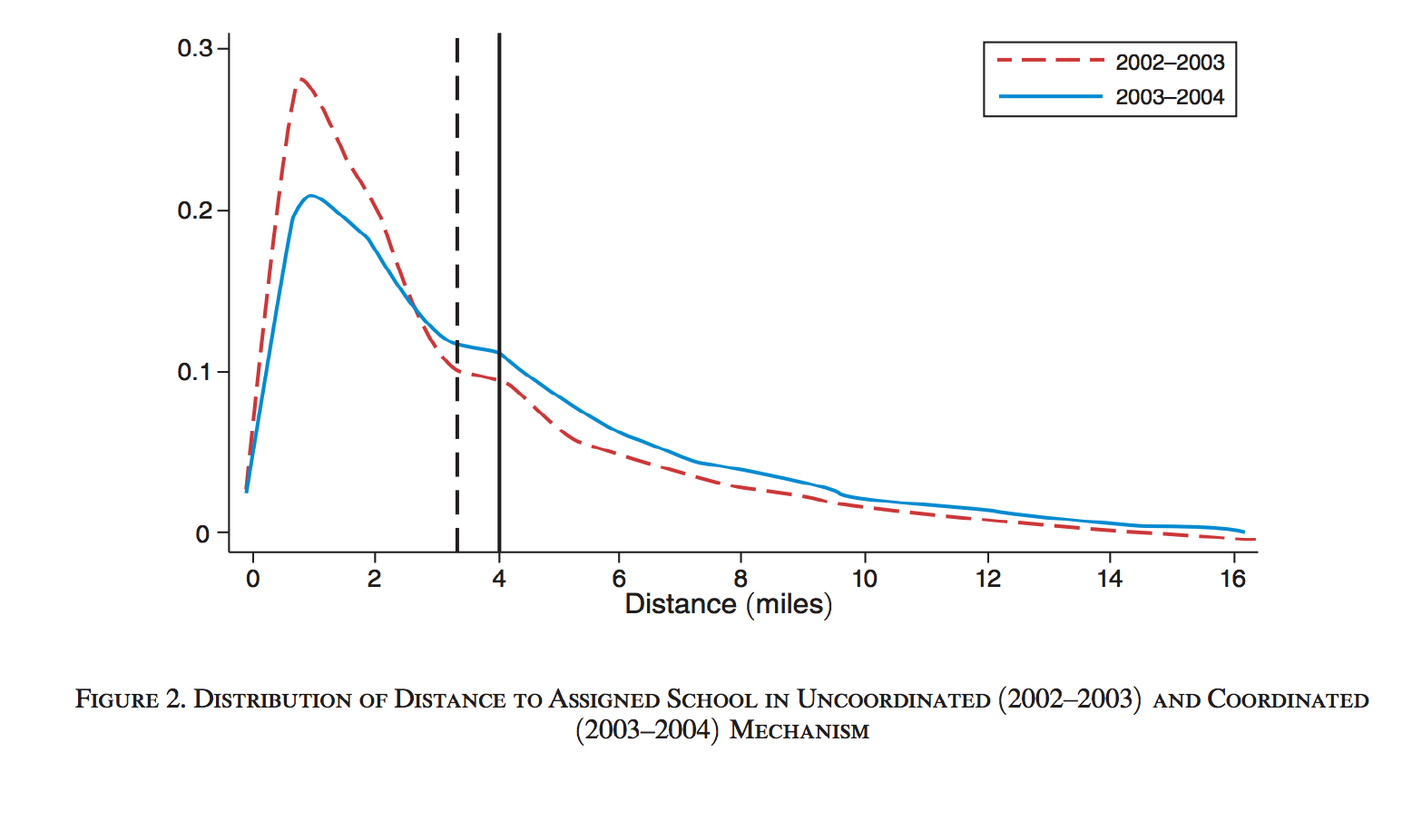 Note: The vertical lines represent the mean distances that students travel to school.

The authors develop two benchmarks for student welfare: one that represents the utility from all students being assigned to their neighborhood schools (worst case), and another that maximizes student utility (best case). The authors calculate that, when moving from the old to the new admissions system, student welfare increased by 45 percent of the worst case-to-best case range. This increase benefited students from all demographic groups, boroughs, and achievement levels.

The largest gains came from students who would have likely been unmatched in the old system. This group experienced nearly a ten percent increase in graduation rates. So, although the reform targeted admissions, its impact lasted far beyond the ninth grade.