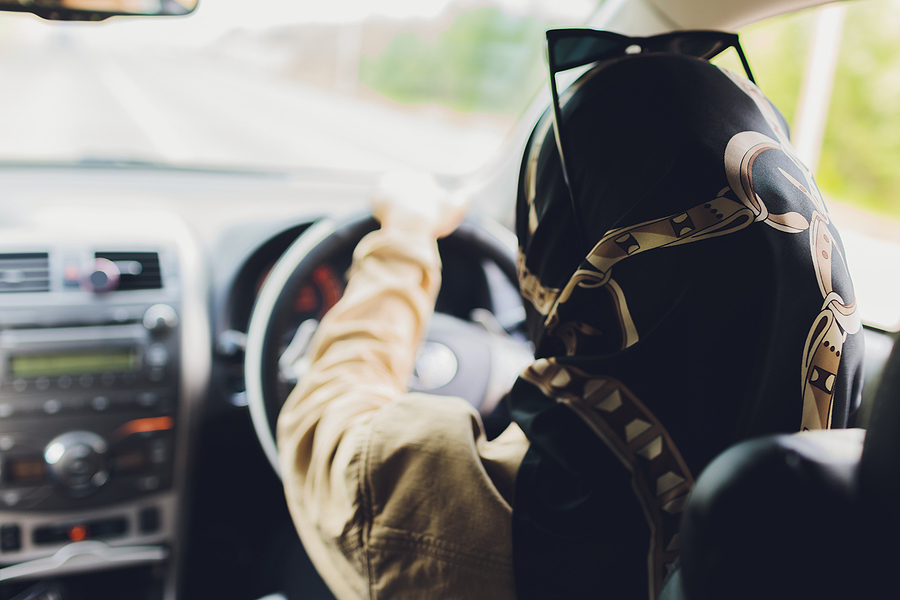 Women in Saudi Arabia were granted the right to drive in 2018.

Today, many young Saudi women are eager to take advantage of new legal freedoms, such as driving, attending sporting events, and traveling without permission from a man.

But there’s still a lot of social pressure to conform to traditional norms.

Some of this pressure may come from men’s ignorance about how widespread more liberal views actually are, according to a paper in the October issue of the American Economic Review.

Authors Leonardo Bursztyn, Alessandra González, and David Yanagizawa-Drott found that most young married men approved of their wives working outside of the home. But these husbands didn't think that many of their peers also approved.

Figure 2 from their paper shows the distributions of gaps—or wedges—between a husband’s personal beliefs and what he believed others thought of women working outside the home. 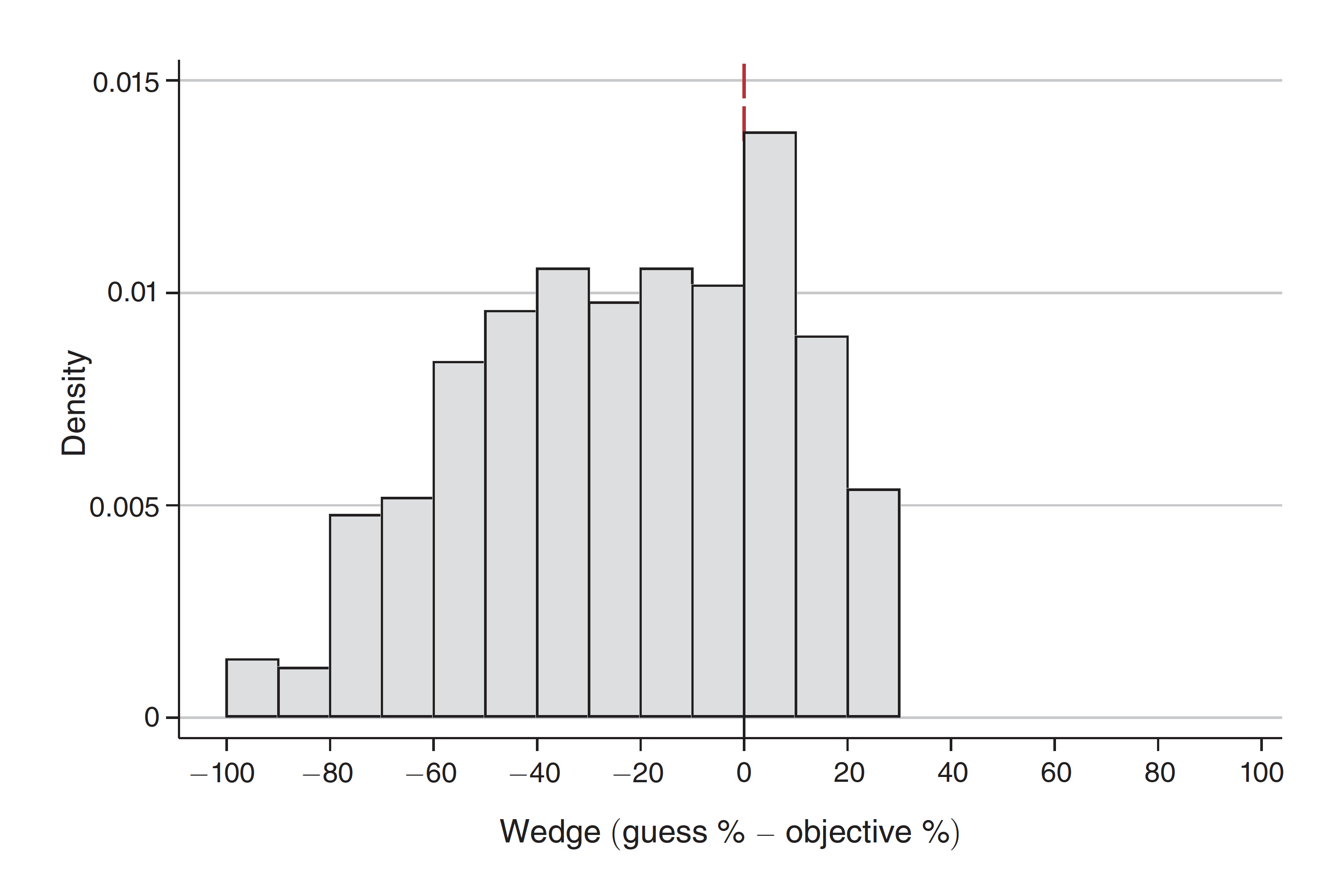 In the chart, individuals' wedges were grouped within 10-percent increments, as indicated by the width of each bar on the x-axis. The height of each bar represents the share of respondents that fell within a group.

On average, 87 percent of men agreed that women should be allowed to work outside the home. But more importantly, nearly three quarters of participants underestimated other men's support for women—which is why the bulk of the distribution is below 0 percent in the chart.

After the researchers told husbands about this misconception, they were more likely to sign up their wives for a job-matching service. Three to four months later, the wives were also substantially more likely to apply for vacant jobs and go to interviews.

The authors’ work suggests that too many women in Saudi Arabia are kept out of the workforce because of misperceived social norms. More communication could help boost their participation.

We show that the vast majority of young married men in Saudi Arabia privately support women working outside the home (WWOH) and substantially underest...