Fighting poverty with a living wage 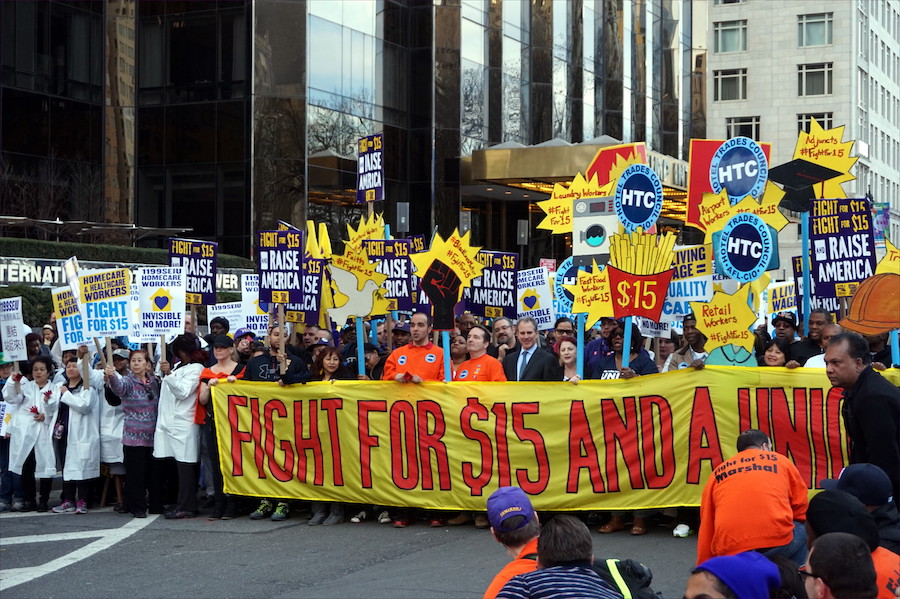 Much of the recent debate about raising the federal minimum wage has focused on how much unemployment it causes. That’s a worthwhile question, but it ignores numerous ways that the poor can be helped and hurt by a minimum wage.

A more holistic approach, taken by a paper in the October issue of the American Economic Journal: Applied Economics, is to look at what happens to total family income.

Dube analyzed data from the Current Population Survey between 1984 and 2013—a much larger sample than previous studies.

Figure 7 from his paper shows how much family income at each percentile would increase if the minimum wage were raised by roughly 70 percent. 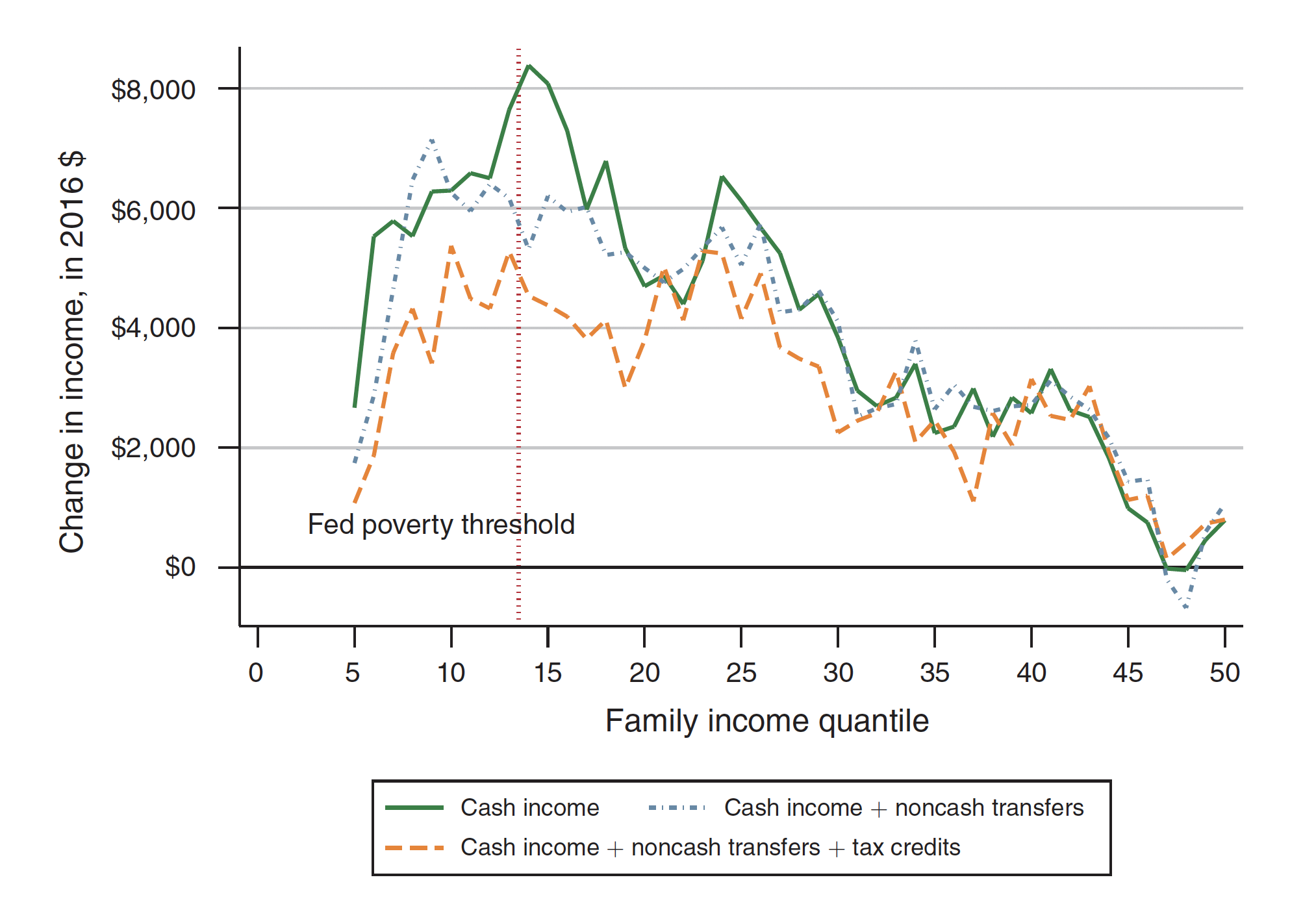 The green line shows how much cash income would increase. The dashed blue line includes noncash transfers like food stamps and housing subsidies. And the dashed orange line further includes tax benefits such as child tax credits. (The vertical dashed red line indicates the federal poverty threshold—an average of $22,476 in this sample.)

The chart shows that all families in the bottom half of the income distribution benefit from the policy, including those making more than the minium wage. Families close to the poverty threshold see their cash income increase by $6,000 to $8,000. That number drops to about $4,000 when welfare benefits are taken into account, because households near the poverty line would no longer meet the eligibility requirements.

Increasing the federal minimum wage from the current $7.25 an hour to $12 an hour would reduce the poverty rate by as much as 2 percentage points, according to Dube’s estimates. Put differently, it would lift roughly 6 million Americans out of poverty.

Overall, Dube’s research indicates that minimum-wage policies are just as effective as other anti-poverty programs.

Minimum Wages and the Distribution of Family Incomes

There is robust evidence that higher minimum wages increase family incomes at the bottom of the distribution. The long-run (3 or more years) minimum w...