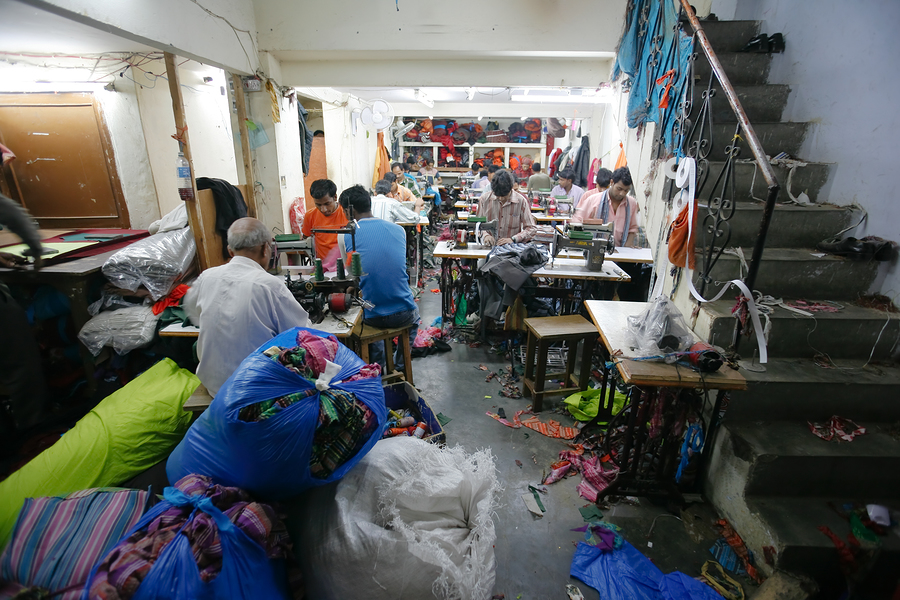 Textile employees work in a small factory in Delhi, India.

But whether those improvements last is still an open question among economists, according to a paper in the April issue of the American Economic Journal: Applied Economics.

Their original experiment measured the impact of improving management in 28 plants across 17 large textile firms near Mumbai in 2008.

In that study, a consulting team introduced 38 practices that are standard in American, European, and Japanese manufacturing firms—such as sorting and labeling yarn, regularly maintaining machines, and performance-based incentives for employees.

Figure 1 from their new paper shows how many of the 38 practices were adopted during the experiment and in their follow up, roughly 9 years later. 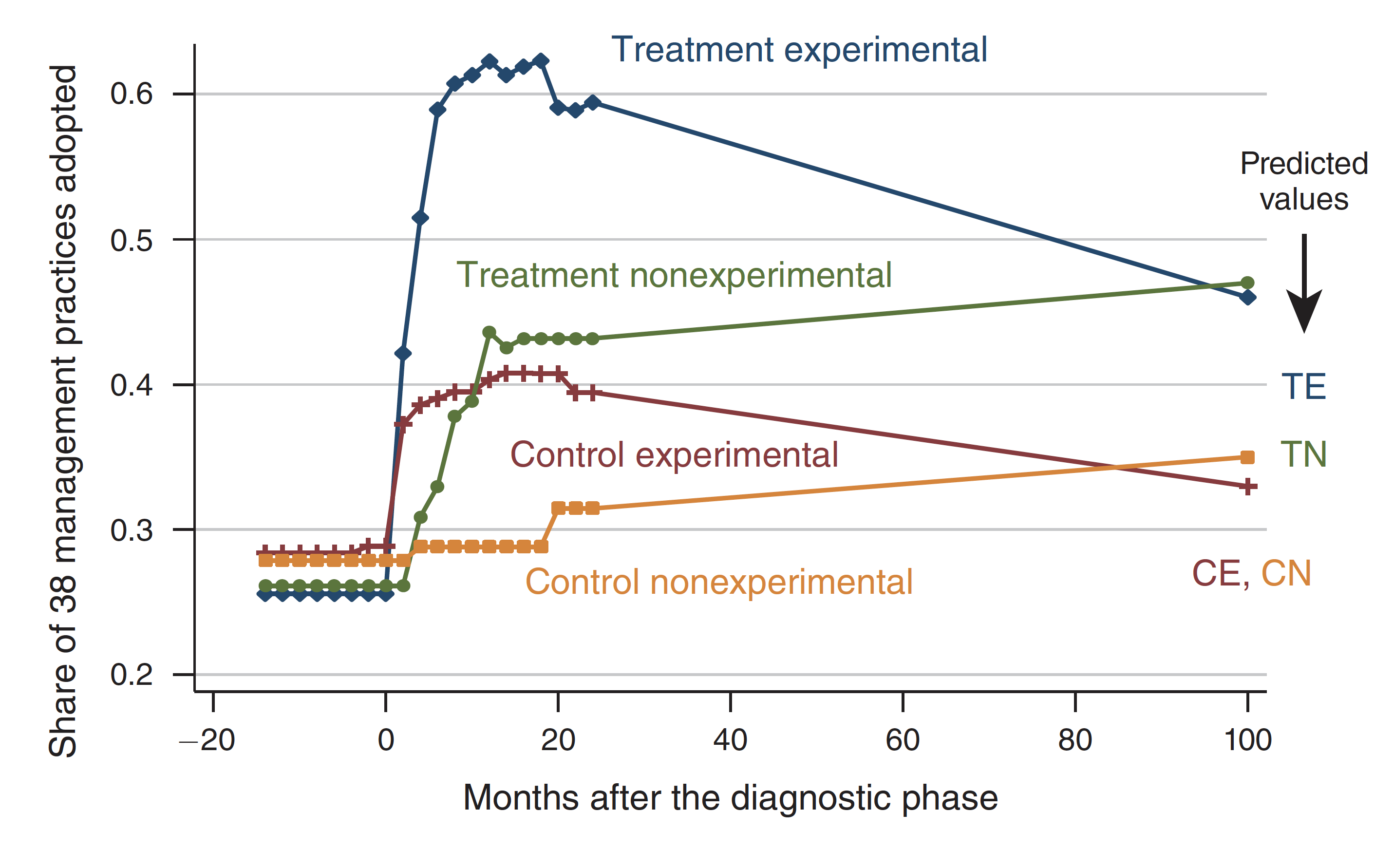 Textile companies that were "treated" in the experiment got a one-month diagnostic that involved evaluating current management practices as well as four months of implementation support. However, this package was only given to some of their plants (blue line), while the rest of their plants got nothing (green line).

Companies used as “controls” got the one-month diagnostic and only recommendations for change. But again, this was only at some of their plants (red line) and not at the others (yellow line).

(The predicted values on the right side of the chart are what the original consultants expected the management scores to be 9 years after the intervention.)

The chart shows that treated plants kept nearly half of the upgrades 9 years later, down from a peak of 60 percent, despite significant plant manager turnover. The uptick in the green line indicates that some of the best practices were transferred from experimental plants to nonexperimental plants run by textile companies.

Improved management appeared to boost productivity as well. Why companies don’t adopt these practices on their own is still not fully understood.

We revisited Indian weaving firms nine years after a randomized experiment that changed their management practices. While about half of the practices ...