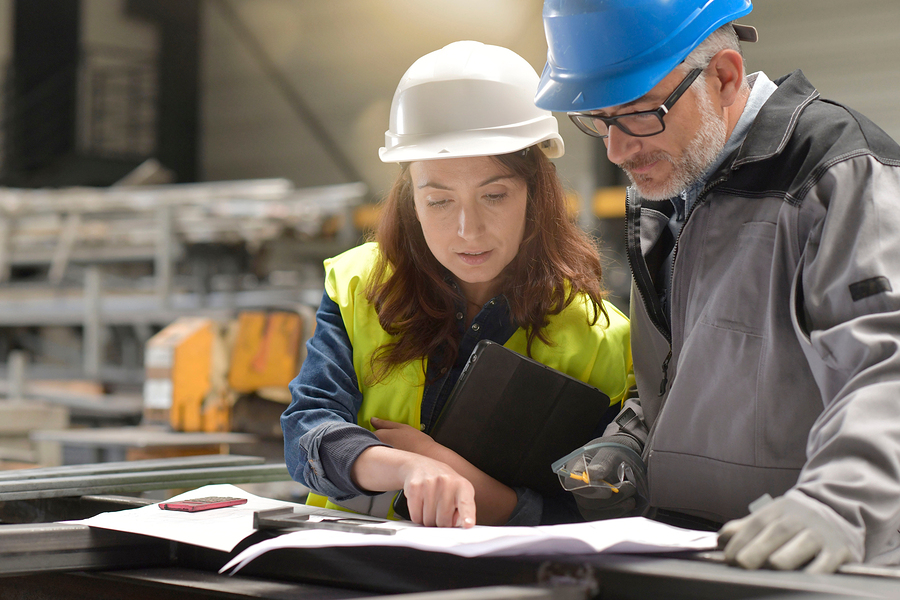 Good managers can make a huge difference in a company’s performance. That’s why they get paid the big bucks, right?

Still, much of that belief is based on theory. There is a lot we don’t know about how different management approaches influence productivity.

A paper in the May issue of the American Economic Review provides empirical evidence for the role that management approaches play in the performance of a firm overall as well as variation within the company’s different plants. The authors — Nicholas Bloom, Erik Brynjolfsson, Lucia Foster, Ron Jarmin, Megha Patnaik, Itay Saporta-Eksten, and John Van Reenen— partnered with the US Census Bureau to conduct a wide-ranging survey of management and organizational practices at over 35,000 plants in 2010 and 2015.

The survey included 16 questions about how firms collected and used information to monitor and improve production, which the authors used to create a single management score scaled from 0 to 1. A higher score meant that plant managers were more focused on monitoring and improving to hit targets. 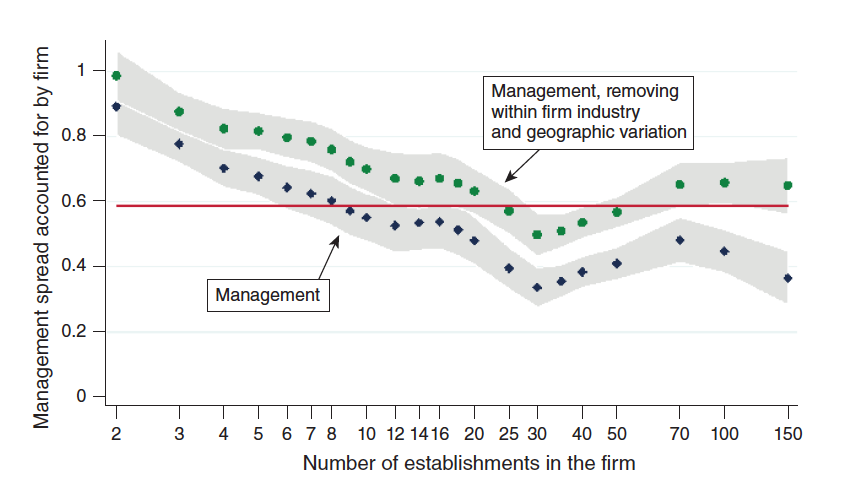 Examining companies with at least two plants, the figure above plots how much of the variation in management practices within an organization is due to decisions being made at headquarters, as opposed to the on-site managers at individual plants.

The horizontal red line is the average share of variation (58 percent) across plants and the blue diamonds show the basic results. Most of the variation in management practices in small companies comes from differences between the parent-firms themselves. So, at the far left, 90 percent of the variation between firms with two plants is due to differences in how top-brass approach monitoring and improving production, as opposed to decisions being made by lower level plant managers. But that changes as companies become larger. For firms with 50-74 plants, the parent firm accounts for only about 40 percent of the variation, and that drops to 35 percent for larger firms with 150 plants.

One possible explanation is that larger companies are involved in a broader array of industries and geographic locations. So, the authors did a second regression that stripped those two factors out. The green dots also show the extent to which top-level decisions drove differences at plants, but removes the portion that could be explained by differences in industry and geography. Stripping out those factors, overall variation is smaller. But the trend follows the same pattern — as firms get larger, individual plant manager decisions play a bigger role in the variation between locations.

What Drives Differences in Management Practices?

Partnering with the US Census Bureau, we implement a new survey of "structured" management practices in two waves of 35,000 manufacturing plants in 20...