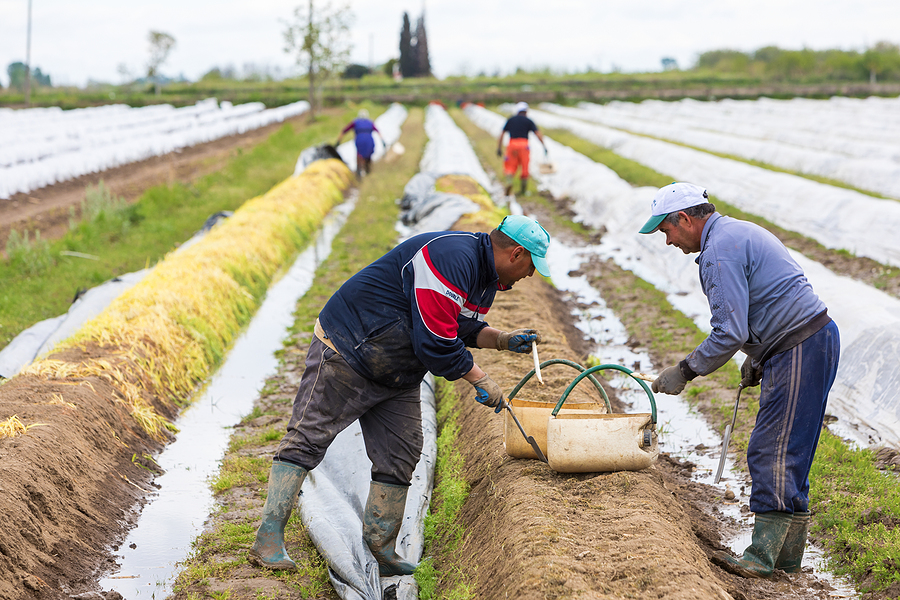 This surge in immigration has left many Americans worried about their job prospects.

But these foreign-born workers may actually be a boon for native-born workers, according to a paper in the January issue of the American Economic Journal: Macroeconomics.

Albert analyzed Current Population Survey data between 1994 and 2016 to understand the employment patterns of native, documented, and undocumented workers in the US.

Key to his findings were the rates at which documented and undocumented immigrants found jobs compared to natives, which is shown in Figure 5 below. 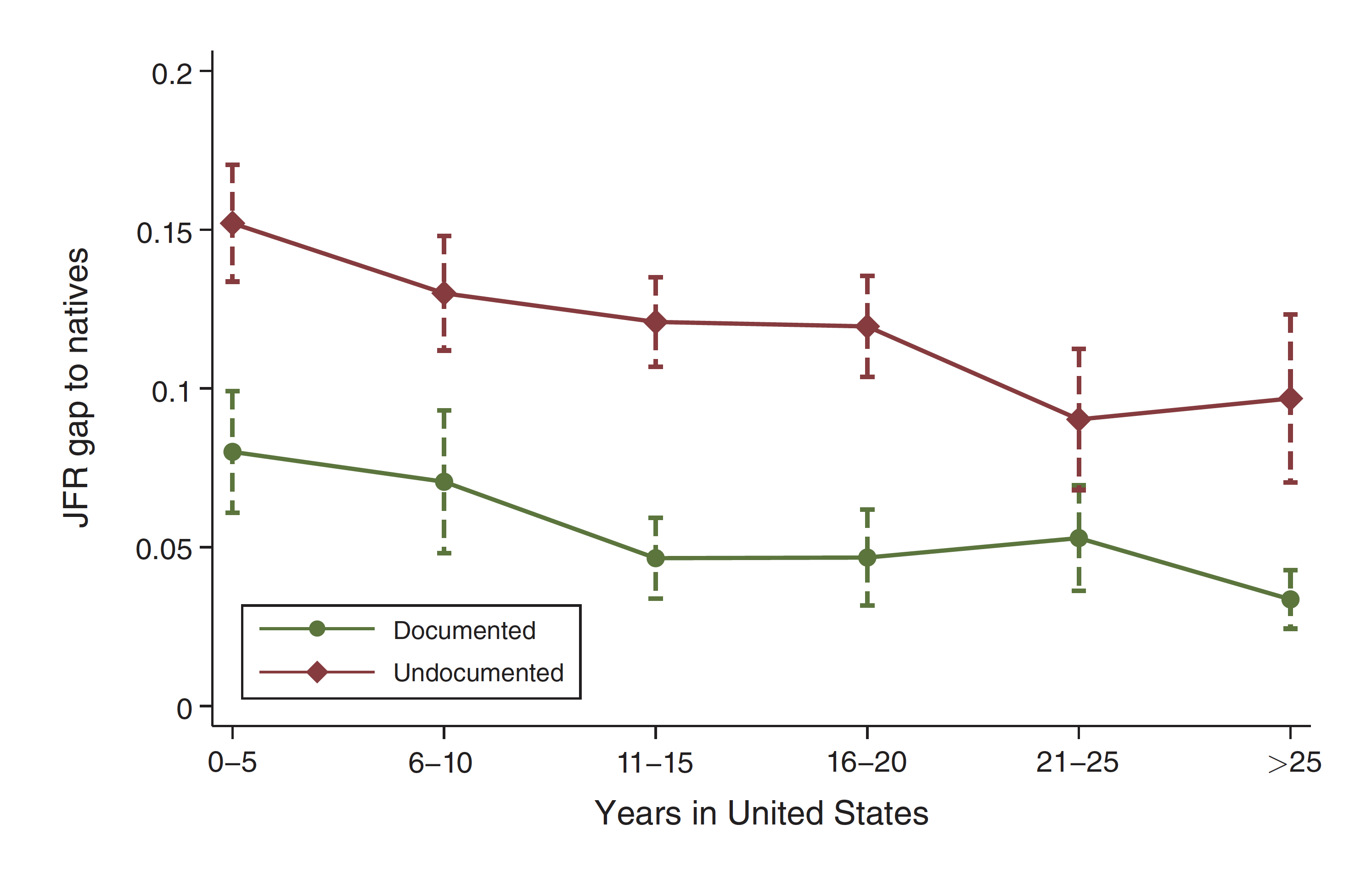 The y-axis indicates the percentage point difference in the job finding rate between natives and the two immigrant groups. The x-axis represents the length of time that immigrants have resided in the US, separated into five year intervals.

The job finding rate is the share of unemployed workers who found jobs over a month-long period, averaged over a year. For instance, documented immigrants (green line) who have been in the US between 0 and 5 years were roughly 8 percentage points more likely to find a job than natives. For the undocumented workers (red line) in the country less than 5 years, that number jumps to 15 percentage points.

The job finding rate for both immigrant groups declines as they spend more time in the US, but the gap remains even after 25 years.

This paper studies the labor market effects of both documented and undocumented immigration in a search model featuring nonrandom hiring. As immigrant...