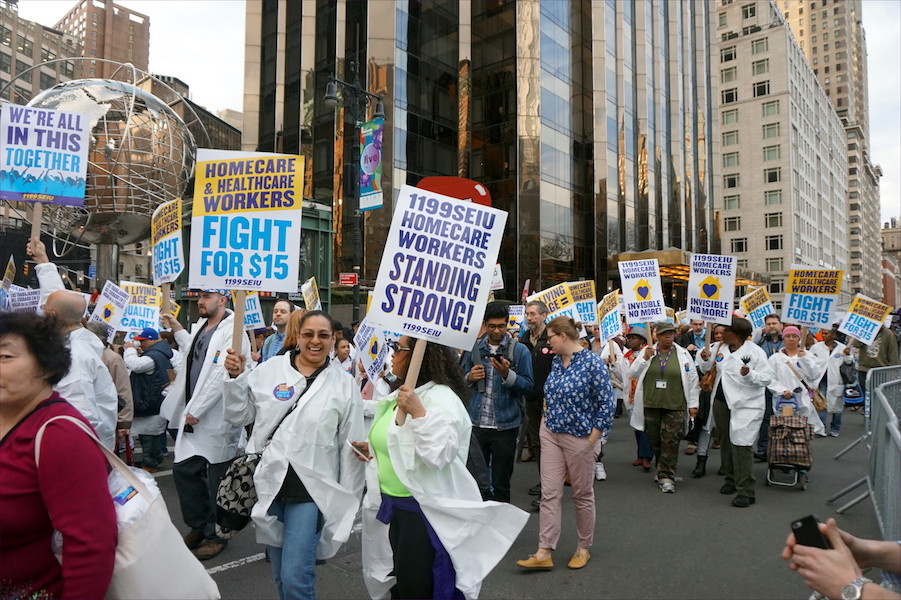 Workers in New York City rally for a minimum wage increase in 2015.

In 2012, hundreds of New York City fast-food workers walked off the job to demand higher pay. They wanted $15 per hour.

Workers from health care, education, and other industries soon joined the movement that became known as the “Fight for $15”, which has pushed for minimum wage increases in more than 300 cities around the globe.

Critics derided it as a job killer and claimed to have the evidence to support it. But the impact that wage pressures have on employers’ hiring decisions is far from certain.

A paper in the September issue of the American Economic Review looks at what is likely to happen in three cities — Seattle, Los Angeles, and San Francisco — that passed laws increasing the minimum wage to $15. Authors Paul Beaudry, David Green, and Ben Sand hoped to shed light on how an increase in labor costs affected the employment prospects for workers. 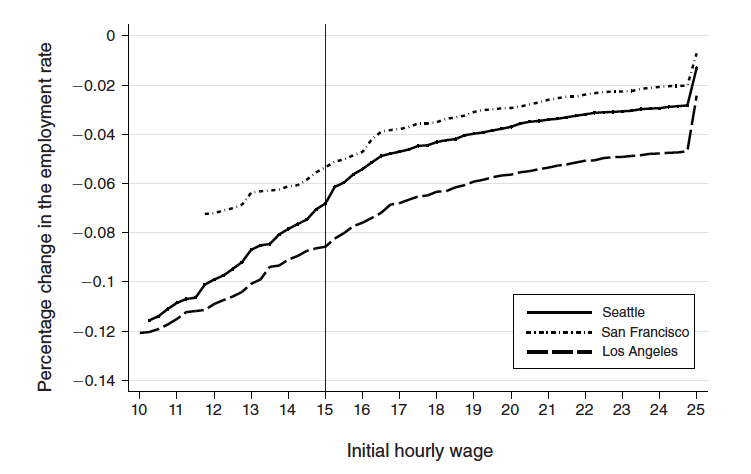 The figure above from their paper shows the predicted changes in the employment rate for each city resulting from the $15 per hour law. The effects vary depending on where someone was along the wage scale. The employment rate is predicted to drop by over 10 percent for workers earning below $10 per hour in Seattle. Meanwhile, there is a slightly smaller 7 percent decline for workers at or below $15.

Overall, the negative impacts are predicted to be largest in Los Angeles and smallest for San Francisco, due to the fact that Los Angeles had a greater share of people being paid at the low end. More people in San Francisco were already being paid close to the $15 threshold, and therefore the effects were smaller by comparison.

In Search of Labor Demand

We propose and estimate a novel specification of labor demand which encompasses search frictions and the role of entrepreneurs in new firm creation. U...