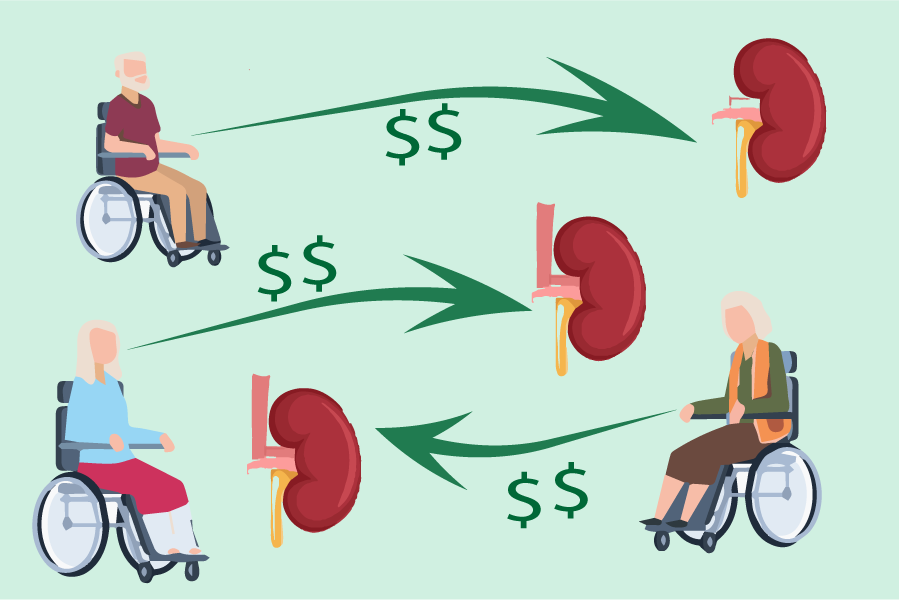 Last year, twenty-one thousand kidney transplants were performed. Yet, there are currently about ninety-five thousand patients on a waiting list. The average wait time is four and a half years.

Researchers like Nobel Prize winner and former AEA President Al Roth have long been figuring out how to design a better system. Paying donors for a kidney has been floated as a possibility. But it’s a controversial idea that collides with many people’s sense of morality. Paying for organs could create a gruesome marketplace, exploiting anyone poor and desperate enough to trade a body part for money.

In the August issue of the American Economic Review, Julio Elias, Nicola Lacetera, and Mario Macis investigate the moral calculations people make when it comes to paying organ donors. They surveyed 2,666 Americans in an experiment to estimate support for various alternative organ procurement systems that varied by payment type, amount, and the party paying the bill. Respondents were also asked whether their support changed as the number of potential transplants increased. 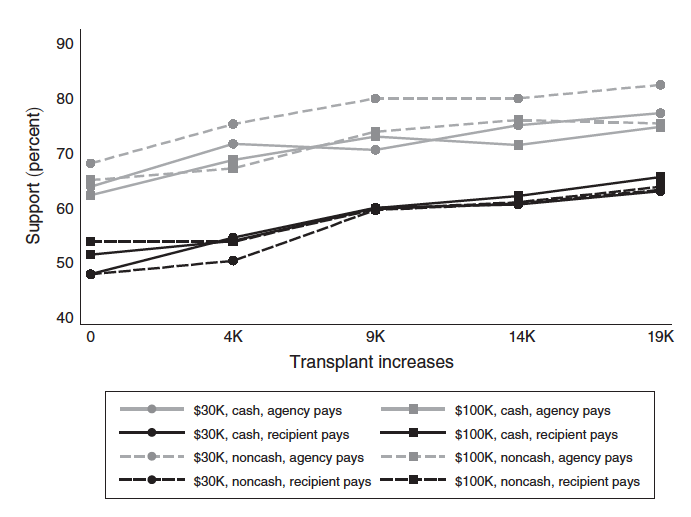 Overall support for a paid-donor system increased as the number of transplants went up. But preferences differed dramatically among the different types of systems. The most popular approach was one in which the donor was paid $30,000 in a cash alternative, like tax credits or loan repayment, by a public agency. The least popular programs tended to be those in which the patient paid.

Pooled together, systems in which the public agency paid received support by 64 percent of respondents even if there were no gains in transplants, and that increased to 77 percent if the system satisfied the entire annual demand. By contrast, systems in which kidney recipients paid donors directly went from 49 percent for no transplant gains to 63 percent at the highest gain.

The paper reveals some nuances in how people think about so-called “repugnant transactions.” It’s not just the notion of paying donors that drives preferences. A system’s design and effectiveness matter, too.

Paying for Kidneys? A Randomized Survey and Choice Experiment

We conducted a randomized survey with 2,666 US residents to study preferences for legalizing payments to kidney donors. We found strong polarization, ...