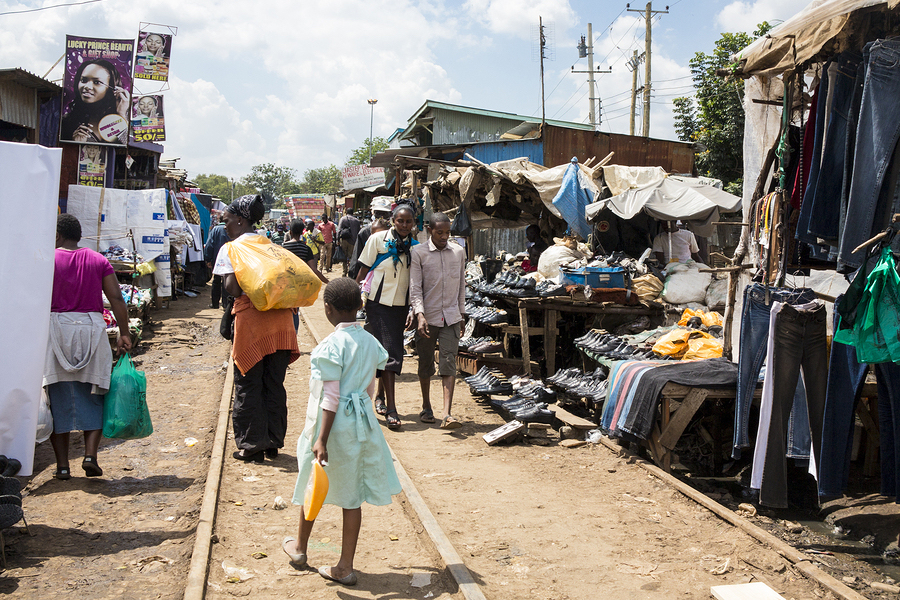 People wander in a market in Kibera, Kenya.

Small businesses are often celebrated as the “backbone” of America, employing nearly half of the nation’s private-sector workforce. In developing countries, however, small businesses arguably are an even more important component of the economy.

Tiny entrepreneurial ventures are ubiquitous in many African and South American countries, yet generate little or no profit. Thus, understanding how these “microenterprises” could become more profitable and grow could be critical to improving the welfare of the urban poor.

A paper in the October issue of the American Economic Journal: Applied Economics investigates whether business training helped entrepreneurs in Kenya boost their profits. 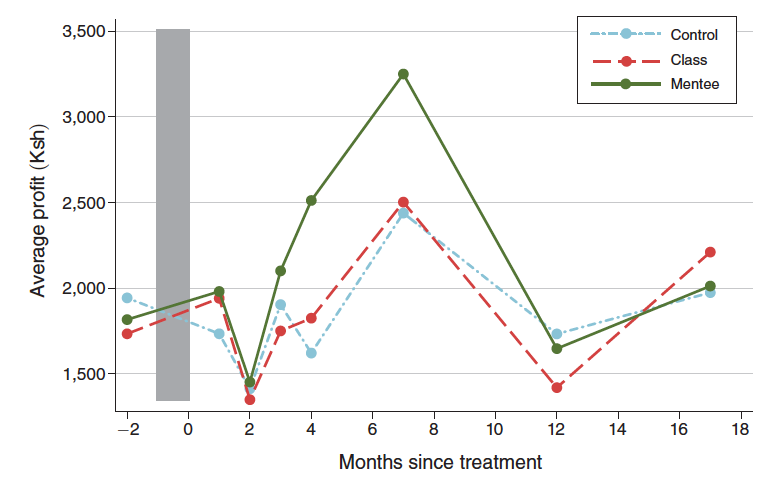 Young inexperienced entrepreneurs were divided into three groups. The first were matched one-on-one with a mentor, the second group was enrolled in business classes, and the third received no help.

The figure above charts the impact that each training type had on the start-ups’ profit over 17 months. Mentoring had by far the most significant impact on the profitability of ventures. Noticeable increases in profit begin to appear after four months and peak at around month seven before fading over time. In-class training had virtually no impact.

Over the entire 17-month period, weekly profits averaged 20 percent higher among the mentored businesses than the control, although the effect faded as the relationship with the mentor dissolved.

We use a randomized controlled trial to demonstrate that inexperienced female microenterprise owners in a Kenyan slum benefit from mentorship by an ex...