Growth at the extremes 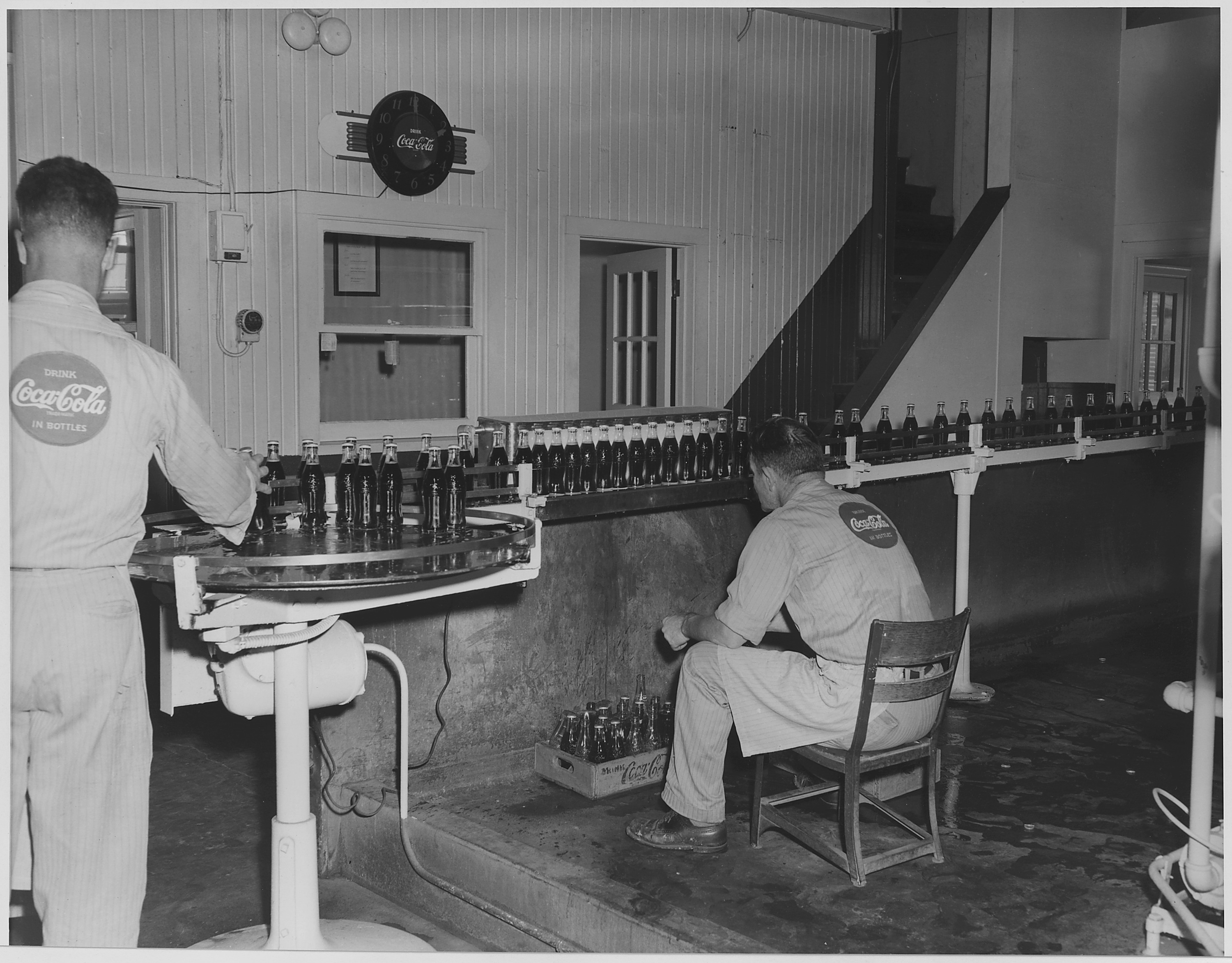 A Coca-Cola bottling line in Fort Scott, Kansas, in 1958.

There has been a hollowing out of the US labor market over the past few decades; most of the job expansion has happened at the extremes.

This phenomenon has been well documented since the 1980s. However, in a paper that appears in the January issue of The American Economic Journal: Macroeconomics, researchers Zsófia Bárány and Christian Siegel say the polarization began much earlier, possibly back to the 1950s or 1960s.

The bar graphs above, from Figure 2 in the paper, show the decade-by-decade change in hours worked and wages for ten broad occupational categories. The three groups on the right — managers, professionals, and technicians — are the most educated and highest paid. The three on the left are the least educated and lowest paid. Middle-skilled are the four in the middle.

There is no clear pattern in the employment growth of these occupational categories between 1950 and 1960. However, from 1960 onwards there is a U-shaped pattern in which total hours worked and wage growth rates began growing at the higher and lower ends of the skill distribution.

We document that job polarization—contrary to the consensus—has started as early as the 1950s in the United States: middle-wage workers ha...