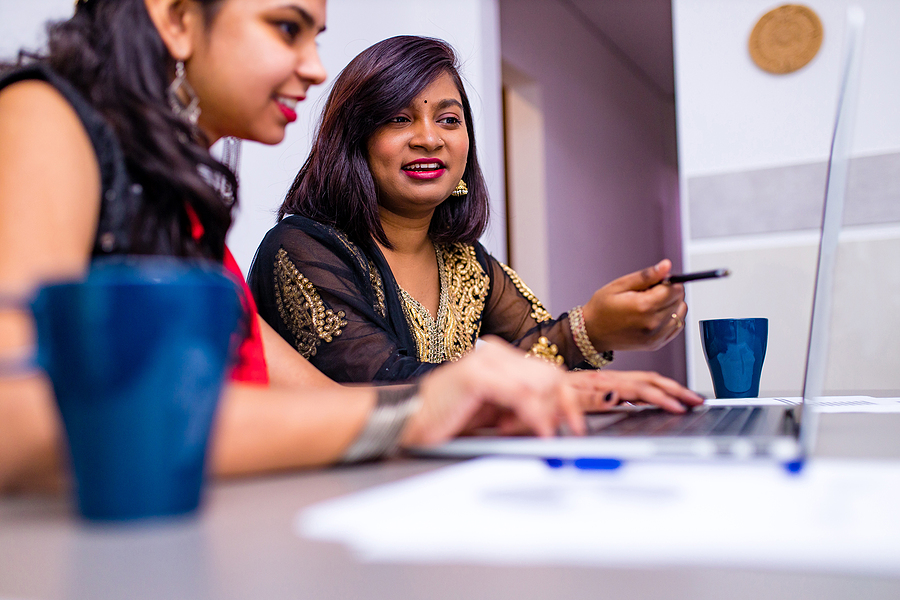 A common justification for anti-immigration stances is that an influx of foreign-born workers will take jobs from American citizens.

Those arguments ignore the possibility, however, that immigrants may help create more jobs than they take through the companies they start.

In a paper in the American Economic Review: Insights, authors Pierre Azoulay, Benjamin Jones, J. Daniel Kim, and Javier Miranda consider how immigrants not only expand labor supply (as workers) but also increase labor demand (as employers) through their entrepreneurial ventures.

The authors found that immigrants were more likely to hold STEM degrees and also play prominent roles in technology clusters like Silicon Valley. They also found that the companies they create tend to be more innovative. 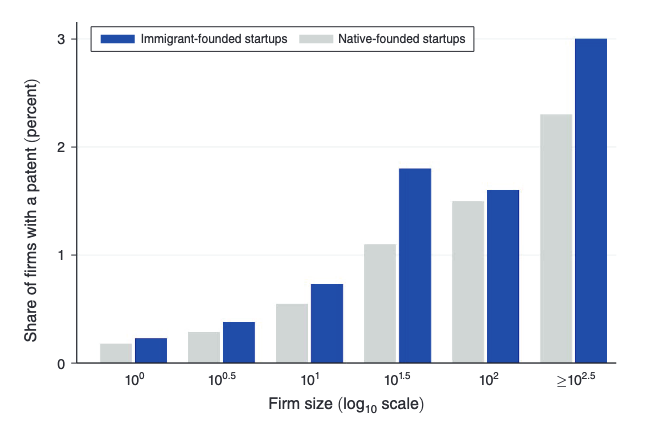 Figure 4 from their paper compares patenting activity from immigrant-founded firms with startups headed by native-born entrepreneurs. Examining tax and Census data combined with patenting records, the chart shows the share of firms that owned at least one patent, going left to right in size from smallest to largest. Overall, companies founded by immigrants (blue bars) were 35 percent more likely to have a patent than firms with a native-born founder (gray bars). This advantage carried across all firm sizes and was especially strong among the largest companies.

The paper suggests that, compared to native-born Americans, immigrants appear to play a stronger role in expanding demand for workers through entrepreneurship relative to their impact on supply. The findings offer important insights for how analysts think about the impact that immigrants have on labor markets.

"Immigration and Entrepreneurship in the United States" appears in the March 2022 issue of the American Economic Review: Insights.