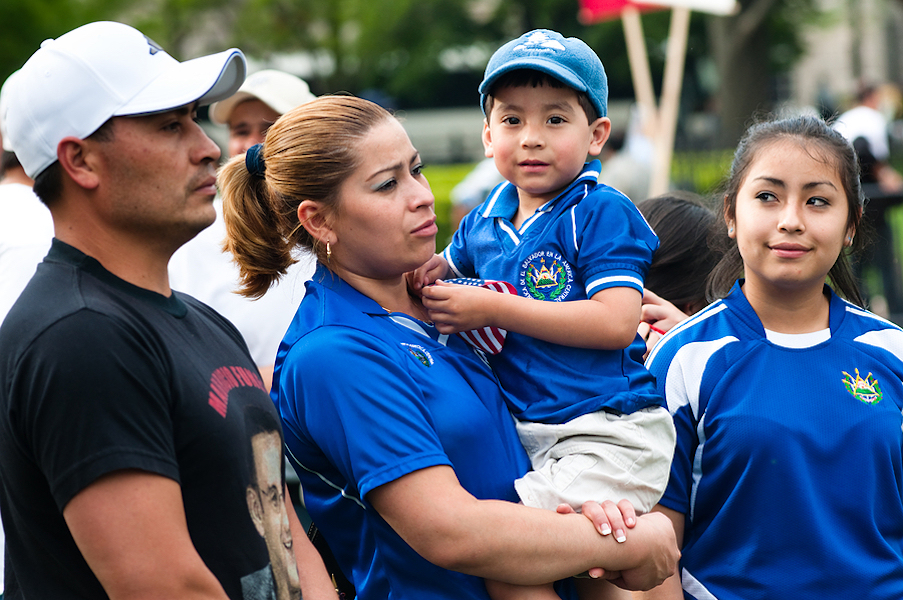 Yakelin Navidad holds her son Nelson Jose, 4, while her husband Nelson and daugher Gabriela, 14, look on at a White House rally of immigrants and supporters calling for legal reforms and an end to workplace raids.

The promise of America is equality of opportunity. It is supposed to be a place where anyone can achieve their potential.

And inherent to this “American dream” is that even the poorest immigrants to the United States have a real chance at improving their families’ prospects.

In the American Economic Review, authors Ran Abramitzky, Leah Boustan, Elisa Jacome, and Santiago Perez look back over 130 years to compare the upward mobility of children with foreign-born parents to kids with US-born parents.

They say that immigrants’ children do, in fact, climb the income ladder faster, especially among the poorest families. And today’s immigrants are no slower to move into the middle class than those of a century ago. 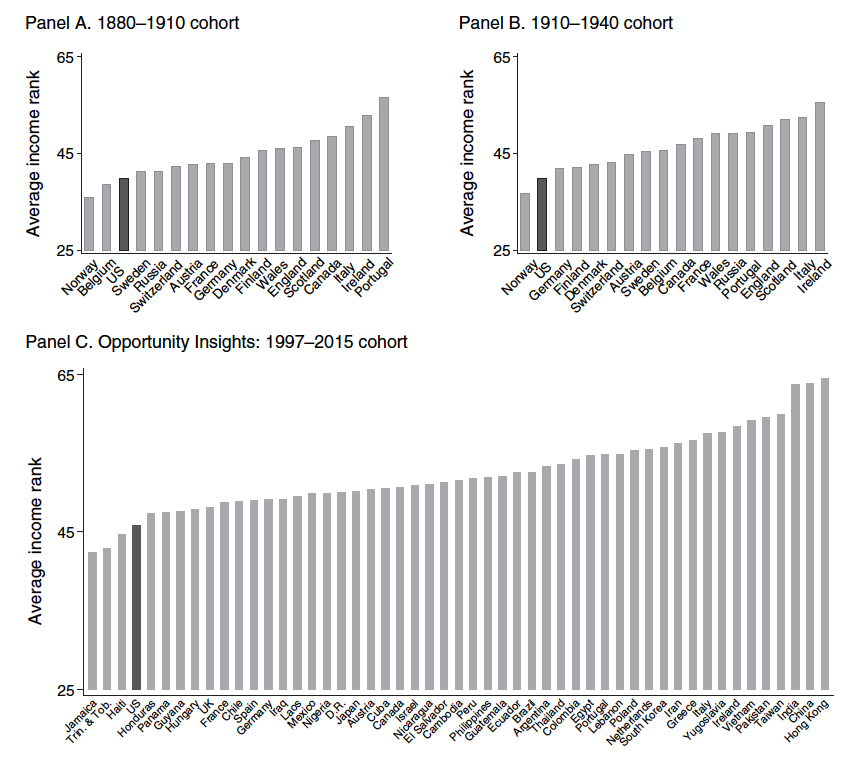 Figure 3 from the paper shows the average income rank for children born to fathers in the poorest quartile. The average income rank is plotted along the vertical axis and the father’s country of origin is along the horizontal. The figure shows that sons with fathers from nearly all sending countries in the past and the present were ranked higher than children of US-born fathers, indicated by the dark grey bar. This is true even though the overall makeup of sending countries has shifted. Today, immigrants from Asian countries, such as China and India, are especially upwardly mobile.

The authors go on to say that immigrants achieved these gains in part by settling in places that offered better prospects for their children.

Intergenerational Mobility of Immigrants in the United States over Two Centuries

Using millions of father-son pairs spanning more than 100 years of US history, we find that children of immigrants from nearly every sending country h...