A dearth of ideas 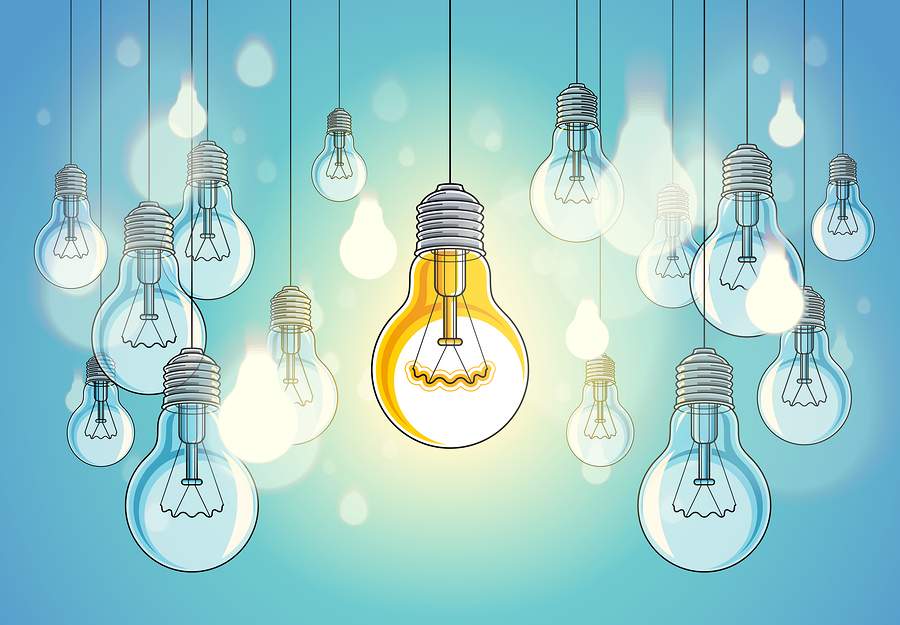 But will there be a point at which original ideas run out?

At least in the semiconductor industry, creativity seems to be slowing down.

The authors looked at research productivity and Moore’s Law, which states that the number of transistors packed onto a computer chip doubles every two years. That translates to a constant exponential growth rate of 35 percent a year.

Figure 4 from their paper looks at the number of researchers needed to achieve that growth. 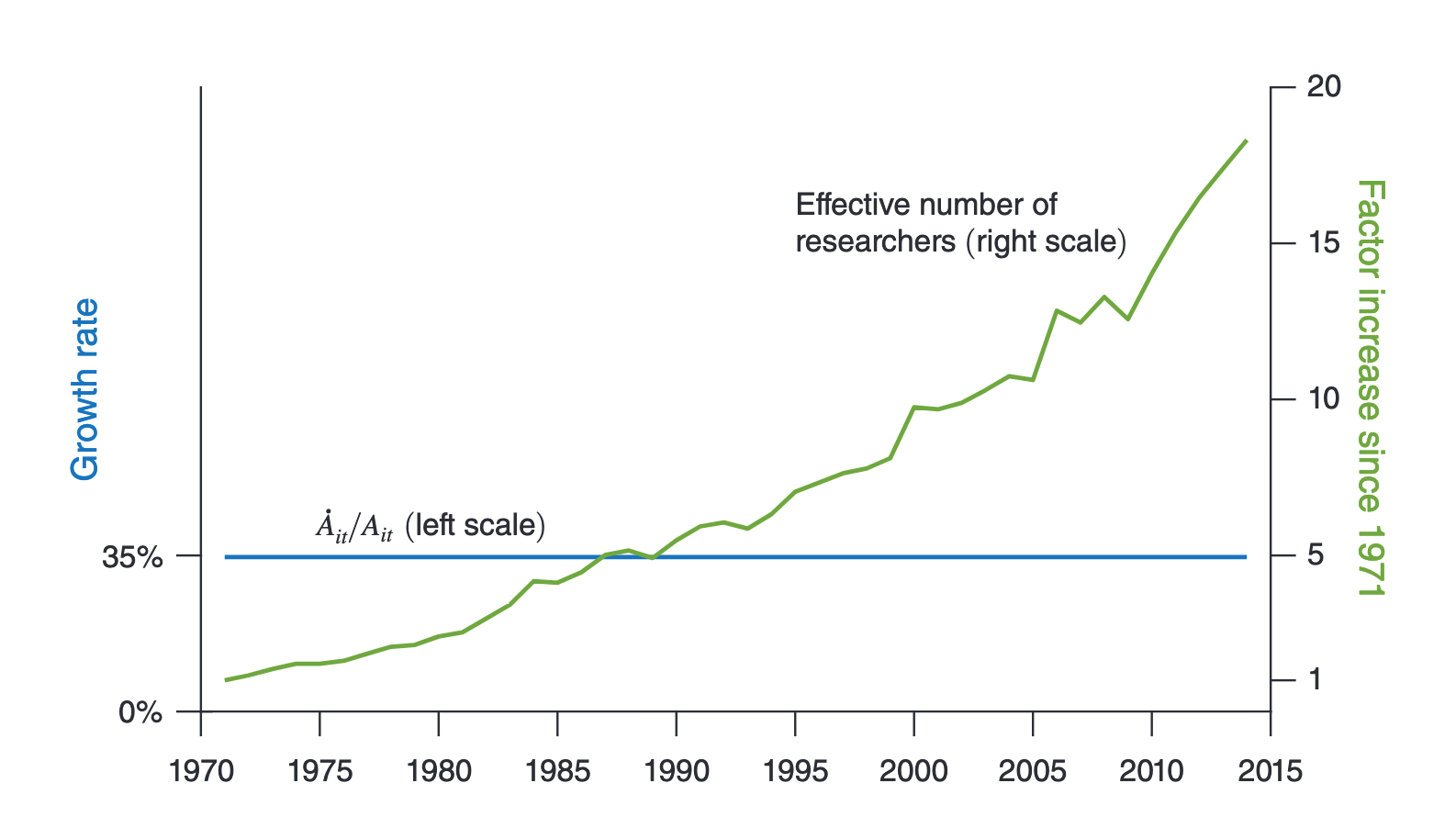 Moore’s Law is represented by the blue horizontal line set at the 35 percent growth rate. The effective number of researchers since 1971 is shown by the green line, marked along the right vertical axis. If humans were as productive as they were in the past, those lines would parallel each other. But that’s not what the data show. In fact, the number of researchers required to double chip density is more than 18 times larger than the amount required in the early 1970s. Research productivity in this case is declining at a rate of 6.8 percent per year.

The authors document similar results throughout the US economy, including agriculture and medicine. The findings offer important implications for the assumptions economists include in their models. Research productivity does not neatly track the number of experts dedicated to solving problems. If the growth rate of these research “inputs” were to slow down, then it would cause economic growth itself to fall.

Are Ideas Getting Harder to Find?

Long-run growth in many models is the product of two terms: the effective number of researchers and their research productivity. We present evidence f...